While Lulu has issues traveling by car, loud noises don’t seem to bother my 8-year-old pooch. But Fourth of July festivities can be stressful for some cats and dogs. If your dog has trouble embracing the concept of bombs bursting in air, take measures now to help make the holiday a bit more tolerable. Certified dog behavior consultants Amber Burckhalter and Chris Redenbach offer a few training tips for calming anxious pets. 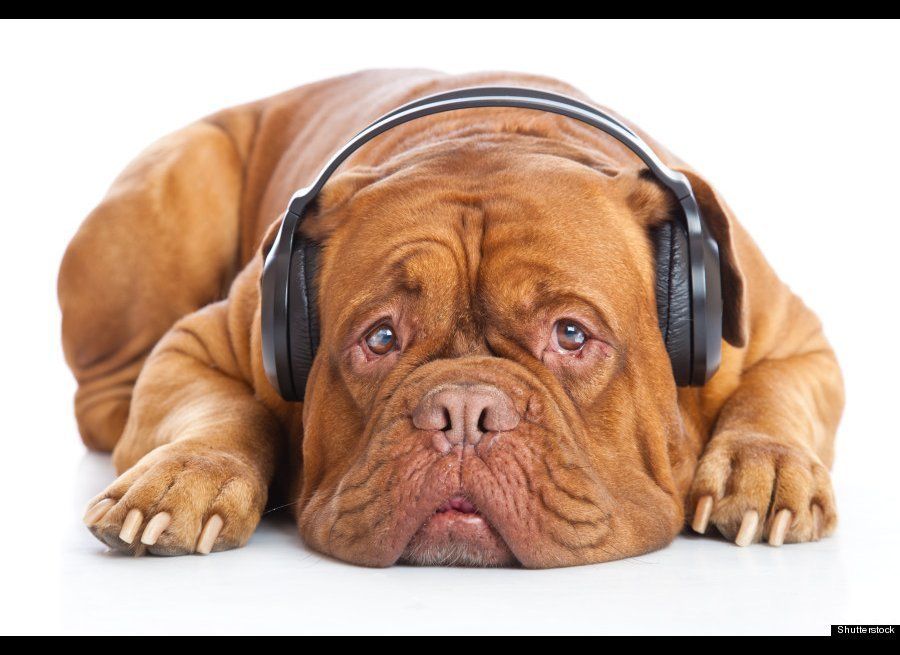 1 / 7
Music Matters.
Desensitize anxious dogs by introducing music or similar sounds. Redenbach has been introducing loud music to prepare her <a href="http://www.mnn.com/family/pets/stories/meet-the-breed-bouvier-des-flandres" target="_hplink">Bouvier des Flandres</a> for a potential parade of cherry bombs and Roman candles. (Fortunately, no neighbors live close by.) She also notes that desensitizing anxious pets can take time, so start early. Trial and error is part of the process. "There are some DVDs and CDs you can buy for dogs that are firework-phobic and gunshot-phobic," says Redenbach, owner of <a href="http://www.theparktrainingacademy.com/" target="_hplink">The Balanced Dog Academy</a> in Tucker, Ga. "For some it works; for others it doesn't." At K-9 Coach<a href="http://www.k-9coach.com/" target="_hplink"> Bed and Bark</a> in Smyrna, Ga., Burckhalter says that music does help calm the anxious beast. She expects a full house on the Fourth of July, and pooches will spend the big day chilling to soothing tunes from a music series called "<a href="http://throughadogsear.com/" target="_hplink">Through a Dog's Ear</a>." "It's music that's made for dogs," she says. "It uses different tones of music that cause a dog to feel calm and secure." <strong>Related: <a href="http://www.mnn.com/family/pets/stories/animal-psychologists-discover-the-music-that-pets-prefer" target="_hplink">Animal psychologists discover the music that dogs prefer</a></strong> In a 2002 study, psychologist and animal behaviorist Deborah Wells found that classical music had a soothing effect on dogs in animal shelters. Veterinary neurologist Dr. Susan Wagner led a separate 2004 study that discovered, "solo instruments, slower tempos, and less complex arrangements had a greater calming effect than faster selections with more complex harmonic and orchestral content." As a result of that research, "Through a Dog's Ear" CDs ($14.98) feature calming classical music such as Rachmaninoff's soothing "Vocalise" (<a href="http://throughadogsear.com/samples/Calm_Canine_Companion/Calm_Canine_Companion_02.mp3" target="_hplink">listen to it here</a>); there's even a "Driving Edition." Perhaps it's time to swap Beyonce's "Bootylicious" for Bach's "Prelude in D" during car rides with Lulu.
Shutterstock