Life happens within the realm of three, ever-changing phases: waking, dreaming and sleeping. Yet most of us intuit there's more to human consciousness than what we ordinarily experience.

What if the loss of this state were the cause for much of what ails us -- personally and collectively?

Scientists first proposed the existence of a fourth state of consciousness in the early 1970s, when UCLA researchers discovered that people practicing the Transcendental Meditation technique shifted into a state never before seen in a physiology lab. In the history of science, if there has been a single, overarching moment of "East meets West," surely, it was this. The pioneering research appeared in Scientific American, American Journal of Physiology and the journal Science. The findings were expanded by numerous follow-up studies done at other research institutes and medical schools, establishing meditation as a new frontier of scientific research.

The mind-body state associated with TM practice is very different from waking, dreaming or sleeping and distinct from other meditative states or ordinary relaxation. Your muscles become deeply relaxed while your breathing slows markedly. There's a sharp decrease in cortisol and plasma lactate. There's a natural re-balancing of biochemicals, such as serotonin. Changes in Galvanic skin response and other markers reflect a state of whole-body relaxation. But perhaps most interesting is what happens in the brain.

Neuroscientists know that when we're sleeping, our brain produces mostly delta waves, and during dreaming, theta. When we're awake, there can be a scattered mix -- beta, theta, gamma or even alpha. During TM practice there are widespread, high-amplitude alpha waves (10-12 Hz), which shows this is not merely a restful state, but restful alertness. More important, the alpha waves are rising and falling together, in phase. This EEG coherence -- strongest throughout the prefrontal cortex -- indicates brain functioning has become more holistic and integrated.

Typically, during this fourth state, thoughts subside and one becomes increasingly more awake; the mind settles down and consciousness itself becomes primary. Meditators describe this as pure consciousness or unbounded awareness.

Why We Need to Transcend

"We propose that what happens during TM is a fourth state of consciousness, because it's very different from the other three states," says neurologist Gary Kaplan, M.D., Ph.D., of New York University School of Medicine. "After 40 years of research, we now know that TM produces a unique, wakeful, coherent state of deep rest -- physiologically the opposite of stress. The science also suggests that experiencing this state twice daily through TM is the key to maximizing well-being and overcoming stress."

The fourth state may be a new discovery for modern science, but knowledge of this state has existed for thousands of years in the traditions of yoga and meditation. In ancient Sanskrit, this state is called turiya, meaning "the fourth."

Experiencing the fourth state repeatedly over time is said to be the key -- the elusive "requisite stimulus," to borrow from William James -- for positive human transformation and full awakening of consciousness.

When you're sleep deprived, you know what happens: alertness, reaction time, tolerance and appreciation of others and the world around you all diminish. You're not yourself, and you're probably less fun to be around.

If we're hardwired to experience a natural, rejuvenating, fourth state of consciousness, what is the consequence of omitting this fourth state from daily life? Dr. Kaplan says: "There's a growing pandemic of stress. There's a healthcare crisis. As a nation we have widespread anxiety, depression, hypertension and stress-related disorders that costs us billions every year, with untold costs in human suffering. This is what happens when life is lived without the restorative experience of transcending. Human history becomes the story of stress and suffering."

Restoring the Fourth State: A Return to the Self

What happens to people who routinely experience transcendental consciousness?

Renowned author Norman E. Rosenthal was a senior researcher at the National Institutes of Health for 20 years. He's now clinical professor of psychiatry at Georgetown University Medical School and oversees pharmaceutical trials. His new book, "Transcendence", is about what happens when you experience the fourth state twice daily. Dr. Rosenthal: "There's something about entering that state of transcendence twice a day that has a remarkable effect. In the morning, it seems to put the mind in a positive state for facing the day -- everything feels more manageable. In the evening, it seems to erase the accumulated burdens of the day, like grime off a windshield. When you enjoy transcendence twice a day, every day, the overall effect is to experience life as less stressful and more vibrant."

Iowa psychologist and TM instructor Patrick Pomfrey has used meditation as a clinical tool for decades, often prescribing it to patients. He sees transcending as the primary human mechanism for creating a higher state of mind-body health. "The ultimate goal of psychology is to develop the whole person," says Pomfrey. "But you cannot develop the whole person without including the whole person. To do this, each person must discover for themselves this lost experience of the fourth state."

Sages throughout history, from Laozi to Ralph Waldo Emerson, have sung the praises of this exalted "lost" state. Transcendental consciousness is the essence of who we are -- our inmost self. If we don't have an effective technique for diving deep within and taking our attention there, then this rich, vibrant field of all possibilities may remain virtually of no use to us. A person can live an entire lifetime not even knowing it exists.

Awakening to this state, we access a limitless wellspring of energy, creativity and intelligence. Even if we were already happy, when we start transcending we discover there's more to life than waking, dreaming and sleeping. 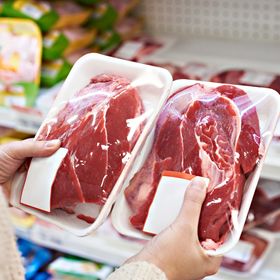 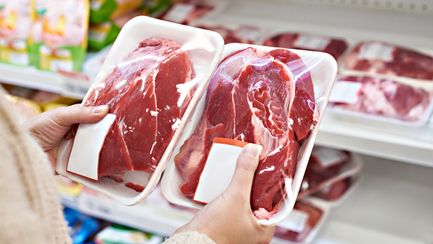