Friday night, my voice will be part of the chorus as the 38th Annual Macy's Fourth of July Fireworks erupt over New York City's East River and Brooklyn Bridge. The 25-minute show, which celebrates the 200th Anniversary of "The Star Spangled Banner," is dazzling and moving, but it doesn't just explode into the warm summer air. Many parts come together to create this spectacular evening.

As snow fell and temperatures hovered above zero, I joined about 20 singers -- volunteer members of Judith Clurman's NYC-based chorus, Essential Voices USA, as well as a few professionals -- to rehearse arrangements of "God Bless America," "The Star Spangled Banner," "America the Beautiful," and "You're a Grand Old Flag." On January 23rd, we gathered at a midtown studio to record the tracks. After each take, Clurman joined Macy's creative director William Schermerhorn and producer Randy Hansen in the booth to evaluate the sound. Sometimes we had to sing certain sections again -- sometimes the whole piece again. Eventually we finished each arrangement and completed our contribution.

That recording session was at the halfway point in a year-long process. Plans for this year's show began shortly after last Fourth of July when Schermerhorn, who has worked on the fireworks for 32 years, started gathering ideas and talking to Clurman about the possibility of working together. He had heard Essential Voices USA perform at Carnegie Hall and thought they would fit well with the material and the other artists involved. 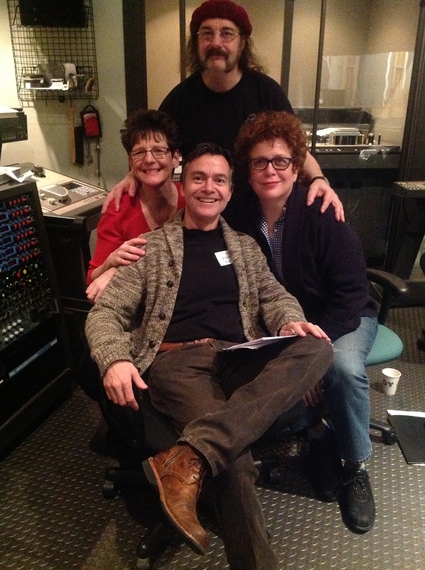 The all-female DIVA Jazz Orchestra, the Charlie Daniels Band, Billy Porter, and Idina Menzel, who sings the Star Spangled Banner, joined the chorus. "All these artists really know how to make the words come to life in whatever song they're doing," Schermerhorn said in a recent phone interview. "They have a way of digging deep into the lyric and really making it resonate."

The adoration was mutual. "I love getting in the studio with Bill Schermerhorn and Judy Clurman," Menzel said in an email. "We have a great love and respect for each other."

The next task was choosing the arrangers for the iconic pieces, which can be like a matching game. "Different arrangers can do different things well," Clurman said in a recent phone interview. "You need to figure out who is the best to work on each piece." Schermerhorn brought in Doug Katsaros, a jingle writer who has been working on projects for Macy's for about 10 years. Clurman contributed Nathan Kelly and found Ryan Nowlin after she heard his arrangements for Obama's second inauguration.

For the arrangers, one of the biggest challenges of writing music for the Fourth of July Fireworks is actually writing music for fireworks. Although the music is written first, sometimes the arrangers need to make adjustments. "I'll put orchestral hits in unexpected places," Katsaros said. "For example, the word 'Dawn' [as in 'by the dawn's early light'] might have an explosive smash. There are spaces for the voices to be heard and then little pauses in the song where the fireworks are heard." 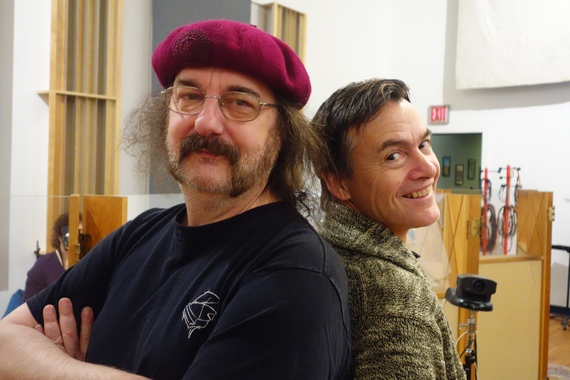 
The arrangers must also consider that the music will be heard outside as opposed to in a concert hall, and with a small number of singers the chorus had to adjust as well. "I could not have my chorus sing American standards, such as 'Grand Old Flag,' as if they were singing the Mozart Requiem," Clurman said. "I had to get the right sound that would sound right out of doors and for television and radio broadcast."

"Grand Old Flag" will open the show and set the standard with a fanfare that will not only reach across the river but captivate the audience. "The listeners need to hear the familiar, smile the second they hear the music, and feel as if they are part of the chorus," Clurman said.

The instrumental tracks were recorded first, followed by the vocals. Even with weeks of rehearsals, it all comes down to what's recorded in the studio, and there is not much time. "No matter what happens, you need get the job done," Clurman said of the recording experience. "You cannot waste a second. I had to edit some choral parts during the session. Everyone on the team, chorus and production, had the skills to work efficiently and quickly."

With the music set, the final layer was added: the fireworks design. "It's sort of like ballet in that the music comes first and then the fireworks are the dancers that dance to it," Shermerhorn said. Schermerhorn stressed that the music accompanying the fireworks is not a playlist but a score, with songs reprised with different arrangements and instrumentation. "My Home," with lyrics by Schermerhorn and music by Katsaros, for example, will be first performed as a country rock anthem and then return in a simpler, choral a cappella version. 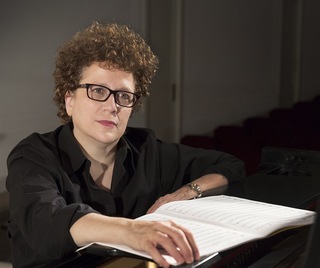 As the music moves from the bombast of patriotic anthems to the introspective "America the Beautiful," a sonic story is unfolding. "A quiet, beautiful moment is as important as a loud one, especially during the fireworks show," Clurman said. "It reminds us to be thankful and think about what freedom means."

On the night of the fireworks, Schermerhorn will be in a truck along the East River. The music has been mixed, the fireworks designed, and the camera angles for the NBC broadcast solidified. Thousands of people have gathered to watch from rooftops and in front of televisions. A year of preparation, and it's finally time. "My favorite moment is when I get to say that we have the clearance from the coast guard and the fire department that we can fire," Schermerhorn said. "When we go 3-2-1 and you watch those shells go up from the barges and the Brooklyn Bridge, it's going to be an exciting moment."