Well, at least they got the name right.

Fox 5 News, the local affiliate for the New York City metropolitan area, visited the Apple store on 5th Avenue in Manhattan to profile a few of the dedicated fans already waiting in line for the iPhone 5. The story did everything you would expect it to: A street reporter gave some background, talked to a couple of the folks camped out on the sidewalk, and then provided a few details on what makes the iPhone 5 special enough to warrant waiting on the cold New York streets.

The only problem? It appears that Fox mistook the real iPhone 5 for a pair of futuristic concept "iPhone 5" videos made by Aatma Studios way back in August 2011. Fact check: The iPhone 5 does not actually have "a laser keyboard" or "holographic images." Also, the real iPhone 5 was released last week, 2012.

You can watch the clip, uploaded by YouTube user ralphardi, below:

The iPhone 5 will go on sale in stores on Friday. New features include a larger 4.0-inch screen and 4G LTE capability, but no lasers and holograms. Good thing, too, or Samsung would have had to update its most recent Apple-bashing ad.

A Fox 5 spokesperson could not be reached for comment.

UPDATE: Fox 5 has issued a correction to the story on its website:

One clarification: the iPhone 5 will not have features such as holographic imaging and laser keyboard as depicted in a YouTube video and reported by FOX 5 News on September 17, 2012.

Below, check out another awesome concept for the iPhone 5, but note that it IS NOT the actual device. (For more on the real iPhone 5, check out a rundown of the device's features, have a look at some early photos and then see the 7 things it has that the iPhone 4S doesn't have.) 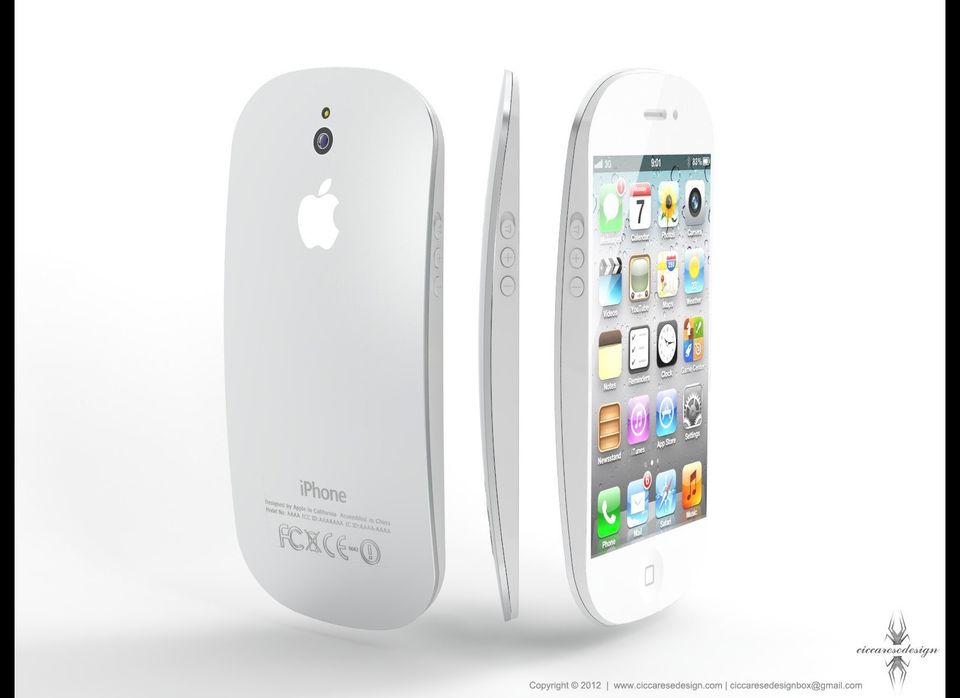 1 / 4
Front, Back, and Side Views
CiccareseDesign