President Obama held a lavish, star-studded 50th birthday party for himself at the White House on Thursday.

Politico compiled an exhaustive list of some of the many people who showed up, including:

Celebrities like Jay-Z, Tom Hanks, Hill Harper, Stevie Wonder and Charles Barkley also showed up. It was your usual fancy White House 'do.

But that's not how Fox Nation—the weird aggregating cousin of Fox News—sees the affair! To them, the whole thing had a different flavor. As of this writing, this is how the site is characterizing the party: 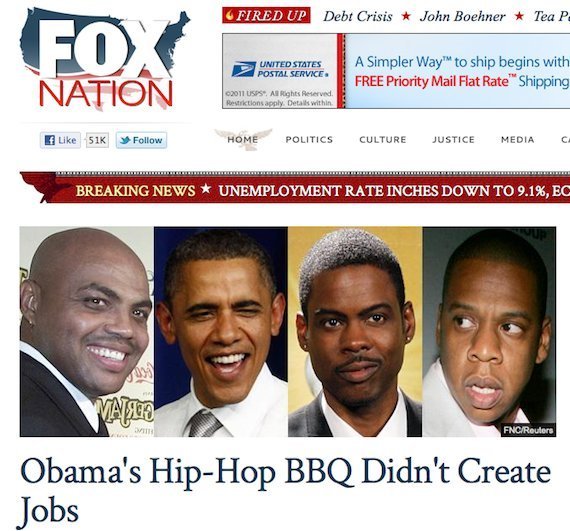 Say what you will—Fox Nation knows how to keep things unique. We also love the url for the item:
http://nation.foxnews.com/president-obama/2011/08/05/obama-parties-chris-rock-jay-z-and-whoopi-while-rome-burns