I apologize for a prior inadvertent misstatement in the piece below that Fox News had not carried the president's health-care reform speech Wednesday night. It was, as has been corrected in this post, the Fox Television Network, not Fox News, that chose not to cover the address. Again, I apologize for the unintentional error and any confusion it may have caused during the several hours that the error remained. -- Andy Ostroy 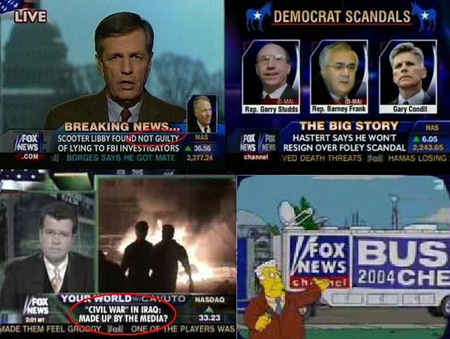 So President Barack Obama on Wednesday night gave the most important speech of his presidency on an issue, health-care reform, which has taken center-stage in American politics over the past several months. Every single major network and cable-tv news network carried the prime-time address live...except the Fox Television Network, which chose instead to air its hit reality program "So You Think You Can Dance." Talk about side-steps.

How better to continue dumbing-down your audience than to censor what they see and hear that just might spoil their partisan delusion. Why give them another side of an issue? Why expose them to a radical/socialist/communist/fascist/terrorist like Obama, right? (can you actually be all of those things at the same time, as he's been accused?) Why let your viewers see the speech and make up their own minds? Because that would spoil the fun and prevent despicable blatant liars like Sean Hannity, of the Fox News "Fair and Balanced" cable network, from deceiving its audience with its decidedly unfair and unbalanced reporting.

For example, on his program after Obama's speech, Hannity, during an interview with Republican pollster/analyst Frank Luntz, said that Obama"said tonight that insurance company executives are bad people!" " But if his viewers had actually seen the speech, they'd know what the president actually said: "Insurance executives don't treat their customers badly because they're bad people; they do it because it's profitable." Really Hannity? The president called insurance company executives bad people? Seems to the rest of the non-lying world that he actually said just the opposite. But I suppose the truth doesn't matter when you're the unfair and unbalanced network.

At least Obama had a good-natured sense of humor about it all as he rehashed his key points to attendees at a rally Thursday:

"Just in case folks weren't tuned in last night ... if they were watching So You Think You Can Dance. A show Michelle likes, by the way."

So You Think You Can Dance. Need I say more....