Last week, I wrote "5 Things You Must Tell Your Grandma About The Ads On FOX News So She Doesn't Get Scammed." The article detailed the shady and criminal business practices of many of FOX News' most frequent advertisers -- especially Goldline and Cashcall. In order to draw my conclusions, I took copious notes on the 150 commercials that ran between noon and 5pm on FOX News*. It was my most popular post, ever. 520 comments, nearly 500 social shares and 317 people clicked the "Pulitzer" button.

For this new post, I've gone back and re-watched the same 5 hours** of FOX News. You'd be surprised how much blood spilled from my eyes this time, what with the scars from last week still raw and moist. Anyway, this time I didn't look for scams. I looked for African Americans. 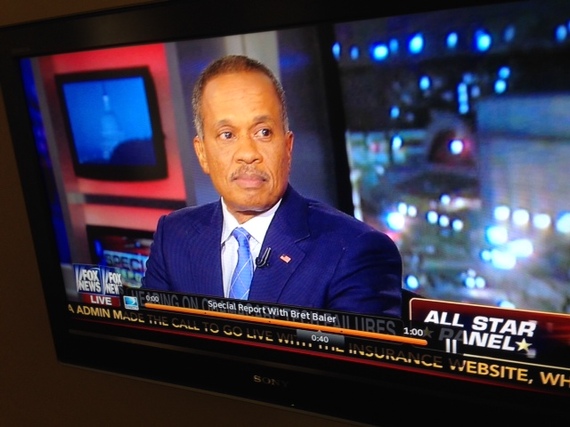 During 5 hours of programming, Juan Williams was one of just two African Americans to appear live on FOX News.

Why African Americans? Well, it's been just about a year since Mitt Romney's loss and since then, there's been extensive talk about making the Republican party -- and by extension, I guess, it's media mouth piece, FOX News -- more inclusive. Last week, in fact, I thought FOX was headed in the right direction when I overheard Bill O'Reilly exclaim "Can't touch this!" Turns out he was just talking about his guns and was not discussing immigration with MC Hammer.

Anyway, here now, the results of my investigation. And as a reminder: none of the following will contain my opinion. I'm just sharing facts. For the uninitiated, "facts" are those things which are incontrovertible. They are 100% verifiable. Facts do not have two sides. 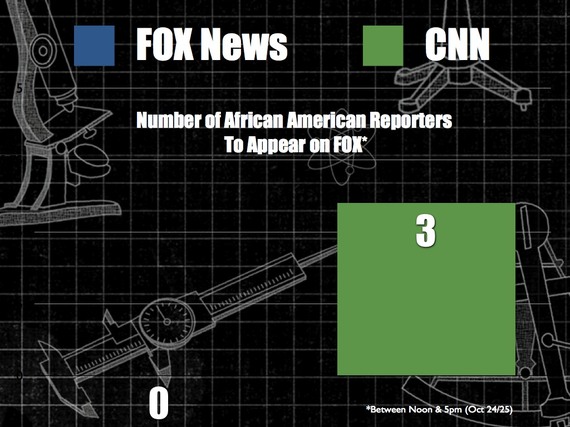 Nearly 20 people who are not FOX News contributors, reporters or analysts, were interviewed live by the FOX News hosts in their studio during the 5 hours of news coverage. Some people appeared in studio, some appeared live via satellite. However, none of those interviewed live were African Americans. 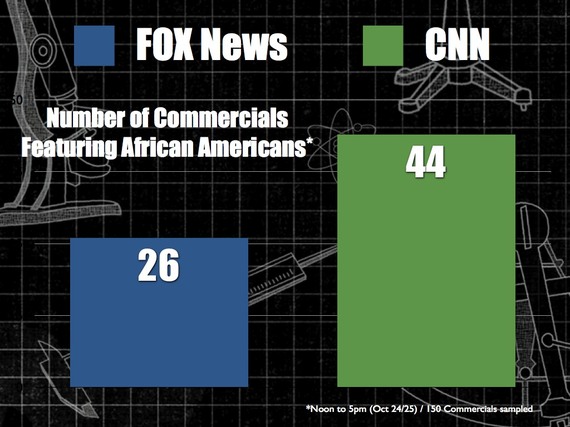 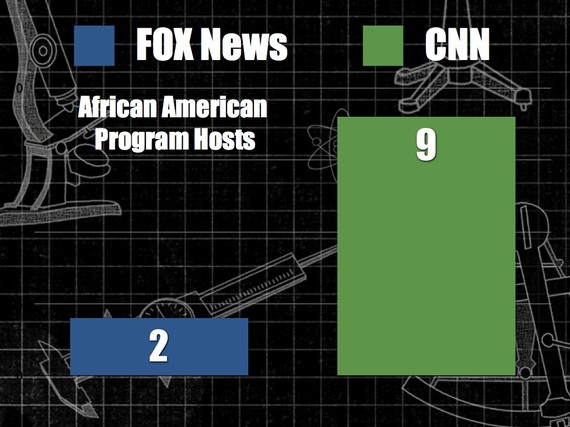 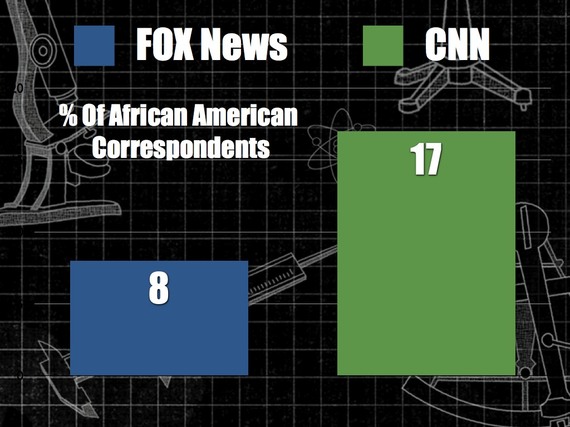 So, there you have it. I leave it to you to form your own conclusions.

As they say on FOX News, "We report. You decide."

Jon Hotchkiss is the creator of the new 6 hour science series, This vs That, which he invites you to see now. You can reach him, here.