This screenshot of a Fox News chyron FAIL has made the rounds before, but after seeing it posted on several blogs today, we just had to share it.

Postal abbreviations can be problematic, but none more so than the one for Maine. Either that, or this reporter has some seriously inappropriate feelings for President Obama (but considering this is Fox News we're talking about, probably not).

Check out the unfortunate choice of chyron below and scroll down for even more Fox News FAILS. 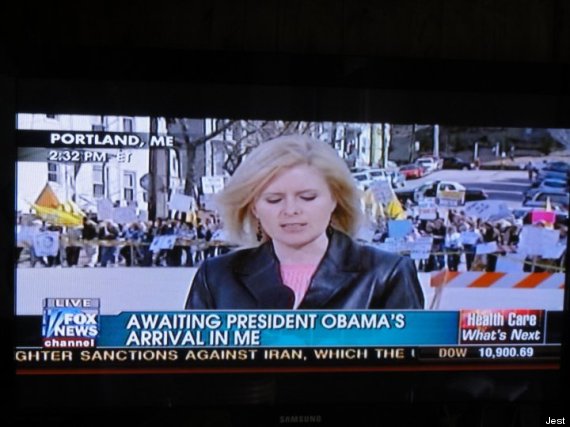