It looks like the conservative media has found something new to scare the children: Oprah.

The talk show queen made headlines last week when she told the BBC that racial progress will move forward when older generations of racists "die," and that President Obama has faced racism during his time in office.

Most of the world moved on relatively quickly, but Oprah's comments have been re-litigated for days on Fox News and conservative radio.

Bill O'Reilly talked about it.

Mark Levin freaked out about it.

"The Five" went on multiple rants.

Our favorite thing, though, is this "Hannity" commercial, which basically makes Oprah seem like the second coming of Freddy Krueger: 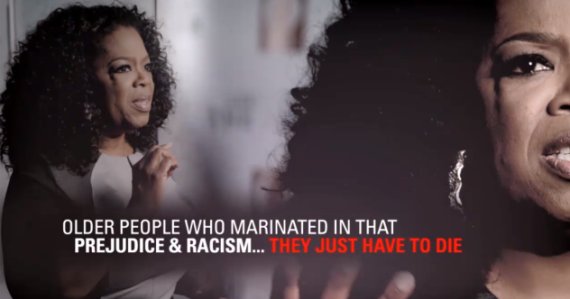