President Obama this morning took his 2010 Question-And-Answer Tour to the Senate Democratic Caucus, a few days after his foray to the House GOP Retreat in Baltimore turned into must-see TV.

Last time, Fox News was criticized for cutting away from the Q&A early, presumably because it was inadvertently televising one of those rare occurrences where the president was just straight up kicking the ass of his political opponents. Or, as Jon Stewart quipped, "We're going to cut away because this is against the narrative we present." 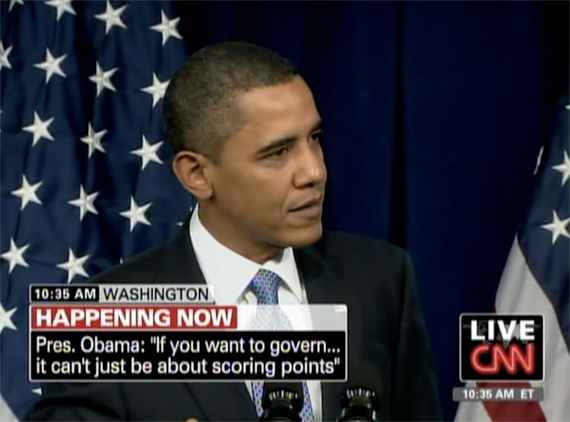 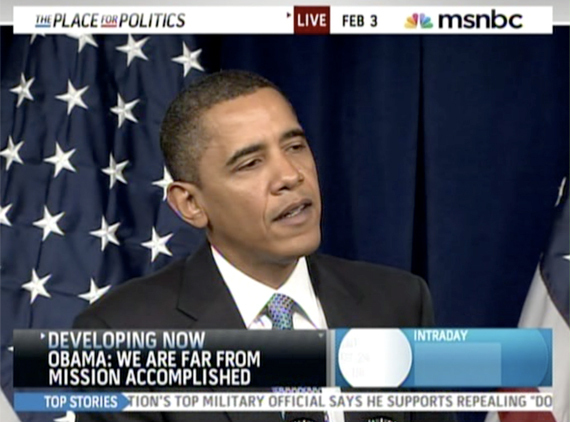 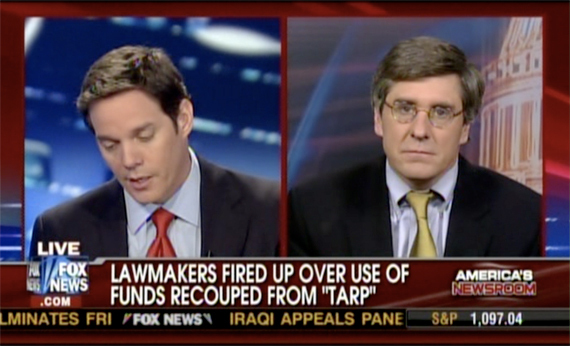 Those screenshots were grabbed pretty early on in the session. I checked a bit later on to see if Fox jumped back onto the story. Uhm, no. When I looked, their chyron read: "Book Reveals Cat's Ability To Predict Death." So, health care policy, I guess?

Meanwhile, if Fox News couldn't be bothered to televise the session, this week's awkward cable news cut-away goes to MSNBC, which briefly ceased its live coverage of the Q&A after Obama urged the Senate Democratic Caucus to stop paying attention to them!

The relevant portion of Obama's exchange with lawmakers went like so:

We should not underestimate the American people's willingness to say, "Okay, I've got it." And there are still going to be disagreements. Some will disagree with us. But we have to constantly make our case, I think, and not play an insider's game. Play the outsider's game. The last point I would make: Do you know what I think would make a difference? If everybody here excused all the members of the press who are here, if everybody here turned off your CNN, your FOX, your -- just turn off the TV... MSNBC, blogs, and just go talk to folks out there instead of being in this echo chamber where the topic is constantly politics. The topic is politics. It is much more difficult to get a conversation focused on how are we going to help people than a conversation about how is this going to help or hurt somebody politically. And that's what the American people are just sick of. Because they don't care, frankly, about majorities and minorities and process and this and that. They just want to know: are you delivering for me? And we've got to get out of the echo chamber. That was a mistake that I think I made last year was just not getting out of here enough. And it's helpful when you do.

That's when MSNBC, snittily, broke away from the proceedings.

DAVID SHUSTER: President Obama encouraging all the lawmakers in that room, all the senators, to turn us off. Don't pay attention to the echo chamber. We're going to use our authority to be able to essentially turn off the president's feed for now. We're still going to monitor it and we're going to keep a close watch on the questions that Senate Democrats in the caucus asked the President. We will turn around the sound as it gets more interesting but, again, for the second time in the last 15 minutes, another emphatic expression by the President about health care and the need to get a complicated bill done because it is a complex process.

Don't worry! They went back to the Q&A as soon as they deemed it "interesting!"