Fox's Glee is a hit, again.

Tuesday night's return of the singing and dancing series scored its best ratings ever, pulling in 13.7 million viewers, which is a vast improvement over its series premiere numbers last year (9.6 million).

News of a ratings smash should come as no surprise to the millions of dedicated fans, otherwise known as "gleeks." Social networks are constantly abuzz about the Fox series and watch parties are popping up all over the country.

Perhaps the most obvious fan base is the Broadway community -- last year the New York Times mentioned that the teenage cast of Bye Bye Birdie gathered after their show was over to watch Glee. Similar gatherings are still taking place, including amongst college students, as happened last night at an outdoor screening of the show on Columbia University's main campus. 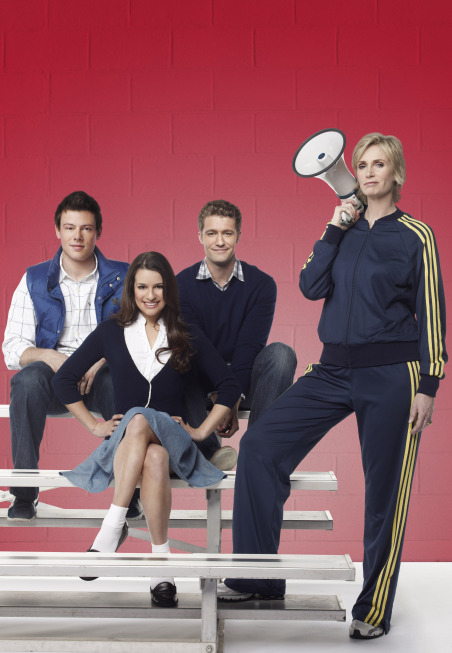 Who knew that a show that followed a dysfunctional high school glee club, complete with stereotypical characters straight out of a John Hughes script, would turn into a major phenomenon, one that spawned CDs, a national concert tour and a performance at the White House? Certainly not the show's co-creators, Brad Falchuck and Ian Brennan.

"I thought that it would kind of be like a niche hit that was good and people liked," Brennan said. "But, somehow it just struck a chord with people, and that is a real, real pleasant surprise."

What might come as a real surprise, however, isn't the ratings success or number of record sales, rather a "real world" change that has been occurring in schools around the country.

With increasing educational budget cuts sweeping the nation, arts education is often one of the first programs to get slashed. Just as Glee was airing on Fox Tuesday night, the community of Fowlerville, Michigan announced it would be cutting band and art programs due to budget reductions.

"I actually heard from a guy who worked I think in the public school system somewhere in Washington state and he was like yes, we're having tons of problems," Brennan said. "He was like the one thing no one is touching now is Glee Club, which is such a fascinating blow back from this show."

An elementary school principal in Utah sees Glee's musical message as a way to inspire students to sing, despite the fact that their budget has no place for choir.

"It's a great teaching opportunity to get two songs and mash them together like they do on the show," the principal told the Salt Lake Tribune. "It would be an awesome thing to find the right parent who could form a glee club and do some modern music."

While most prime-time programming is filled with cookie cutter procedural dramas and a seemingly endless number of Law & Order spin-offs, all merely teaching kids how to dispose of a dead body, Glee has quickly turned into a show advocating for a positive change in America, even while maintaining its cotton candy sweetness.

As President Obama and his family watched the cast of Glee perform at the recent White House event, an idea occurred to Falchuck. "I would encourage [the Obamas] to get Congress to mandate it as some kind of a law that everyone in the country has to watch [Glee]. Call it the Glee Reform."

If that Glee Reform called for arts funding in public schools to be increased across the country, it would certainly have my seal of approval.