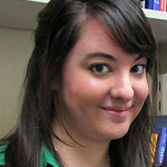 Southwestern University senior Danielle Ezzell will graduate in May 2014 with a Bachelor of Arts in Communication Studies. She has recently completed her capstone research seminar under the tutelage of Valerie Renegar, associate professor of communication studies. Danielle will pursue a career in visual communications after graduation.

The topic of masculinity is an important one within communication and feminist studies because it is a confining, hegemonic social code that dictates how men should act. If men are not considered "masculine" in today's society then they are typically ostracized, labeled "queer," or bullied. This study examines specific examples of how each male character challenges hegemonic masculinity, thereby representing a new masculinity within the show. Scholars have discussed gender theory in response to feminism, but most everything that was found was from the early millennium or before (Butler; Wood and Inman; David; and Brannon). In the decade or more since this research was conducted on gender dynamics on television, there have been significant changes and modernizations. For example, "New Girl" is a vastly different show from "King of Queens" and it provides a different approach in that it displays a wide variety of masculinities performed by the male characters, despite the fact that they are all heterosexual, 30-year-old men.

Since a variety of different characters, and their friendships with each other, are discussed, this study is organized into several parts. Each section will be a gender characteristic that is considered important to hegemonic masculinity. Within each part there will be a brief explanation of what the characteristic is, various examples of how a single character or the relationship between two characters on the show challenges this characteristic, and then a discussion about what this means and how this affects our understanding of hegemonic masculinity. The characteristics that will be studied are the four themes of Deborah S. David and Robert Brannon's The Male Sex Role: No Sissy Stuff, The Big Wheel, The Sturdy Oak, and Give 'Em Hell (Brannon). The "No Sissy Stuff" section addresses the hegemonic masculine characteristic that doesn't allow crying, isn't conceited about looks, and is direct. "The Big Wheel" embodies dominance, business skills, self-confidence, and ambition; the "Sturdy Oak" is unemotional, not excitable in a minor crisis, and able to separate feelings from ideas; and last but not least, the "Give 'Em Hell" is not uncomfortable about being aggressive, adventurous and competitive. These four categories embody the characteristics of hegemonic masculinity, and will make it much easier to divide this study into basic parts.

Fox's primetime situation comedy "New Girl" tells the story of Jess, a zany teacher who moves into a loft with three very different men, and the various shenanigans that ensue. The three men she lives with are Nick, Schmidt and Winston. Nick is a perennial underachiever and grumpy young man originally from Chicago; Schmidt is an overly confident Jewish ladies' man from Long Island, New York; and, Winston is a competitive former basketball player from Chicago and Nick's childhood friend. Aside from these main male characters, there are also temporary male characters that present their own versions of masculinity.

An example of Schmidt's character performing contrasting characteristics to the "No Sissy Stuff" archetype is in the "Jess and Julia" episode in season one when he gets out of the shower and begins complaining about the presence of two women in the bathroom: Jess and Nick's girlfriend, Julia. Jess' response to his complaint is, "80 percent of the hair products in here are yours," to which Schmidt replies, "Blah, blah, blah, yawn, yes, I use sculpting chutney..." This highlights an aspect of Schmidt's "metrosexual" obsession with his looks as it clearly states that he cares more about his looks -- evident in the number of products he has for his hair or face -- than Jess does. This combats the stereotypical image of women always having fifteen different bottles of various products while the men just have one and a bar of soap. In this case, Schmidt is performing the feminine role by having the majority of the products in the bathroom.

A "Big Wheel" example for Nick is manifested in the temporary character of Russell, the father of one of Jess' students and the third largest donor to the school. In "Fancyman P. 1" in season one, Russell makes his entrance by offending Jess and telling her how to do her job, insinuating that she is a bad teacher. Jess' boss tells her to apologize, after Jess tries to defend herself, so Russell does not pull his donation. She goes to his house with Nick and evidence of his wealth surrounds them as they walk through the house. When they discover his office, Nick falls in love with the aura of manliness and power that it gives off. He picks up a wooden duck off one of the bookshelves and tells it, "I want to kill you...because I respect you. I think I understand hunting!" The idea that Nick is so smitten with the idea of masculinity and power highlights the fact that he does not possess it himself. By going around Russell's office and picking up various items, wearing Russell's sweater and sitting in his chair, Nick is expressing the desire for such masculinity and showing the lack that resides within him. Russell's character, on the other hand, as an older, manly figure is positioned in such a way so that the three main male characters -- Schmidt, Winston, and mostly Nick -- could look up to him almost as a true father figure. He is the representation of traditional masculinity and compared to him, Schmidt, Winston, and Nick are seen as lost amateurs struggling for their masculine identity.

A major example for the "Sturdy Oak or Flimsy Ficus," section occurs in the "Models" episode of season two. In this episode, Schmidt gives Nick a cookie and gets upset when Nick does not understand why he got it for him. Schmidt's response to Nick's confusion about the random gift is a simple. He says, "Because I was thinking about you." Schmidt's incredulous anger is caused by Nick telling him that he does not think about Schmidt at all. The next encounter in the episode between the two of them results in a fight in which Schmidt is very emotional and Nick is still trying to figure out what is going on. During the argument Schmidt exclaims, "I'm a human being and I'm entitled to my emotions!" Nick responds with an incredulous, "Are you crying?!" Schmidt then denies it, and Nick exclaims again, "Are you seriously crying, Schmidt?" Nick then tries to make it better by getting Schmidt a cookie too, and Schmidt says its terrible. Nick then breaks down and says he does not know how to fix it. Nick starts crying and Winston encourages him to "let it out." The three of them embrace and hug it out. This episode is essentially a learning situation for Nick. By seeing Schmidt allowing his emotions to surface and Winston taking Schmidt's side, Nick comes to terms with the idea of becoming emotional himself, even if his emotions are not to the same degree as Schmidt's or even Winston's. This episode involves two male characters who are comfortable with expressing how they feel and one who learns that being emotional and thinking of others is not a negative thing.

The last section, "Give 'Em Hell," is the only section in which the characters displayed both sides of the traditional gender characteristics: the aggressive competitiveness and the passivity. The following examples portray competitiveness and what it communicates to the audience. In the "Wedding" episode of season one, Winston gets competitive with a kid over his usher job. To prove himself adequate, he constantly tries to one-up the kid in every usher situation, but the kid always manages to beat him. In "Bells" in season one, Winston invades Jess' after-school musical program in which she has the students play the bells. Winston is a natural and starts making the students feel bad and discouraged because he's too aggressive in his attempt to make them better. While each of these examples portray Winston as an aggressively competitive character, and thus allowing him to fit right into the "Give 'Em Hell" set of hegemonic masculine characteristics, both examples position his competitiveness as childishness. In both "Wedding" and "Bells," Winston is competing against children, symbolically putting him on their level. Because the competitiveness is positioned this way, these examples do not condone these hegemonic masculine characteristics so much as they make fun of and ridicule them.

This study is aimed at answering the question of whether or not "New Girl" challenges hegemonic masculinity. While the simple answer is "yes," the more complicated and accurate answer is that the masculine characters depicted in "New Girl" represent the average, modern day man. The study of this situation comedy in particular is especially important in conjunction to masculinity studies because there are such a variety of male characters present. No two characters are alike, and yet each one of them manages to break out of the hegemonic masculine mold, thus proving that the mold is almost completely inaccurate. Instead of reinforcing the strict hegemonic gender roles of masculinity, "New Girl" creates a new brand of masculinity that really is not masculinity at all.

This study has proven that, based on the character traits exhibited throughout the first two seasons and the examples provided, the masculinity exhibited by the male characters in "New Girl" exists somewhere on a spectrum between hegemonic masculinity and femininity, thus they are performing a new kind of masculinity. For a critically acclaimed, primetime, situation comedy to depict characters displaying this new kind of masculinity, as opposed to hypermasculinity or effeminacy, is important because it is setting a standard for the presence of realistic men in the media, thus encouraging men to perform the gender role they are most comfortable with, instead of what is expected, without stigma.