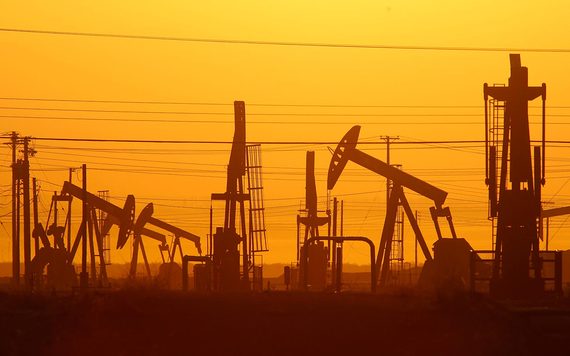 Fracking is not the bridge to a sustainable future that politicians and energy companies claim it to be.

Good news! The drinking water in Maryland shall remain nonflammable for at least the next two years!

On June 1, 2015, Maryland Governor Larry Hogan allowed an anti-fracking bill to become law without his signature. The new law prohibits Maryland regulators from issuing fracking permits until October 2017. However, although this policy represents a victory for the public interest, it is much too early to celebrate.

Besides the temporary ban on permits, the new law also demands that the state adopt regulations for the fracking well-stimulation process by late 2016, indicating future plans to frack in Maryland. After all, it would be pointless to create regulations concerning a practice that the government never planned on allowing. Thus, the general public must stay engaged in this battle against fracking and not give into the naïve hope that this temporary ban is a permanent win.

But wait - isn't the natural gas that fracking produces supposed to be environmental? It's true that President Obama and many other politicians have endorsed fracked natural gas as a "bridge fuel" - that is, a fuel that can help America transition into a green economy - because natural gas releases about half the amount of carbon dioxide that coal does. But the American public must understand this "bridge fuel" claim for what it really is - false, harmful, and painfully shortsighted.

The notion that natural gas is a cleaner fuel than coal or oil is based on emissions measurements from gas extracted through conventional methods, not fracking. A 2011 study from Cornell University found that methane emissions from fracked gas "are at least 30 percent more than and perhaps twice as great as those from conventional gas," because methane is released in every stage of the fracking process. Unfortunately, methane traps heat 34 times more effectively than carbon dioxide does. This means that fracked gas has a greater greenhouse gas impact than oil and may have as much as a warming impact as coal does over the long-term.

Even if the injection of highly toxic chemicals into the ground that fracking requires could be accomplished without poisoning local groundwater supplies, and even if the highly toxic waste that fracking produces could somehow be safely disposed of - two scenarios that both currently remain doubtful - these harmful methane (and carbon) emissions from fracked gas will remain. For this reason, fracked gas should not be viewed as a clean fuel, and utilizing it will most certainly contribute to the 2 degree Celsius global warming limit - the surpassing of which scientists predict will lead to extreme droughts, rising sea levels, and mass extinctions - that we are already well on our way to approaching.

Not only is fracked gas not necessarily cleaner than other fuels - it was also never meant to be a bridge fuel in the first place. If you don't believe me, just look at the future plans of fossil fuel companies. Corporations such as Chevron and Shell, both of which carry out major fracking operations, are planning to invest billions in new fossil fuel projects over the next ten years - investments that will not pay off unless these companies are allowed to keep exploiting the planet for decades. Chevron's $54 billion gas development project and Shell's planned $12 billion offshore floating gas facility, both located in Australia, are just two of many examples. Why would corporations make such investments if they intended to completely transition to renewable energy sources anytime soon? Spoiler alert: they don't intend to.

Finally, claiming that fracking is a bridge to a greener economy raises the question of why such a bridge is needed in the first place. Why not, as so many other countries are already doing, just simply invest directly into 100 percent clean energies that have no risk of pollution or groundwater contamination? The technologies and government plans for this to work are already available. Countries such as Denmark and Germany are now meeting over a quarter of their energy demands using renewables, and by 2050, each country plans to eliminate their dependence on fossil fuels. For the sake of its shorelines and the health of the Chesapeake Bay, Maryland would do well to follow this example.

If we want to have any chance of keeping warming below two degrees Celsius, we need to start the process of clean energy subsidization and investment immediately. It is time for a radical shift away from all types of fossil fuels in our state economy. Healthier, greener options already exist; we need only to summon the willpower to enact them. Therefore, when the fracking moratorium expires and it comes time, once again, to say "no" to fracking in Maryland, let this "no" resound permanently into this beautiful state's future.

Scott Novak is the editor-in-chief of The Independent and founder of the Rollins Coalition for Sustainable Investment, a fossil fuels divestment campaign at Rollins College.

Editor-in-chief of The Independent, Founder of the Rollins Coalition for Sustainable Investment