Facebook, "South Park" and perhaps an image makeover are what the dirty gas industry needs to clean up its reputation.

Just a few short weeks ago the Colorado Oil & Gas Conservation Commission was described as having its collective "ass kicked" when it came to hydraulic fracturing. A Colorado natural gas executive said the problem with the industry is that it is not on Facebook and not watching enough South Park... Really.

During the conference, "Enhancing Shale Oil & Gas Development Strategies" in Denver, Tisha Conoly-Schuller the president and CEO of the Colorado Oil & Gas Association (COGA) outlined the reasons why the public has turned against hydraulic fracturing and ways to fix this public relations nightmare.

The solution, in her mind, was simple: Make fracking cool. Among the many recommendations was to "[reposition] the industry to appeal more broadly to young people."

NaturalGasWatch.org, which was the "official blogger" of the event, quoted Conoly-Schiller in saying, "people that like South Park are our audience." She then went on to say that one way of tapping into that audience is through social media. "Conoly-Schuller closed her remarks by urging each of the executives to get on Facebook," reported Natural Gas Watch.

It is quite interesting to suggestion that fracking is just not hip or edgy enough to be a winner in the eyes of the 18 through 35-year-old demographic. Perhaps the industry's next move can be a living social deal... or better yet they could give image makeovers to their talking heads: T. Boone Pickens could simply be the T. Boone, Chesapeake Electric CEO Aubrey McClendon shall hence forth be known as A-McClizzle, and the Williams Corporation could appeal to the hipster crowed dressing its CEO Steven J. Malcolm in some skinny jeans, thick glasses and a tasteful flannel. Malcolm will keep his name the same, but he will listen to some music that you have never heard of and make sure you know that everything you listen to is too main stream.

The Checks and Balances Project imagined what a fracking insider's Facebook profile might look like. As you can see below, it may solve all of the industry's public relations nightmares. 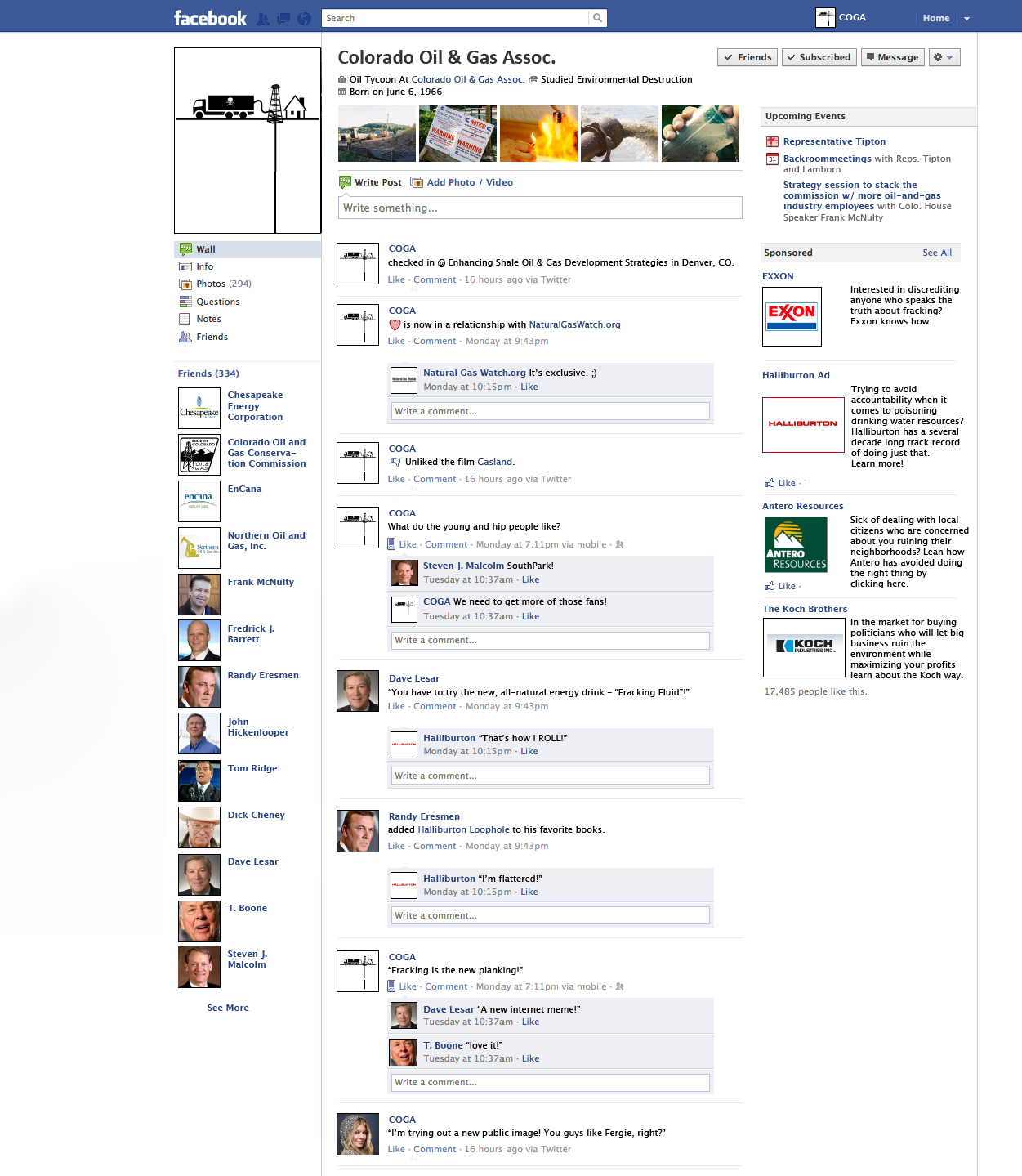 The Global Call for Climate Action