Fractal Forums holds an Annual Fractal Art Competition and one of 2012's entries has our hearts racing: fractal utensils.

These beautiful utensils are not real -- not yet anyway -- they are a product of forum user LhoghoNurbs's commendable imagination. We give you "The Infinity Set." 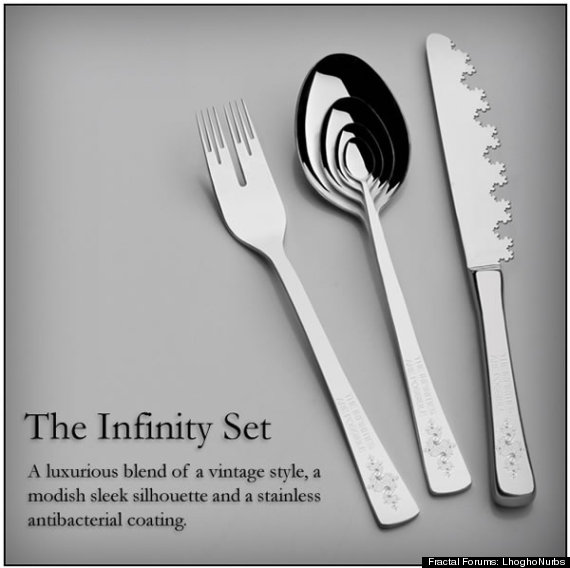 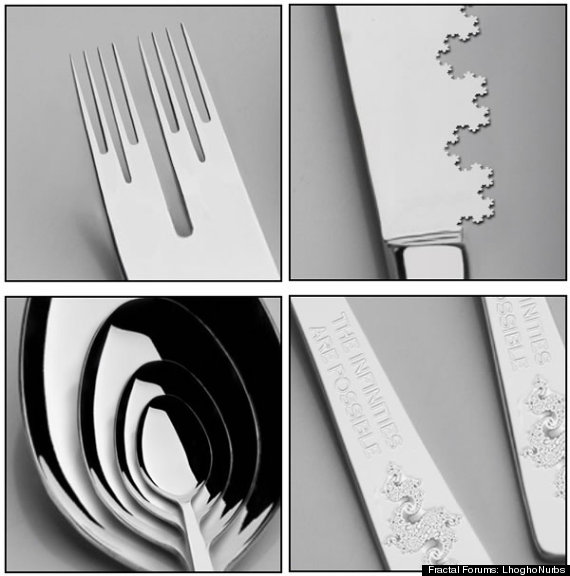 LhogoNurb describes each piece in detail:

Cantor fork :: now you can pin a single kiwi seed. Twice in a row.

Recursive spoon :: it will never let you spill a drop of soup. Ever.

Koch knife :: to delicately cut hair-thin slices out of an egg. A raw egg.

The Infinity Set :: the set includes itself. As a subset.

The detail on these images took three and a half days, according to the artist, who says he did not use any 3D modeling software in the process.

Apparently, we're not the only ones who wish these were real, as fractal-loving goldsmith, Josephine Ryan of Miriel Design, already asked if she could take a stab at it in the comments of Fractal Forums. Fingers crossed.