Were it not for Fran Lebowitz, celebrated author, humorist and social commentator, the art of pontification might be all-together lost. Ms. Lebowitz has almost single-handedly kept this art alive -- quite a feat considering that she has neither a TV nor radio show at her disposal. Yet, if Ms. Lebowitz's art is old school, so then is her popularity, which stems from the now antique phenomenon of developing cult-like status from writing magazine columns for Andy Warhol's Interview magazine before moving to Mademoiselle. Her essays were published in the books Metropolitan Life (1978) and Social Studies (1981) and are now out again, together, in The Fran Lebowitz Reader. Being a frequent guest on The David Letterman Show, having Martin Scorsese make a movie about her, and having a peculiar stint on Law and Order have all served to round out her public persona.

Lebowitz hails from the by-gone era when people sat around in cafes and smoked all day, observing life around them and going on about it. As someone who used to live in Paris, smoking and watching life go by myself, I can say that I long for these days and take solace in Ms. Lebowitz's view on things, albeit through the eyes of a distinct New Yorker. When I asked Fran in a phone interview about her life without a computer or an iPhone, and if she was the last bastion of true observers, she said, "I am among the last paying enough attention" to the world around us. "Personally, I find it necessary to talk to human beings," she added in reference to people's addiction to texting and twitter rather than face-to-face exchanges. 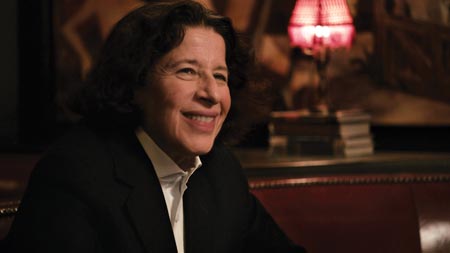 
Lebowitz brings her acerbic wit and New York personality to Chicago for one night only on October 2nd at the Harris Theater at 7:30 p.m. In an event entitled, "A State of the Union Conversation," which will be moderated by Steppenwolf Theatre Company Artistic Director Martha Lavey, this special evening of dialogue will be followed by lively interaction with audience members. Exactly one month before the national election, Lebowitz will be public speaking -- which she refers to as talking back -- about the state of affairs around us. Some points of view that might come up are that, "the citizen has been replaced by the consumer" and that, "democrats have forgotten what it means to be democrats."

It will be interesting to see how Chicagoans take to Ms. Lebowitz's character in their own town. She has a style and delivery that could be perceived as an affront to Midwestern sensibilities, although she is a fan of Chicago herself. "It is the only other city in the United States that is truly a city, an urban environment. But, the people are Midwestern. It's a city where the people are usually nice. For New Yorkers, this is a bizarre combination."

I asked Ms. Lebowitz about her seemingly cold and assumptive exterior in our phone conversation. "As a human being I am a teddy bear... (yet) I make the distinction between thinking and feeling. Thinking is cold. It's rational. Feeling is warm, delightful, and comfy. The two shouldn't interfere with each other." 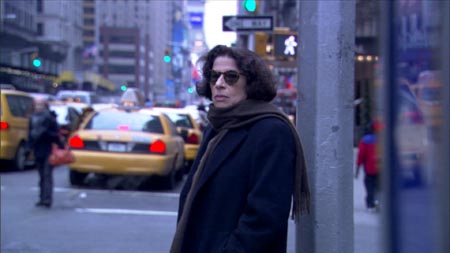 Fran Lebowitz is an aberration in today's world in so many ways. Not the least of which is that she remains popular for her book, Exterior Signs of Wealth, which she hasn't even completed and for which people are still twitching with anticipation. "I don't feel that I have given up writing," she said, likening her determination to a religious belief in that there may be no logic, but the conviction remains strong. " I believe I will finish my book."

To get tickets to The Harris Theater's "A State of the Union Conversation" with Fran Lebowitz, click here. While you are at it, be sure to check out the amazing line-up (Sweet Honey in the Rock and the Chicago Children's Choir) all taking place at the wonderful Harris Theater this Fall.