French people don’t work hard enough. They’re haughty. They smell. But aside from these small flaws, the French have a few good things going for them. Here are six good ideas the rest of the world might consider stealing from “the Frenchies.” 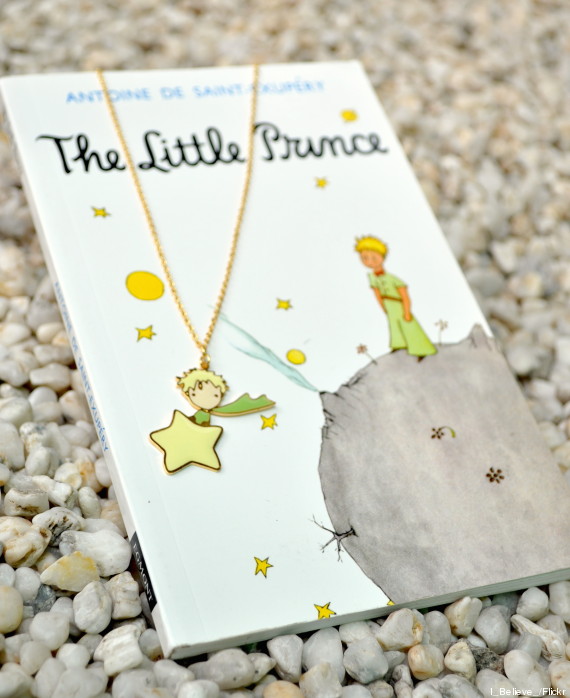 “Eyes are blind. One must look with the heart.” This quote is taken from the 1943 children’s book “The Little Prince.” Written by the French writer and aviator Antoine de Saint-Exupéry while in exile in the United States, it has captivated children -- and adults -- generation after generation.

The wisdom of “The Little Prince” has been embraced far beyond France. The book has sold 150 million copies and has been translated into 258 languages. And in July, a Little Prince-themed amusement park opened its doors in Alsace.

A meal is a work of art 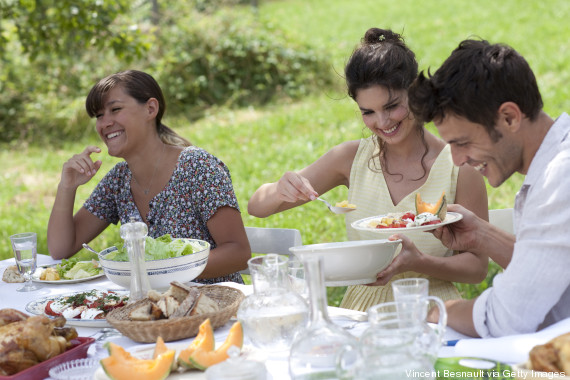 A simple meal always becomes a real party when French people celebrate births, weddings, birthdays -- or just the pleasure of being with the people they love. It’s an opportunity to eat and drink well, but above all to be together. Everything, from the recipes to the quality of the produce and the selection of the wine, is meticulously chosen. In 2010, the French gastronomic meal was added to UNESCO’s Intangible Cultural Heritage list, which honors cultural traditions. 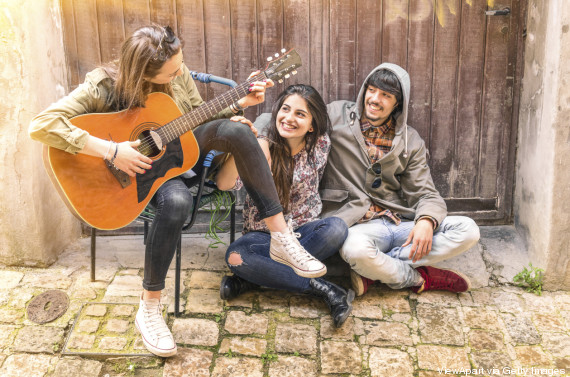 Disclosure: the French did not invent music. But in 1982, France’s Culture ministry had the crazy, brilliant idea to tell everyone in the country to go out, play music and dance for one night. Happening every first night of summer, the “Fête de la Musique” is now one of the greatest nights of the year. Other countries followed suit. “Fêtes de la Musique” now take place in Latin America, Belgium, Switzerland and New York.

Make the most out of your free Sunday 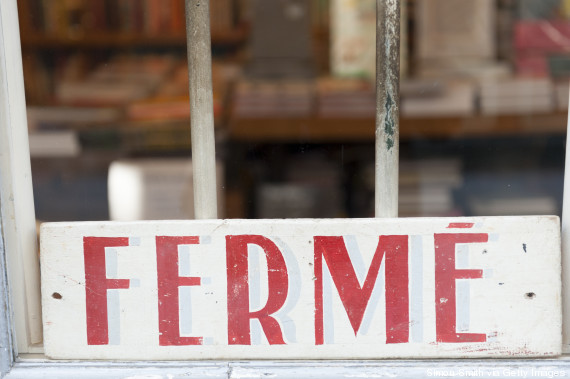 In France, Sunday is sacred -- a day to enjoy your free time, your family and your friends. And many French businesses close on Sundays, with the exception of some of the areas that attract tourists, like the Champs-Elysées, in Paris. While legislation is in the works that would allow more businesses to open on Sundays, the French know that sometimes the best way to spend a day off is avoiding lines and savoring the pleasures that can’t be bought. 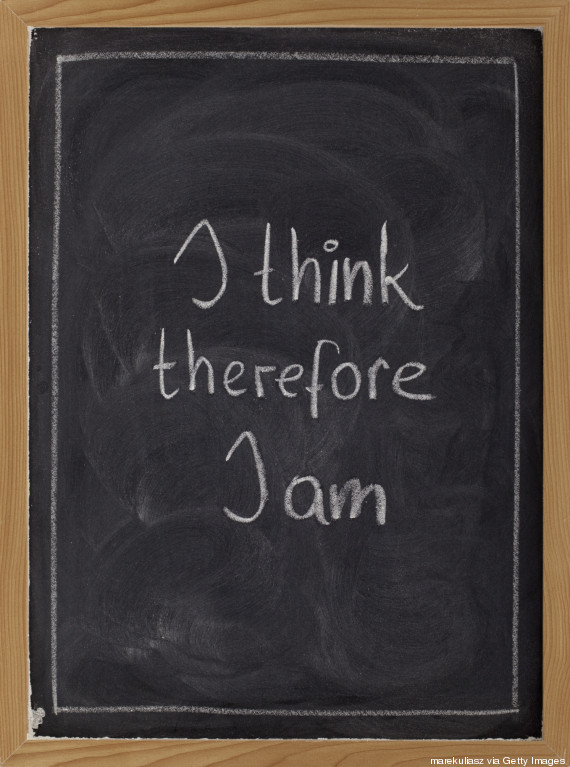 During their final year in high school, French students start learning about a subject people in many countries don’t encounter until college or university, if ever -- philosophy. At 17, they learn to use their judgment, ask the big questions and study the history of ideas. Descartes, Plato, Sartre and Kant are all part of the curriculum. The philosophy exam is the most feared among students at the Bac -- the French exam students take before going to college -- an indication of just how dedicated France is to encouraging its citizens to think big.

“Be realistic, demand the impossible” 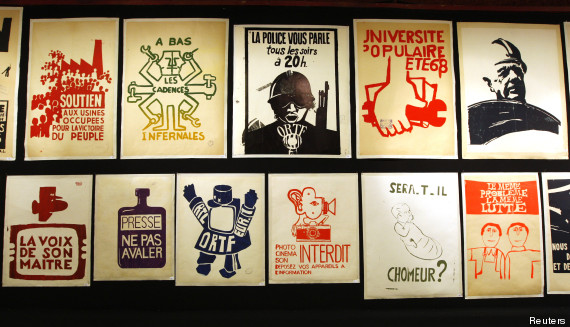 The French have their own distinctive slogans that express their attitude toward life and their sense of possibility. There’s “Under the cobblestones, the beach”; “It is forbidden to forbid”; “Power to the imagination!”; “Be realistic, demand the impossible” and “take your desires for reality.” In France, these are as famous as “Keep calm and carry on” is in the U.K. French youth used them in May of 1968, during a series of large protests initiated by students.

This post is part of a Third Metric collaboration among The Huffington Post’s international editions, showcasing wisdom from around the world. It has been translated from French.

1
Le Marché des Enfants Rouges
Yelp/Jeffrey C.
Le marché des Enfants Rouges is the oldest covered market in Paris. Built in 1615, it is a bustling and loud market and food hall in the Marais, where you can find pretty much anything you'd want to eat, from Lebanese food to Japanese. It may be visited by tourists, but that doesn't mean it's strictly a tourist destination. Locals love and frequent Le Marché des Enfants Rouges too.
2
Popelini
Facebook/Popelini
Popelini is a small pâtisserie where you can only buy cream puffs. The legendary cream puffs are one of the best things one of Le Huffington Post's editors have ever eaten in Paris. Need we say more?
3
L' Eclair de Génie
Facebook/L' Eclair de Génie,
As if it weren't enough that Paris is home to a store where you can only buy cream puffs, it is also home to a store where you can only buy eclairs. L' Eclair de Génie is partly responsible for the revival of this classic 19th-century pastry that may have been eclipsed by the macaron in recent years. Thank you, L' Eclair de Génie, for reminding us of the glory of this fantastic dessert.
4
Balls
Facebook/Balls
There is a trendy new restaurant in Paris called Balls, it serves primarily meatballs, and we need to go there. Plus, the waiters wear T-shirts that read, "Eat My Balls," or so we hear.
5
La Candelaria
Facebook/Candelaria
If you're looking for a bar that's trendy with Parisians, head to La Candelaria. (You'll have to walk through a taqueria to get there.)
6
Chez Jeannette
Facebook/Chez Jeannette
For French and Mediterranean cuisine favored by Parisians, Chez Jeanette is the place to go.
7
Dédé la frite
Facebook/Dédé la frite
Dédé la frite is where to go to get your French fry overdose. We're in.
8
Big Fernand
Facebook/Big Fernand
Burgers are trendy in Paris right now and one of the most popular places to get them is Big Fernand. There are five house burgers, or you can build your own in true American style.
9
Little Fernand
Facebook/Little Fernand
If you're looking for a hot dog, Big Fernand's little brother, Little Fernand, is here to fulfill your American dreams. You can also get a bag of chips, coleslaw, brownies and Dr. Pepper with your hot dog.
10
Racines
Yelp
A favorite Paris wine bar, Racines serves market-driven food with simple ingredients. It's situated in a 19th-century shopping arcade and is known for its natural wines. A location has just opened in New York City.
11
Pho 14
Trip Advisor/Churrrr
Our French editors think the best Pho and Bo bun (a noodle bowl) in Paris come from Pho 14. Locals love it. As food blog Paris By Mouth says, "It’s easy to find Pho 14. Just look for the line."
12
Le Petit Cambodge
Facebook/Le Petit Cambodge
Cambodian restaurant Le Petit Cambodge is home to the second best "bo bun" (noodle bowl) in Paris, our editors tell us.
13
Café des Musées
Yelp
Café des Musées is a charming restaurant serving classic French dishes like entrecôte steak and house-made pâtés.
14
La Butte Aux Piafs
Facebook/La Butte Aux Piafs
La Butte Aux Piafs opened last summer and is already a favorite among local students who go to school in the area. One of our French editors tells us the bistro sells a special squid ink burger.
More:
The Third MetricFranceThird Metric Internationalthird metricLe Petit Prince