"It's always really special to be at the New York Film Festival, and always a real privilege," Baumbach said at the New York premiere of his latest film, "Frances Ha," on Sunday night. "My first movie was here 17 years ago -- a movie called 'Kicking and Screaming.' That movie was produced by a straight-to-video company [Trimark] and I think they lost all confidence in it and were in the process of dumping it on video back when that was something that could happen. It was this festival that rescued it and accepted it and changed the course of that movie, and also really started my career."

Since "Kicking and Screaming," Baumbach has directed five films under his name, but "Frances Ha" might be his most liberating. ("Mr. Jealousy," "The Squid and the Whale," "Margot at the Wedding" and "Greenberg" are the others.) Not only is it the first film he's done with a credited co-screenwriter -- Greta Gerwig, Baumbach's current girlfriend and the film's star, co-wrote the script -- but it was also made in relative secret. During an interview with The Telegraph in April, Gerwig revealed that she had written a film about a platonic relationship between two female friends, but there was no indication that Baumbach was involved. It wasn't until July, when the completed "Frances Ha" (with Gerwig as co-writer and star and Baumbach directing) was included in the Toronto International Film Festival lineup, that the mystery unraveled. "Frances Ha" seemed almost conjured out of thin air -- no small feat in this era of 24/7 development news.

Shot in crisp black and white (courtesy of cinematographer Sam Levy), "Frances Ha" tells the story of Frances (Gerwig), a 27-year-old dancer struggling with economics and identity in New York City. Her world is thrown asunder when Sophie (an excellent Mickey Sumner), Frances' best friend and life partner, moves out and falls in love. Rudderless, Frances bounces around between friends and tries to grow up. As she says during a particularly awkward dinner date with Lev ("Girls" star Adam Driver, of course), "I'm not a real person yet."

"I think of my own friendships very much as love stories and maybe that's what makes them dysfunctional," Gerwig said after the film during a Q&A moderated by film critic Amy Taubin. "I think most women know what it's like to love their friends too much and unhealthily. I've certainly done that with my friends. I don't think it's gender specific, either. I think friendships have heartbreak that's just as big as relationship heartbreak. We just don't have any words for it. So it feels that much more isolated when it happens."

Baumbach said the idea for "Frances Ha" came from a desire to work with Gerwig again after "Greenberg," and he certainly seems pleased with the result.

"This is a celebration for me," he said. "One idea for the movie was that we could make it like a great pop song, so that as soon as it's over, you want to play it again."

In that regard, he's right: It's hard to leave "Frances Ha" without smiling -- this despite some slow parts in the middle section when Frances seems almost willfully incapable of helping herself. Chalk the film's ultimate effervescence up to Gerwig's undeniable charm, true-life dialogue that pops off the screen (according to Gerwig, none of the film was improvised; "Noah would make us do 40 takes -- so none of it is even spontaneous," she said), and some expertly placed music selections -- like "Some Girls" by The Rolling Stones and, most memorably, "Modern Love" by David Bowie. That song accompanies a scene of Frances happily running down the street after a particularly good day.

"I ran many blocks," Gerwig said about the film's pièce de résistance. "We shot it a few different times. They were shooting it from a truck and I was running. It was so exhausting and so tiring. At the end [of the scene] you see me getting dizzy and sort of swoon-y."

"Frances Ha" was recently picked up by IFC Films for a 2013 release. 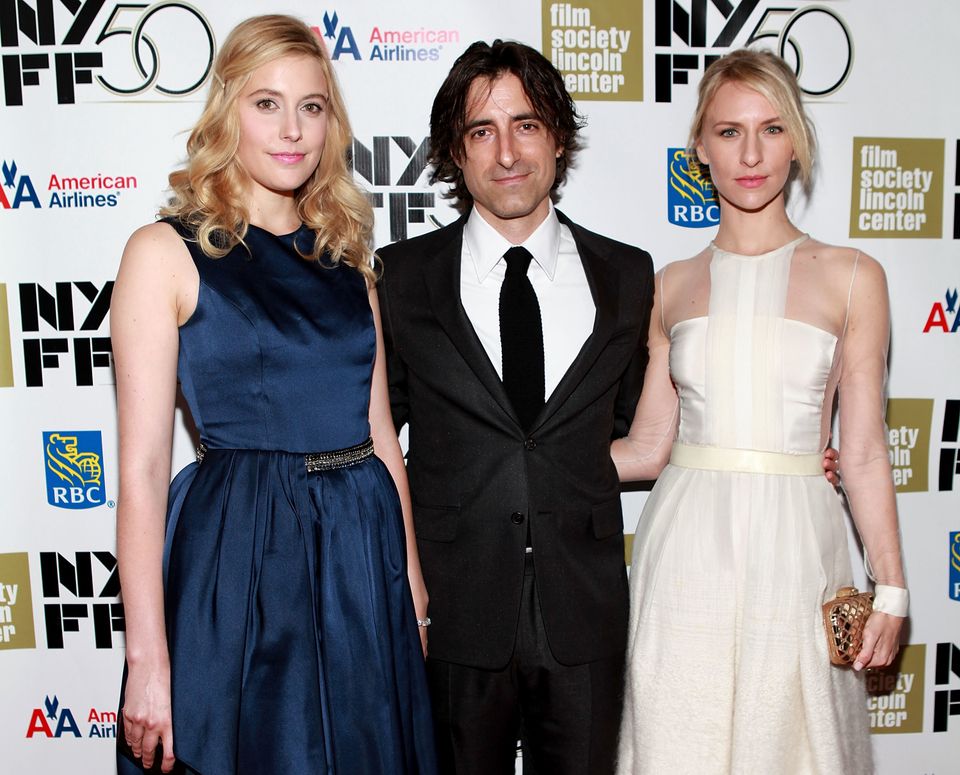