Ever wonder about what happened to forgotten works of art? Well, now you have your answer.

The Tate's Gallery of Lost Art is a virtual museum housing the ghosts of artworks past. The eerie website allows users to become amateur detectives, piecing together clues regarding art's most confounding relics and mysteries. The gallery will unveil a new lost artwork every week, together with interviews, archival photos and essays pertaining to these elusive works. As Guardian critic Jonathan Jones put it: "Lost art can never disappoint. It is beyond criticism." A bold claim, but so far this holds up in the online gallery.

Some of the lost artworks are already legendary, like the Willem de Kooning drawing that budding artist Robert Rauschenberg rubbed out and erased. Others were lost in less spectacular, more tragic tales, such as Tracey Emin's embroidered tent "Everyone I Have Ever Slept With 1963-95," which was destroyed in a 2004 warehouse fire. On the website, Jennifer Mundy, curator of The Gallery of Lost Art, says: “Art history tends to be the history of what has survived. But loss has shaped our sense of art’s history in ways that we are often not aware of.”

Today the Huffington Post is unveiling a work both painted and destroyed by none other than Francis Bacon, entitled "Gorilla with Microphones." See a study of the painting and its appearance after Bacon ripped two giant chunks out of the center below. 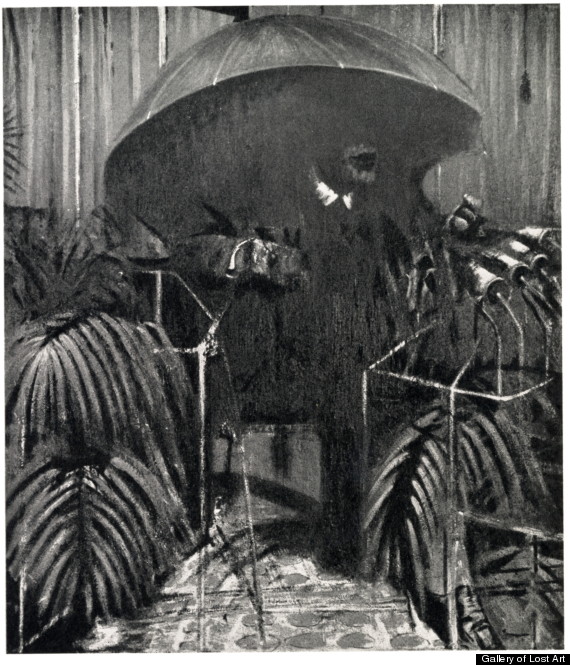 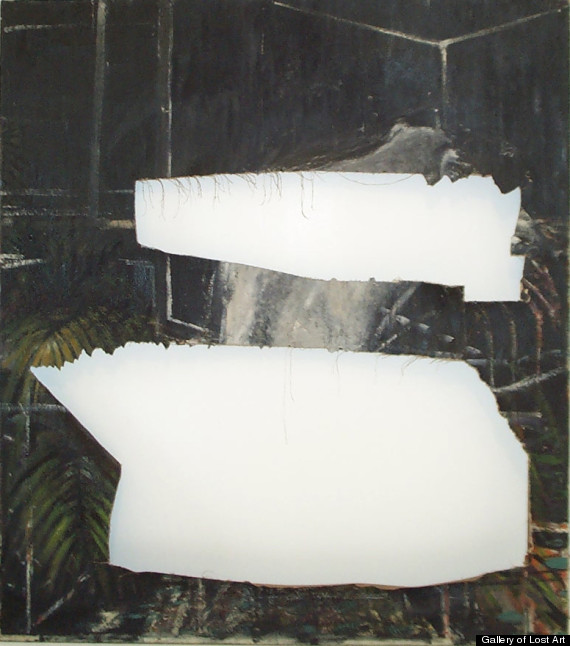 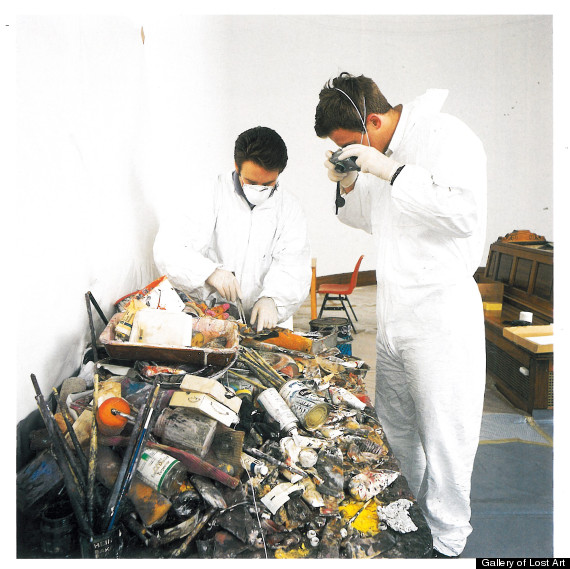 In 1962, Francis Bacon said "I think I tend to destroy the better paintings… I try and take them further, and they lose all their qualities." Such was the case with "Man with Microphones," which later became "Gorilla with Microphones." The work depicts a generic male figure with a distorted body and open mouth, leaning in the direction of a figure reminiscent of a microphone or machine gun. The dark colors, horrifying distended torso and ambiguous forms made the work especially haunting, even for an artist known for shock value.

According to Jennifer Mundy, the Head of Collection Research at Tate, Bacon was returning to a familiar theme of the public orator caught mid-speech. The work remained unsold after a 1946 exhibition and was returned to the artist's studio. When it was shown again six years later it had been dramatically altered -- the subject's plaid suit was stripped down to a truncated nude body. The title had also been changed to "Gorilla with Microphones," Bacon's underhanded insult to the unnamed hot-headed politician.

Unfortunately the changes Bacon made were not enough to satisfy the artist known for frequently destroying his works, sometimes before the paint had even dried. After Bacon’s death in 1992, "Gorilla with Microphones" was found in the studio with two large sections of the piece cut away, and the removed portions were lying there like a crime scene. Twenty years later, you can attempt to solve the mystery.

See other works from the Lost Art archives in the slideshow below and head to the virtual gallery itself to delve into their stories in full. The complete essay regarding Francis Bacon's lost work will go online November 19.