Few things make a man flee faster than a guy in white overalls approaching with a sword in his hand.

Lucky for two victims, the man in white overalls was Franco Scaramuzza, an armed fencing coach who stepped in to foil a robbery in progress. Scaramuzza pulled into a Nashville, Tenn. shopping center when he saw two men pepper spraying a couple, WAFB reports. One of the suspects stole a woman's purse.

Police say the thieves are Michael Butt and Zachary Johnson, both of whom were arrested after Scaramuzza hopped out of his car carrying his epee, a fencer's sword. The pepper-spraying assailants fled. 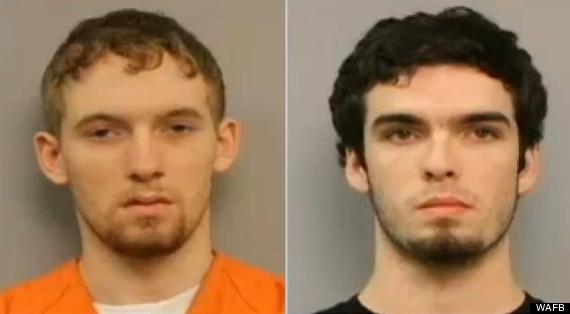 "I charged towards them, holding my epee up high, and, you know, yelling at them," he told the station. "I kept yelling throughout the entire thing. They completely panicked and dropped everything they stole and really took off."

Cops caught up to Butt and Johnson minutes later, the New York Daily News reports. They were each held on $50,000 bond.

Scaramuzza, who also works as an art director, said his fencing training kicked in when he saw the robbery in progress.

"You have to overcome your own fears," he said. "You have to make decisions in a short amount of time ... It happens in your mind and that's how you try to make the right choices."

A similar sword-save, which was caught on video, occurred in South Carolina a few years ago. Sheriff's deputies in Richland County said at the time that a serial armed robbery suspect was thwarted by a concerned citizen wielding a samurai sword, according to CBS News.