Parisian photographer Francois Laxault isn't just taking photographs of birds; he's creating a still frame of a very peaceful moment. He tracks the birds who are active participants in a zen-like dance in the sky. The cranes create whimsical patterns -- I see them as as musical notes that move and change with each flap of their wings. Their designs remind me of sheet music -- their anthology of songs is endless. 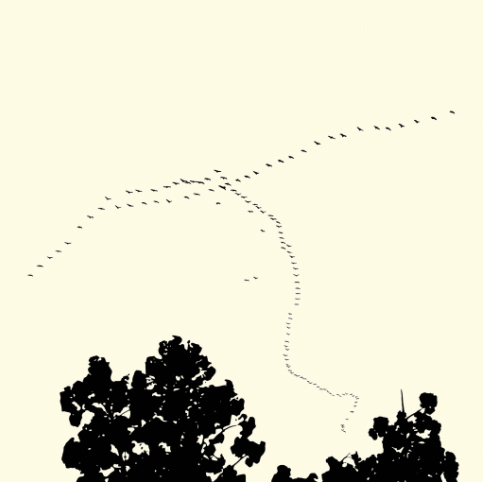 Sometimes, it's the simplest things in life that hold the most weight. It's those things that challenge us and surprise us -- they stop us in our tracks. The intimate photographs that Laxault presents feel like illustrations -- silk-screened renditions of birds in flight. I'm certain people have witnessed, at one time or another, homing pigeons moving through the sky in groups darting around in a mass like they are playing follow the leader, or Canadian Geese as they fly in a V-formation heading to a warmer climate during the fall months. 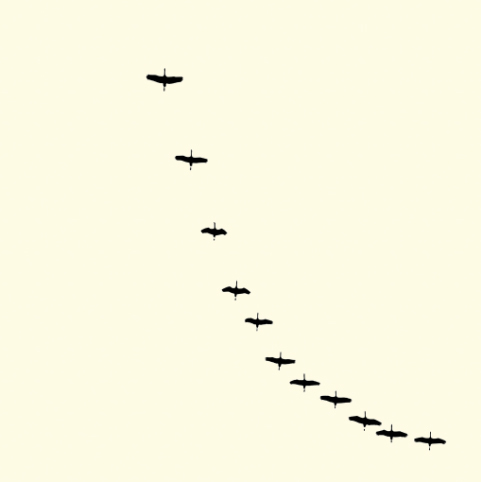 But as Laxalt was creating these images, he wasn't necessarily thinking of any of this: he was thinking of Origami, and something that he read about called Senbazuru. 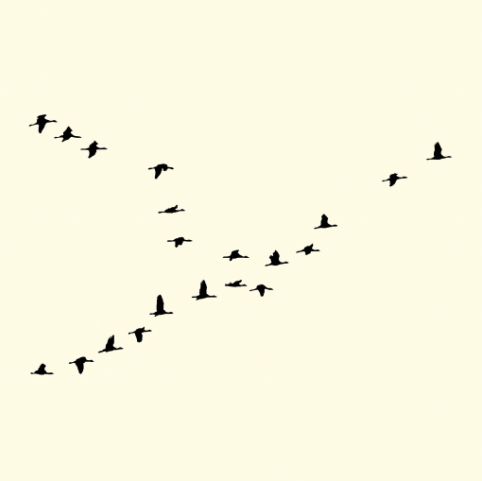 Unfortunately, Sadako Sasaki was not that lucky. She was 2 years old during the bombing of Hiroshima. Nine years later, she was diagnosed with leukemia. From her hospital bed, she began making paper cranes in the hopes of reaching one thousand so that the gods would eventually heal her. She went about her task using all available paper -- notebook paper, gift wrap, toilet paper -- anything she could get her hands on.
At her 644th crane she died. 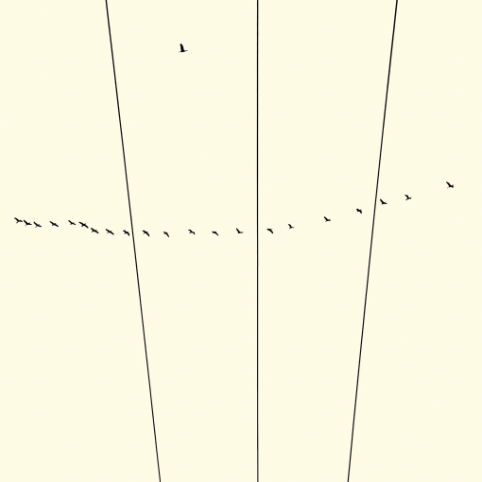 Upon hearing the sad news, her classmates decided to finish the Senbazuru. After completing the 1000th crane they buried her with her wish. When they found her diary, they read this sentence: "I will write peace on your wings and you will fly around the world to carry this message." 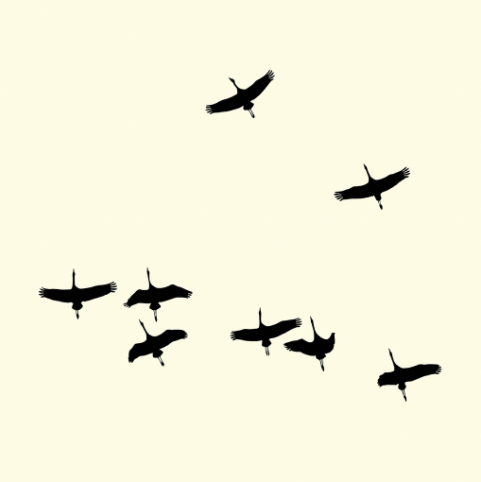 To see more of these images, and other projects by Francois Laxault, visit his website: http://www.laxalt.com/