"Throughout the 21st century, man, with his never-ending drive to control his living environment, finds himself facing the possibility of a temporary existence," writes French artist Francois Ronsiaux, "as well as the potentiality that life on Earth could end progressively or even abruptly."

It's a sobering concept, the thought that the ever-bustling life we know on Earth could end at any moment. Ronsiaux makes this particular future seem ever more real in his series "United Land." The project turns photographs snapped around the world into stark imagery, manipulated with a perfect amount of paranoia and terror. Our urban spaces as we known them are rendered as submarine, part of an entire planet submerged in the aftereffects of an ice age. 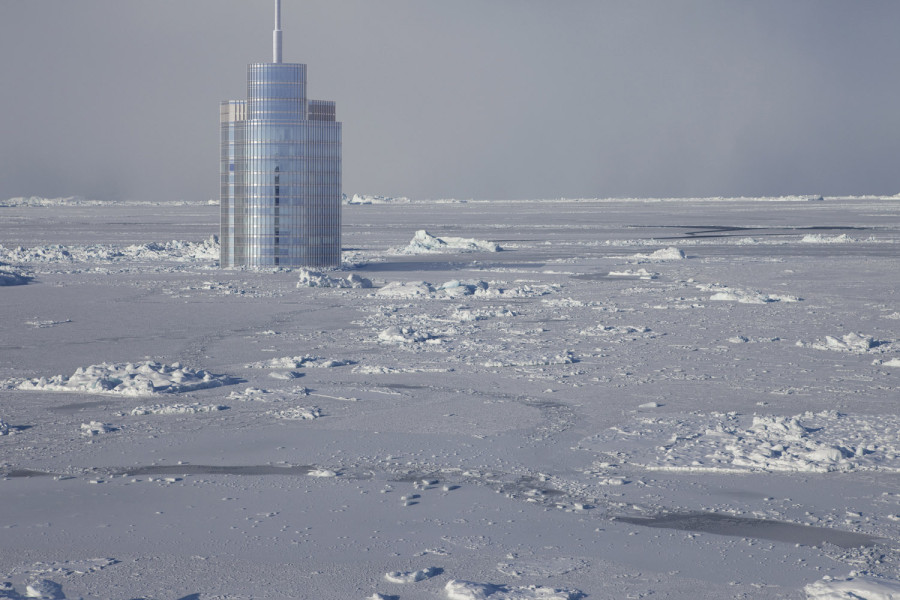 For example, Ronsiaux takes an image of Times Square and filters it through a blue haze, degrading the familiar skyscrapers and billboards until they look like remnants of an apocalypse, left to rot below sea level. To create the scene, he uses a diaphragm correction filter that imitates shadows, captured with a long shot perspective that eliminates all movement -- giving, as he explains in a project statement, the impression that the landscape is absent of inhabitants.

For the curious, the water shots used in these montages come from a database of images that Ronsiaux took on the Rangiroa atoll in French Polynesia, a popular destinations for scuba divers. The atoll is the largest in the world, but has been plagued by rising waters in recent years. 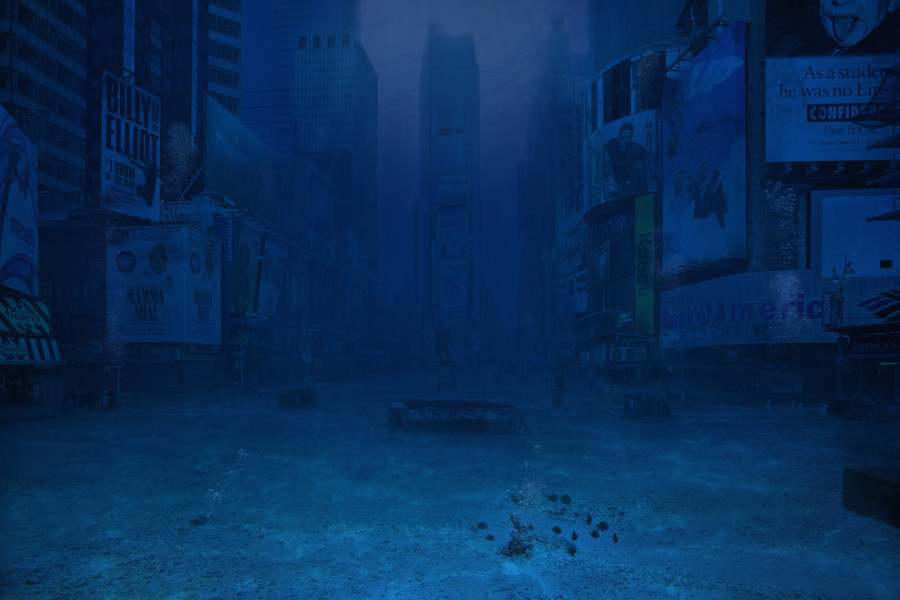 "Symbolizing man’s loss of control of the environment, water becomes a regulating vector replacing man’s habitat following a hypothetical ice thaw," Ronsiaux continues. "Through this immersion the idea of belonging to a political and human territory loses all meaning. It becomes abstract."

Though Ronsiaux vaguely references socio-economic and environmental deregulation as problems in our contemporary world, his photos aren't a call to action. The thaw, without context, seems inevitable. If anything, the moral of his story is that our reality is fragile, and ultimately out of our control. Beyond his constructed photographs, Ronsiaux juxtaposes his end-of-times imagery with two installations -- one, a "printed swatch" of national flags from around the world, reimagined in different shades of blue; the other, a set of five blank, blue flags that ominously hint at the dominance of water in a post-thaw realm.