Labor productivity would typically tell us a lot about the health of the economy and its long-term growth prospects. Historically, as productivity increased there was a positive correlation with wages contributing to higher living standards, an increase in wealth generation and a healthy middle class. That started to deviate in the 1970s when wages began stagnating and productivity kept growing--an unnerving red flag.

This month the U.S. Labor Department reported that the second quarter experienced a 0.5 percent productivity annual rate decrease, making it the longest annual rate decrease since 1979. This makes the wage outlook even more bleak. Pundits seemed surprised and are having a difficult time placing blame with many criticizing outdated U.S. data and some pointing to low oil and natural gas prices leading workers out of the industry into less productive sectors. We know that productivity numbers can provide insight into the willingness of business to invest in people, technology, and equipment and some blame reduced business spending on the current slow growth environment.

Earnings growth of the S&P 500 has certainly experienced a slow-down. According to FactSet, the year-over-year earnings decline was 6.7 percent in the first quarter of this year. It marked the first time that the index has recorded four consecutive quarters of year-over-year declines in earnings since the Great Recession.

Most would sympathize with business reducing capital spending in a sluggish environment however this only tells part of the story. Big business is still spending huge amounts of capital, just not on investments that would increase long-term productivity. They are instead returning large sums of money to shareholders in the form of stock buybacks. According to FactSet:

Rather than using capital to invest in activities that can bolster innovation and growth opportunities, they are taking a shortcut by returning cash to shareholders to boost their share price. This fills the earnings gap in the near-term but will squander long-term value creation and further reduce the opportunity for their workforce.

Short-term market pressures are obviously playing a role but rather than just having isolated negative effects on individual firms, the scale of under-investment will have adverse consequences for the entire economy. Absent a change in public policy, only firms that practice Inclusive Capitalism will have the potential to prosper for the long haul. These firms can buck the trend by discontinuing quarterly earnings guidance, measuring and reporting on long-term goals, and making appropriate investments in people and technology. 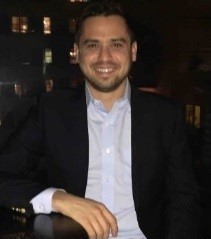