Today marks what would have been the 145th birthday of Frank Lloyd Wright, the man who designed more than 1,000 architectural structures in his 91 years on this Earth.

Wright, who was born in Wisconsin in 1867, began his architecture career as a draftsman in Chicago in the late 1880s. His early mastery of the prairie house style, with its sloping roofs and horizontal lines, brought him to the forefront of design; however, it was his unique ability to meld the geometric spaces with their surrounding natural environment, what he referred to as organic architecture, that would give each Frank Lloyd Wright creation its distinct mark. He's probably best known for Fallingwater, which is listed in the Smithsonian's list of the places you should see before you die, as well as his the iconic Solomon R. Guggenheim Museum in New York -- a project that took him over 15 years to complete. From houses to museums, with several towers and hotels sprinkled in between, Wright undoubtedly became America's most recognizable architect and one of the greatest artists of our time.

Check out the slideshow below of images from "At Home with Frank Lloyd Wright" at the recently opened SC Johnson Gallery in Racine, Wisconsin.

PHOTO GALLERY
&#039;At Home With Frank Lloyd Wright&#039;
Download
Calling all HuffPost superfans!
Sign up for membership to become a founding member and help shape HuffPost's next chapter
Join HuffPost 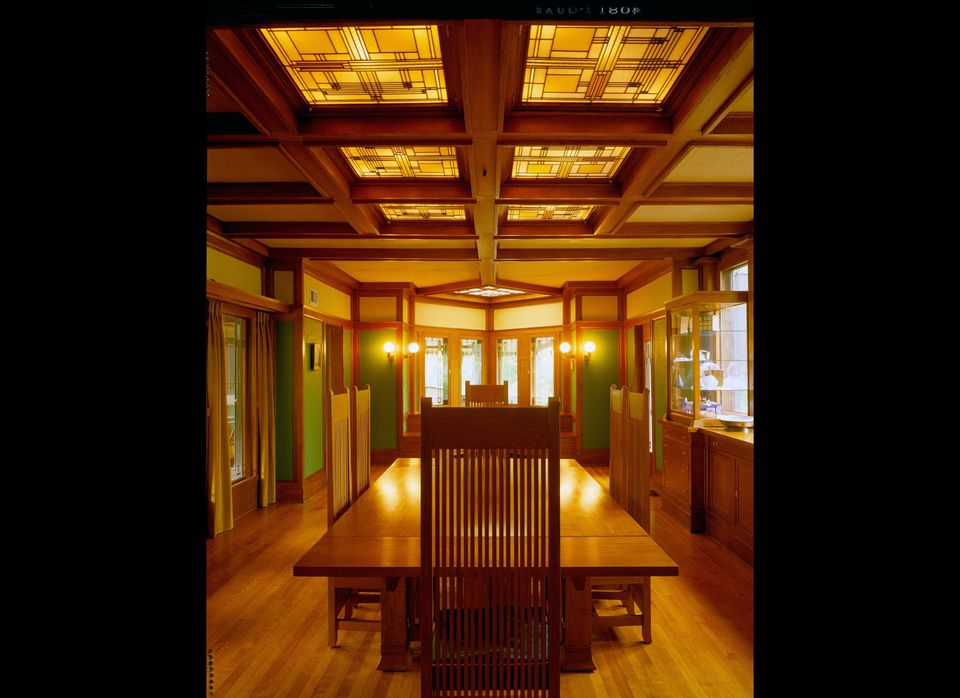