The late Frank Mandelbaum stipulated in his will that none of his son Robert's children would receive any inheritance if Robert "not be married to the child’s mother within six months of the child’s birth," The New York Post reports.

A bit old-fashioned? Sure. Especially when you consider Robert Mandelbaum, a 47-year-old Manhattan Criminal Court judge, is gay.

Frank Mandelbaum, who founded the ID verification company Intelli-Check, died in 2007 at the age of 73.

After New York passed the Marriage Equality Act, Robert married Jonathan O'Donnell in August of 2011, shortly after the couple had a child, Cooper, via a surrogate mother.

He and O'Donnell are fighting in court to prove that Frank's will is discriminatory, and in violation of state law.

"Requiring a gay man to marry a woman ... to ensure his child’s bequest is tantamount to expecting him either to live in celibacy, or to engage in extramarital activity with another man, and is therefore contrary to public policy,” the couple's attorney, Anne Bederka, wrote in court papers. “There is no doubt that what [Frank Mandelbaum] has sought to do is induce Robert to marry a woman." 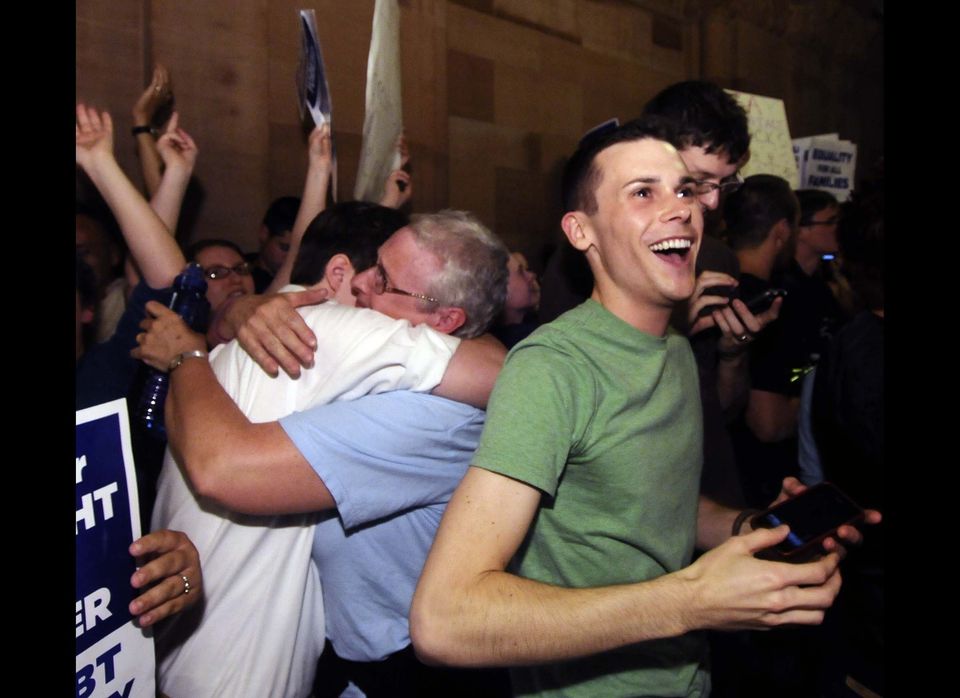