Frank Sinatra's former home has been listed for $23.5 million. The seven bedroom, seven bathroom house was built in 1936, and Sinatra and his family moved into the Bel-Air property during the late 1940s. The original listing price was $250,000, according to James Kaplan in 'Frank: The Voice'.

In an excerpt from 'Frank Sinatra, My Father,' Nancy Sinatra remembers her childhood home:

Over the next year and a half, our lives turned around. We moved away from the lake to 320 North Carolwood Drive, on the west side.

Our house sat on about three acres. We had a pool, a badminton court, a big fishpond, a separate play yard, a beautiful rose garden, and an orchard. Tangerines, lemons, avocados … it was something.

The 8,631 square-foot home is currently owned by Paramount Pictures CEO Brad Grey and his wife Cassandra Huysentruyt. The couple bought the property in mid-November 2010 for $18.5 million (although it was listed at $22.5 million), reports The Hollywood Reporter. Brad and Cassandra were married on the property grounds in April 2011. 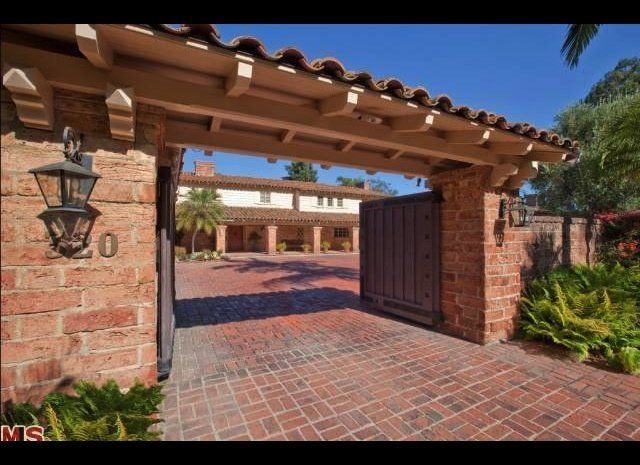