Under the supervision of park service employees, Frank used a push mower to mow the grass in the Rose Garden. He was so focused on the task that he didn’t even stop when Trump came out to greet him.

Frank was all business. Didn't even stop to say hi when POTUS came out. pic.twitter.com/SpB43z1Jwp

Trump gave some encouragement and a high-five for the hard work, telling Frank he was doing a “great job.”

“Maybe he’ll be president,” Trump said of Frank, who aspires to become a Navy SEAL when he grows up.

Frank’s father, Greg Giaccio, looked on as Trump and Frank high-fived in the Rose Garden. 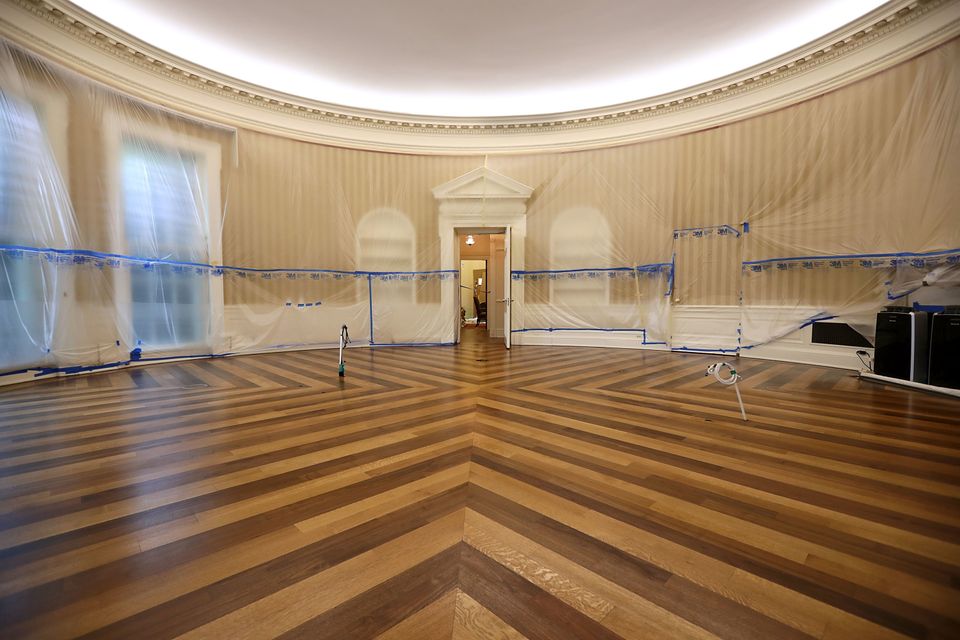