Warning: The following images contain explicit sexual imagery and may not be suitable for work. 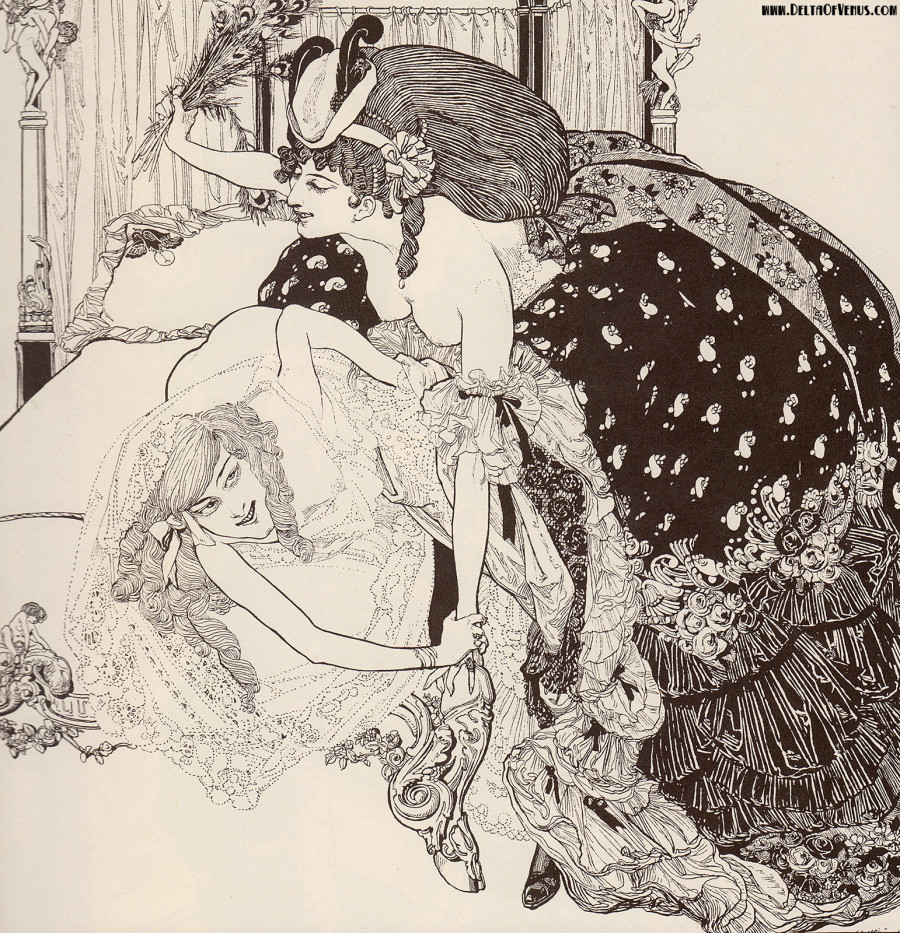 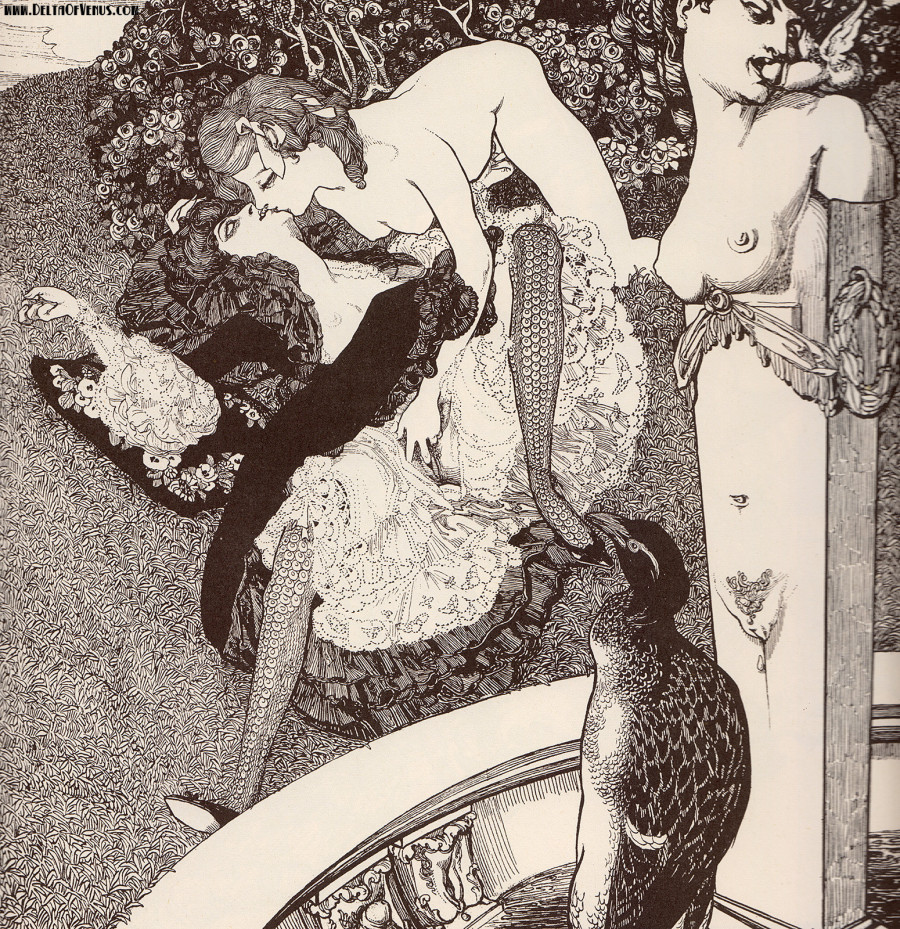 Throughout his lifetime he created over 2,000 images, some under the pseudonym Choisy Le Conin, most combining the gothic aesthetic of the decadent movement with a flirtatious rococo flair. His most famous series, "Tales from the Dressing Table," features a visual buffet of sexual delights, from grinding on a rope atop a chaise longue to enlisting a small monkey for sexual stimulation. Yup, we think it's safe to say Bayros was essentially the first "fetish artist."

We stumbled upon Bayros' naughty renderings on Delta of Venus, a website specializing in vintage pornography and erotica. Stay tuned for more early examples of art history's most salacious characters.

Clarification: The included images are early-to-mid century reproductions. For the originals we recommend A.W. Alexander's editions.