Although the new parents did not announce the date of his birth or the fact that they were expecting a child in the first place, they did share a Twitter photo with fans, according to People magazine.

They're still deciding on a name for their son. “We started this really tough precedent for ourselves where we just seem to leave the hospital with no name, and kind of live with the baby for a little while,” the actor told People in a recent interview. “But we’re narrowing it down. We’re working on it — just as you are! We have some names in mind, but we kind of let the baby tell us a little bit.”

Fred Savage tweeted this adorable photo of his newborn's hand. Story continues below. 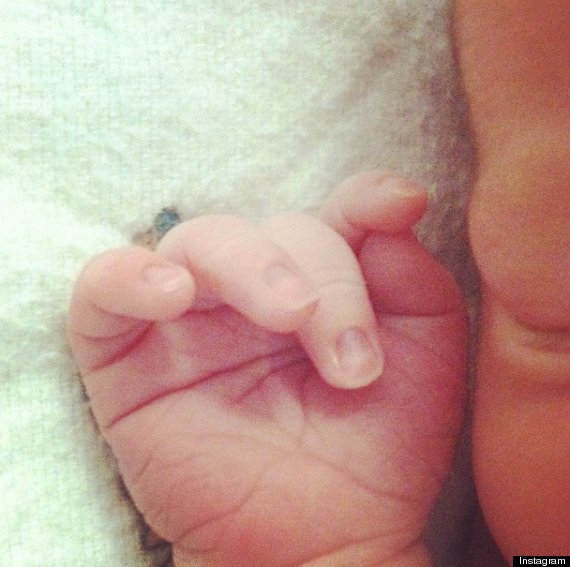 Savage's new baby makes five for the family, whose story is like something out of "The Wonder Years."

Fred and Jennifer were neighbors as kids, like childhood loves Kevin Arnold and Winnie Cooper, and married in 2004, according to Zap2It. They already have two children -- Oliver, 6, and Lily Aerin, 4.

Savage, who basked in teen stardom as the "Wonder Years" son, has been behind-the-scenes in Hollywood these days, according to NBC. He has lent a hand in directing for hit series like "Modern Family," "It's Always Sunny In Philadelphia," "2 Broke Girls" and "Happy Endings."

It hasn't only been a big month for Fred, but also for his brother, Ben.

Ben Savage announced that he will be reprising his role as Cory Matthews, from the 90s hit "Boy Meets World," in the Disney Channel spin-off "Girl Meets World" the same day his brother announced the birth of his nephew.

"I'm going to be a father! Well, on TV at least," tweeted Ben. "The 'Boy Meets World' sequel is officially happening!"