Imagine the color black. Perhaps you envision a piece of coal, the ebony stripes of a zebra or the depths of outer space. Now imagine a color darker than black. Darker than that piece of coal, that stripe or the mysterious corners of the world beyond our planet.

This color -- a hue absent of all and any light -- is the Holy Grail, of sorts, for artist Frederik de Wilde. He's the man ambitious enough to help father "blacker-than-black," a material born of carbon nanotubes (CNTs) that's turning the color wheel on its head. The nano-engineered wonder is hailed as the "blackest black" in the world, grown from tiny tubes 10,000 times smaller than a piece of human hair and capable of absorbing more than 99% of the light that hits them. 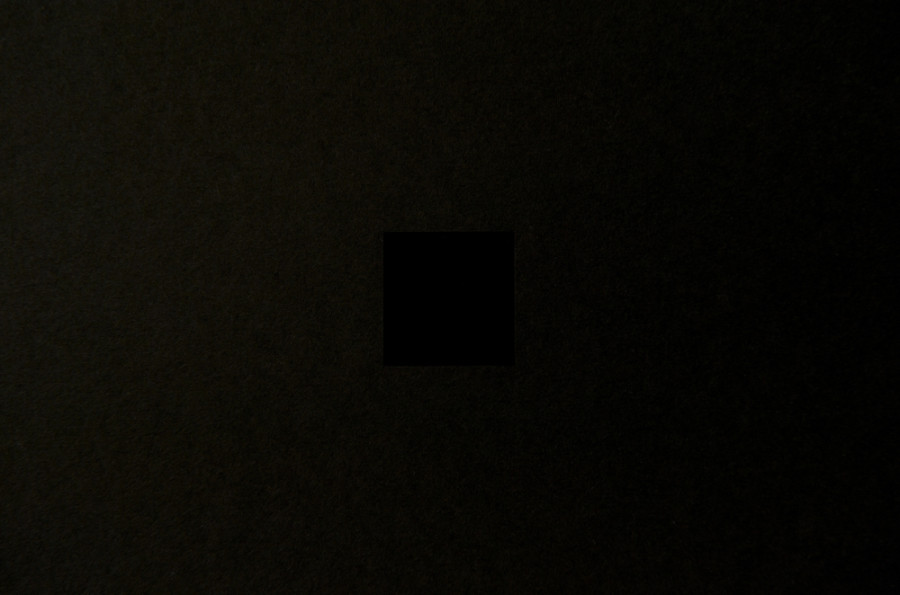 So what does one do with such a phenomenon? Beyond seeming like a villainous compound destined to haunt the cast of a future sci-fi film, "blacker-than-black" is "better than paint," NASA claims, potentially useful in creating hyper-efficient renewable energy, developing invisible technology and upping the ante of telescopes aimed at looking deeper and deeper into space.

De Wilde has worked with NASA and a team underProfessor Pulickel Ajayan from Rice University in creating the innovation. He expands upon their research, channeling the seemingly limitless possibilities of "blacker-than-black" into the realms of not just science and technology but art and aesthetic, crafting nano-engineered paintings and 3D sculptures so dark their volume disappears.

We had the chance to speak with de Wilde in an ongoing email exchange. From art history to future technologies, the man with a penchant for shadows and obscurity has more than a little something to say about the concept to which he's dedicated much (but certainly not all) his career. 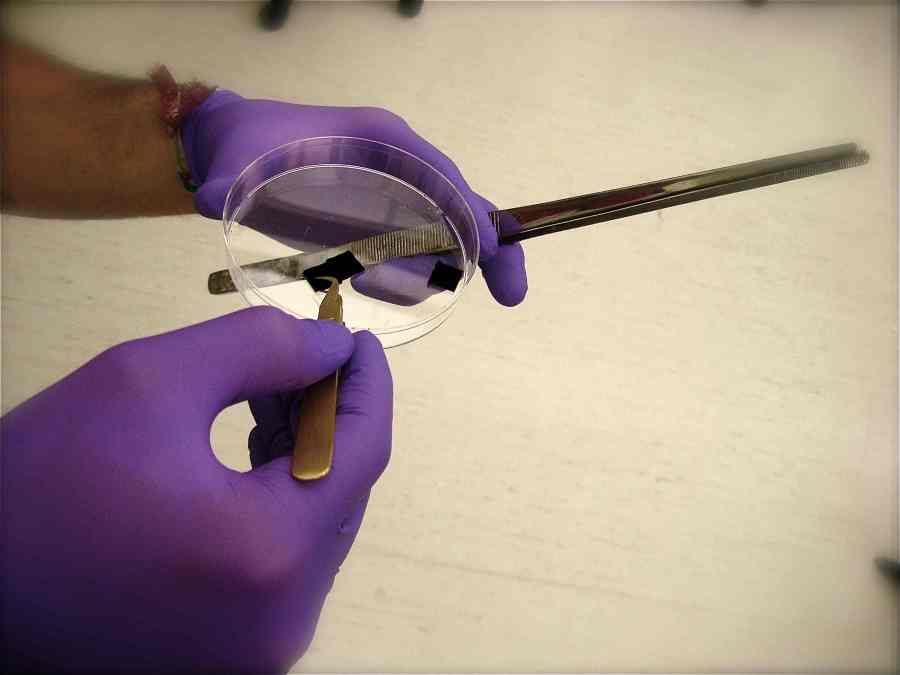 Let's start with your work exploring the color black. Why this particular challenge -- to create the blackest black? It seems like something out of a science-fiction novel.

My blackest black research and art is very closely related to the art works of Kazimir Malevich. He invented Suprematism, an abstract art based upon “the supremacy of pure artistic feeling” rather than on the visual depiction of objects. In a nutshell; Malevich expresses the end of materiality in his abstract art, free from the burden of the object. Nothing is real except feeling. Malevich was also heavily influenced by the ideas of the Russian mystic-mathematician-philosopher P.D. Ouspensky, who wrote of a "fourth dimension" beyond the three to which our ordinary senses have access. Suprematism was an attempt to go "beyond zero."

Malevich artworks are extremely relevant in the beginning of the 21st century. We are living in a time of visual excess, hyper materialism, the polarization of society trapped in the vortex of commerce, celebrity and money, and the psychotic art market where insane prices are being paid for art. I think it's time to puncture this reality.

What was your initial perception of a color "blacker than black"?

Blacker-than-black is necessarily something which exceeds the luminous phenomenon. The question arises whether darkness becomes visible. At that stage a funny paradox arrives: you can't produce nothing from nothing as stated in the second law of thermodynamics. I am bound to add something to darken black. It becomes compulsory to add something in order to see nothing. [My] artworks consist of 99.9% air and 0.1% carbon so you really look into nothing. The artworks are made of a relative of carbon, the substance that one finds in charcoal pens or in pencils (graphite).

There is a kind of beauty in trying to realize the blacker-than-black concept. Not just claiming it, but also trying to produce it by trial and error. There is beauty in doubt, to doubt and question perception and reality, simply by asking the poetic question: “Is there is something blacker than black?" I see my nano engineered macroscopic art pieces as spaces of refusal, but also as spaces of imagination. In a time where we are over saturated with media and information, it pulls you back to something that is private and personal. Hence the viewer becomes a co-creator, contributes to the final artwork.

You have "Hostage" and "M1NE #1," both of which test the limits of light, or lack thereof. For a layperson, what general steps go into "nano-engineering" a color like this?

In a nutshell: First, I prepare my substrate, or canvas if you want. In general it's a silicon wafer. The wafer is then placed in an ion sputtering chamber where we "vaporize" atoms from an extremely pure source sample material on the wafer. After this stage I place the wafer in a chemical vapor deposition furnace where heat, gas that contains a feedstock of carbon molecules and the catalyst seeds start to interact and react. One can see the super black material literally growing like a black forest.

You've worked with scientists throughout your research. What is your relationship with those collaborators like? What information do they give you and vice versa?

Generally it takes off with shared interests, ideas, passion, and curiosity to see what will come out of the collaboration. The information depends on the specificities of the project. It's always different depending on the context. Most of the collaborators become friends, hence a strong informal network. As long as you play open cards between each other it's fine.

Your work obviously has implications beyond the world of art. In which realms do you see your research being the most impactful -- visual arts, engineering, industrial design, architecture?

Basically it can have an impact in all of them. The limit is your imagination. Apart from the artistic and philosophical implications -- researching the aesthetics of the void -- I strongly believe that a blacker-than-black can be of great societal and ecological benefit. For example, if no light in the visible and invisible range (infrared, far-infrared, UV) from my blacker-than-black art is bounced back to the atmosphere, then basically it has a positive impact on global warming. Now imagine all rooftops being covered in a blacker-than-black photovoltaic art? Wouldn't that be just amazing? Imagine buildings, clothing being blacker-than-black. That would undoubtably lead to some crazy visual experiences. The world would appear as a cut-out.

Of course, one could use the blacker-than-black to make airplanes and cars invisible. In telescopes to avoid stray light. You could use it on microprocessors to conduct the heat away. There are many many potential applications, and of course this research is not limited to nanotechnology and carbon nanotubes.

But I am one of the pioneers in introducing nanotechnology in the arts, building an artwork from atomic sized particles -- basically out of nothing -- by creating color not by pigments but by the geometry of the nano object, and how this nano object interacts with light and photons. That's a paradigm shift for the arts. Yves Klein worked with chemist to develop a polyvinyl acetate in order to preserve the luminosity of his IKB, I work with chemists and engineers to "grow" my nano black art. In the field of Nano Art I introduced the translation to the macroscopic world. This is the future, and one day we'll be able to "grow" things, structures and surfaces from atoms, just as [Richard] Feynman predicted in his famous lecture at Caltech in 1959. 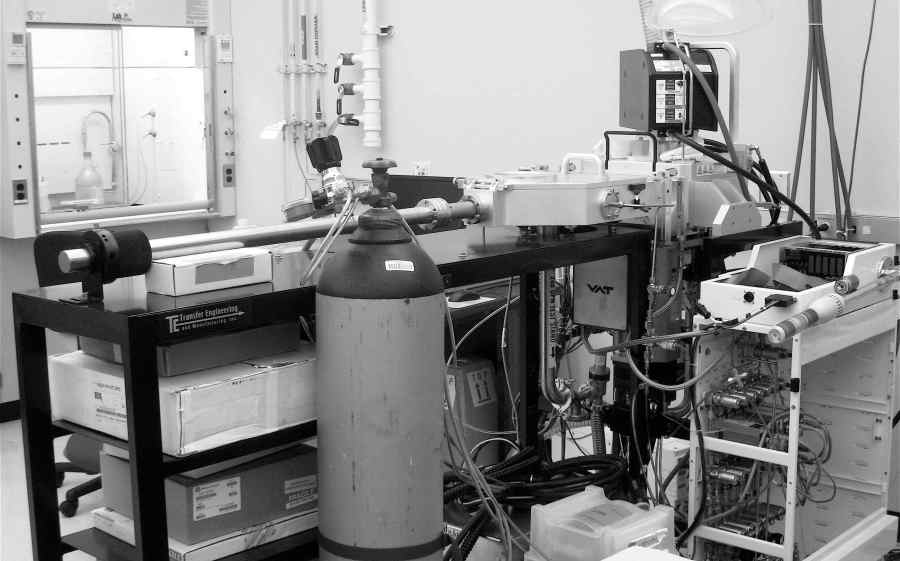 You must get a lot of comparisons to Yves Klein and his memorable International Klein Blue. Do you find inspiration in the work of Klein? What other artists serve as inspiration?

Indeed. Being able to create a personal and authentic artistic vision and art that heralds the incredible oeuvre of Yves Klein is my contribution of showing respect and gratitude. Klein's first artwork was drawing in the blue sky, my dream is to draw in deep space, and I am making that dream come true step-by-step.

I see that you have a background in arts education -- what was it that brought you to the edge of science and nanotechnology to begin with?

Science and technology are changing our world at an ever-increasing rate. The pace of the contemporary art world is different when it comes down to picking-up those changes. In fact, I perceive the fine arts world as very conservative, most likely because it's too busy facilitating and selling art, less supporting emerging art. The contemporary fine art market is undoubtably heading for a collapse. If the current art market doesn't anticipate quickly it will be disastrous. It has to open up, there's no other way.

From my personal point of view, art must raise questions, create new ways of seeing and experiences. It's subversive by nature. It seeks friction to generate information. It's resilient but doesn't always seek the shortest or easiest path. I found that the art world didn't please me enough. It didn't raise enough fundamental questions. It seemed to be trapped in the vacuum of money and self-referentiality. [It] lost the broader and deeper impact on society. Interweaving art, science and technology enabled me to reconnect with society, challenge the art world to create a potentially deeper impact. 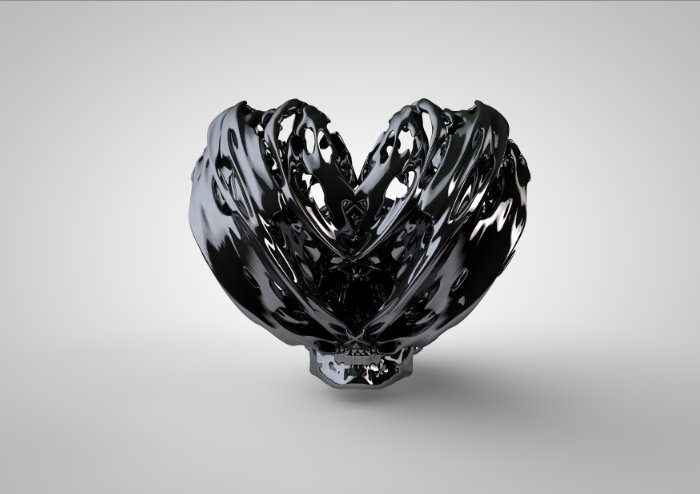