I had the great luck to have had Frederique as a client and friend over the past few years. Given her superstar status and arresting natural beauty (her native Holland, known for their love of flowers, named a new breed of lily after her), she is the most down-to-earth person imaginable. Completely congruent with her humility and grounded charm (which she attributes to her parents and being Dutch) is her intuitive and completely uncontrived style. Keep reading below. This was originally posted on StyleLikeU.com 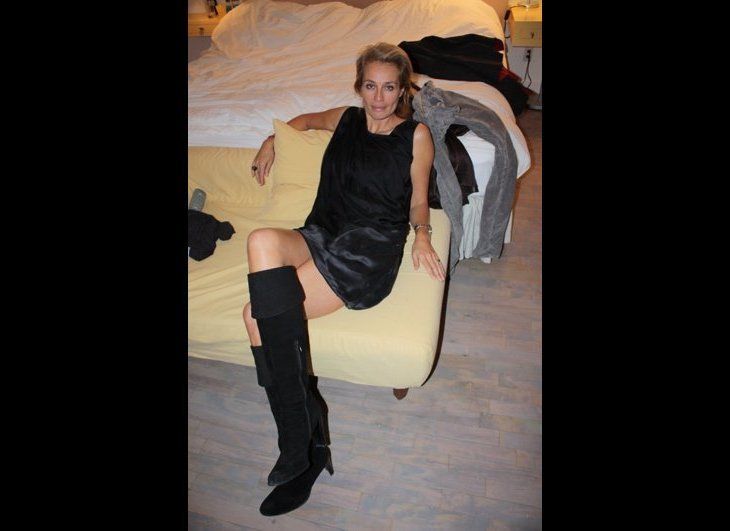 Whenever styling Freddie, she stands amidst the ten daunting stuffed racks of clothes and in her carefree way, throws an original, vintage Frederique look together in a nanosecond - a touch of fashion muses Ali MacGraw, Catherine Deneuve, and an unassuming Northern European bombshell - any knit dress and anything that's all legs stops you in your tracks. Freddie's closet today basically consists of things either given to her by her mom, over the years by designers (like the distinctively shaped and monumentally perfect Alaia leather jacket from 1989), or that she has accumulated from her infinite modeling jobs. Everyday staples are the seminal Hogan boots, Gaultier blazers, and jeans, all of which she snatched up from a job we did together three years ago. It wouldn't even occur to her to shop for something new. What makes Frederique so special when it comes to dressing is her almost innocence when it comes to trends - she is as excited about everything that she wears as if it were bought yesterday.

Nine-year-old Scyler is her mom's new in-house fashion consultant. Instead of the world-class stylists that have been at Frederique's disposal for advice, she now turns to her daughter. Mom says that Scyler always gets it right. She scored the coolest pair of black patent leather knee-high boots for Halloween, and already has plans for many ways to wear them other than "in costume" (she's even working on her mom to wear them to school). I love the way she describes the practicality of a silver shoe over the same one in lavender. The apple doesn't fall far from the tree.