This week Alibaba, the Chinese giant e-commerce company, is the brand which has been the most talked about in China. A few years ago Alibaba launched a big e-commerce festival on the 11th of November called 11.11, which is the Chinese equivalent to Black Friday in the US. This time, Alibaba is trying to launch a second e-commerce festival called the Ali Nianhuo Festival, which essentially means "the new year 'Ali' festival". It's a new e-commerce festival before the Chinese New Year to encourage people to buy products

For this festival they highlighted the countryside and not the cities. Alibaba wants to help people living in the countryside to sell their products. For Jack Ma, the founder of Alibaba, it's very important to promote Chinese people living in the countryside to sell their products through the Taobao platform. Jack Ma even made a statement about that, and wants to help the small-scale producers in China. So this time Alibaba highlighted the fact that the new festival is all about products coming from rural areas and not from the cities. It was very successful, as in five days they sold 210 million products, with 70% of orders via mobile. We can now expect this festival to be held annually and may become as important as 11.11 is for e-commerce in China and the world. 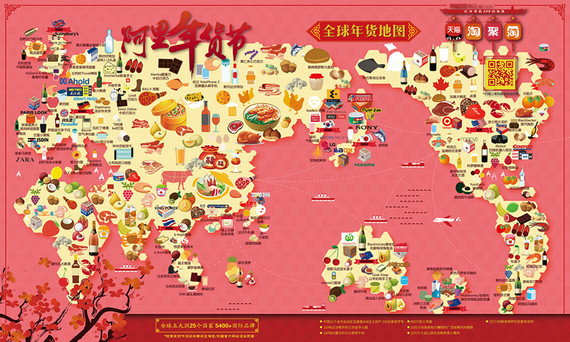 The Monkey King is a character that is half monkey half human. It's a fascinating character from Chinese mythology, and is an old story of a Monkey King going to India. This character is definitely inspired from Hanoumân, the Indian God of Gods. This magical character has fascinated all of China for years and years, and can change into 72 different shapes. Everyone was exposed to the story of the Monkey King as there was a series on TV about the Monkey King about 20 years ago, telling the whole story.

This legendary character is the HotTopic of the week because just recently, Pepsi made a huge story with the actor of the TV series, Liu Xiao Ling Tong, explaining that his father and grandfather had also both played the Monkey King in the theatre a long time ago. So because we are going from the Year of the Goat to the Year of the Monkey, everyone in China expected the actor to be invited to the CCTV Gala evening. When people realized that CCTV was not inviting Liu Xiao Ling Tong, there was a huge uproar of disappointment on social media.

The general public was completely surprised at this snub, as he had been invited 24 years ago and 12 years ago, but not this year which is the year of the Monkey. No one really understood the reasons behind it, and people were so angry that a lot of Chinese went as far as threaten CCTV that they would not to watch the gala show. This is insane as the gala show is broadcasted live to over 700 million people every year, as well as to all the Chinese diaspora which adds up to about 1 billion people watching the show every year. 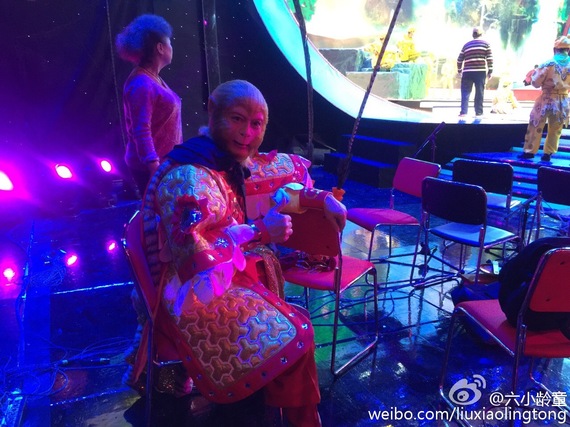 The HotPost (the most emotional topic) this week is very funny, as it is the story of the billionaire Wang Jianlin, who is very famous in China. His son is also very well known, as he represents the typical rich 2nd generation in China, who has a lot of followers on Weibo, is an influencer and is the perfect guy to marry. His nickname on social media is "The People's Husband", as every girl wants to marry him.

This time the HotPost is about his father. For businesses in China, the Chinese New Year ceremony is very important. Every company gathers all of their employees to celebrate the New Year and gives out small red envelopes with money (called "hongbao"). It's very important that the boss participates in the celebrations, which may include dressing up, dancing or singing. Failing to play along gives a very bad image to the employees.

This time, Wang Jianlin really played the game! He took the microphone and performed a real rock n roll performance, inspired by a Chinese rock n roll band. Being a rather traditional and old school billionaire, him singing this rock n roll song was pretty funny and amazing. He really connected to the Chinese people, and the video circulated on all the Chinese social networks. People were really amused by the fact that he played the game to the fullest. The video got over 110 million views. 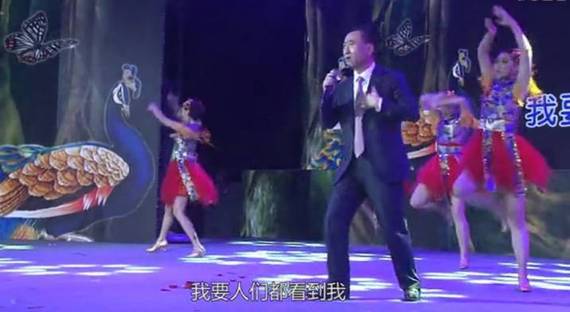