The HotBrand of the week generated 23,000 discussions on the web for 23.5 million media impressions. It is a Japanese hotel chain called APA Hotel. Chinese netizens discovered that APA's CEO had written a book under the guise of a pseudonym where he denies the Nanjing massacre of 1937 by the Japanese army.

On January 15, the user of Sina Weibo @KatAndSid ("Kat" is US and "Sid" Chinese) uploaded a video in which he explains that the APA Hotel chain sells the Chinese and English versions of the book and offers them in the Hotel rooms or at the reception. In the book, the author even implies that he will use the money raised in his various enterprises to support his political views. In 3 days, the video generated nearly 700,000 reposts, 34,000 comments and 370,000 likes on Weibo.

Very quickly, the netizens were offended and shared their shock on the social network and called for a boycott of the chain of hotels as long as the CEO did not apologize. Chinese Foreign Ministry spokesman Hua Chunying said the book demonstrates that there are still influences in China that refuse to face, deny or prefer to rewrite history. For its part, APA Hotel stated that the book was not intended to criticize, but to let readers learn a "factual interpretation of modern history", and that they had no intention of withdraw the book from their hotels. 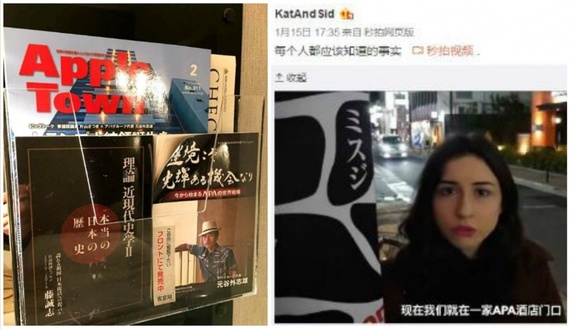 'Motorcycle Army' all the way back home for Spring Festival

The HotTopic this week is the beginning of the Spring Festival, or Chunyun season. This is a tourist period that takes place during the Chinese New Year, when the population moves massively, since the whole country benefits from these annual holidays. For some Chinese, this is their only holiday of the year. All of China moves at the same time, so it's very impressive! Every year, the Spring Festival is the HotTopic of the week.

This year, the topic of discussion around the Spring Festival was an army of motorcyclists that had been seen driving all around China. Obviously the Chinese have adapted and many have therefore chosen to travel on two wheels. There were some spectacular scenes, with the motorcycles always being overloaded. But most surprisingly, the police provided food, and sometimes escorted the bikers to the rest areas and support them rather than intervene with these dangerously overloaded motorcycles.

This provoked a lot of conversations on social networks: 177,000 for 310 million media impressions. The government even wanted to help some rough-and-tired bikers, and also encouraged this new mode of transportation throughout China. Since China is so much larger than France, it is rather surprising to see millions of Chinese traveling 500 kilometers on a motorcycle. One of the suggested solutions was simply to increase the number of train routes in the country.

Others however, think that the problem is much more complex, and that it is very complicated for Beijing to control and direct the migratory flow of the billion Chinese. For them, it is normal that the Government decided to ensure the safety of the travelling Chinese through the Police. 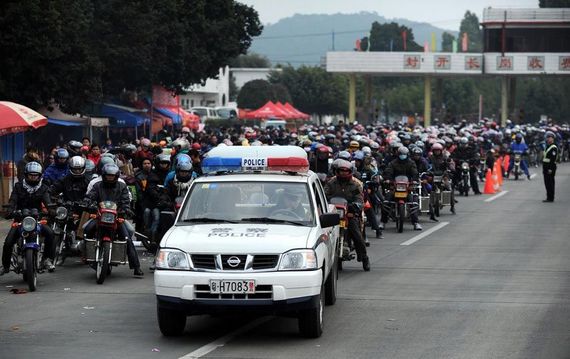 On the sidelines of the Spring Festival, a Chinese band released a new song called "How to save yourself during Spring festival" which became viral in a few hours. Only 1 day later, the video had reached 27 million views, 86,000 shares, 15,000 comments and 44,000 likes. The song lists all the embarrassing questions or situations that young Chinese people experience every time they return to their families for Chinese New Year, and gives an amusing solution to each of these situations.

Millennials naturally loved the song and shared it all on social networks saying that the group (Rainbow Chorus) should be invited to the Spring Festival Gala, which is the big annual show broadcast on CCTV at the CNY, which is similar to the Super Bowl. Other millennials wrote that they directly shared the clip with their entire family.

(Turn on English captions in the video.)