The HotTopic this week is a documentary about corruption in China, which generated 110 million views and 47,000 discussions on the Internet.

The documentary in question is very interesting, produced by CCTV, which is the main TV channel in China. It's a governmental channel, and CCTV worked with several government branches to get real information about the anti-corruption policy set up by Xi Jinping when he began his presidential term in China.

It's a very serious topic, and Xi Jinping has been fighting extremely hard against corruption. In the documentary, they explained the reasons for which the Government undertook, the anti-corruption policies, the concrete actions that have been made, and the achievements so far (for example the people that have been brought down, and the money that was brought back to the country).

The first episode was released on October 18th, and contained a lot of details making it a big success with Millennials, who demand and expect to be respected as viewers with attention to detail. Millennials loved it so much that the content ended up on Bilibili, a video-sharing platform where you can comment directly on the videos, thereby covering up the content. So the more comments you have, the less content you see. There were a lot of comments from Millennials saying how great the anti-corruption policies were, and also asking for the Chinese people to have more control over Government individuals. This is not a purely Chinese syndrome, as we can see this taking place all over the world, with the new generation wanting to be more active than passive. They want to have a role to play in the way their country is managed. 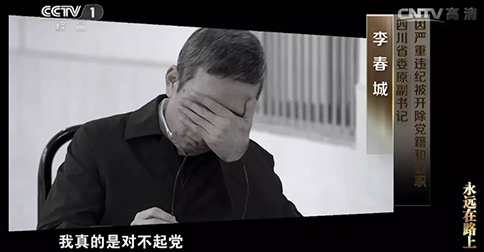 The HotBrand this week is called Green Oasis, which is a charity brand. Green Oasis launched an activation to make Chinese people more sensitive towards food and hunger. Even today in 2016, some people in China do not have the money to buy enough food to survive.

So they put a fridge called the 'Sharing Fridge' in front of a small restaurant. Every day, the owner of the restaurant donates 50 boxes of food to people in need.

Like when we talk about the digital China and the traditional China, there is a China that is extremely poor, struggling financially and working two or three different jobs just to survive. Green Oasis wants to bring more attention to this serious issue with this activation which was a big success. The Chinese people were surprised that even though the food was free, there was no chaos involved. Usually if something is free in China, chaos follows!

The owner of the restaurant decided to go further and involve other restaurants and supermarkets. Tencent charity also supported this activation by encouraging companies to come up with CSR ideas to help solve this problem. 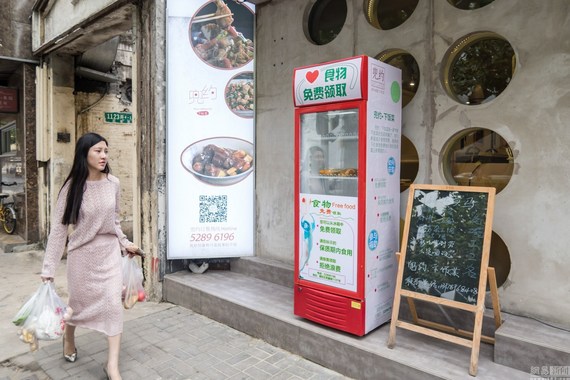 The HotPost this week is about Zhang Zhaozhong who is a retired General from the Chinese Navy. He is now 64 years old and just opened his Weibo account and made his first post, which was re-posted 91,000 times with almost 8,000 comments.

Millennials just love this guy, and he has become very famous over the years. For years, he was the official speaker on TV whenever the Army had something to communicate on. So every generation knows him, from grandparents, to parents and their children. The Chinese love irony, and some of his sentences are very funny when taken out of context. In one interview, years ago before social media, he was talking about pollution in the cities and saying how this fog of pollution is a good thing as it will help Chinese be invisible to any attackers coming from the air. When people asked him about all the seaweed because of the pollution, he answered that this is also a good thing as it will help the Chinese fight any attacks from a submarine!

What has made him even more famous is the fact that he has embraced the humour of his past sentences, and even posted himself wearing T-shirts with funny sentences written on them. 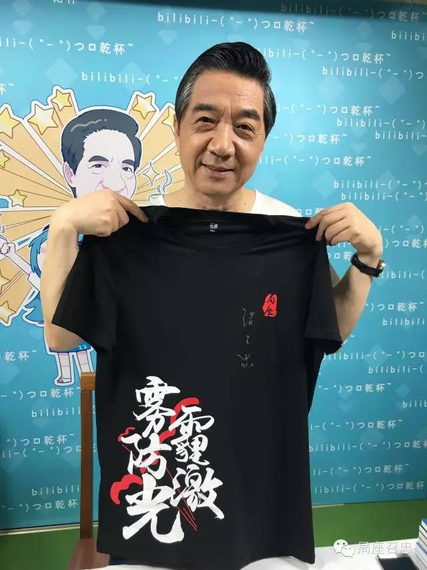