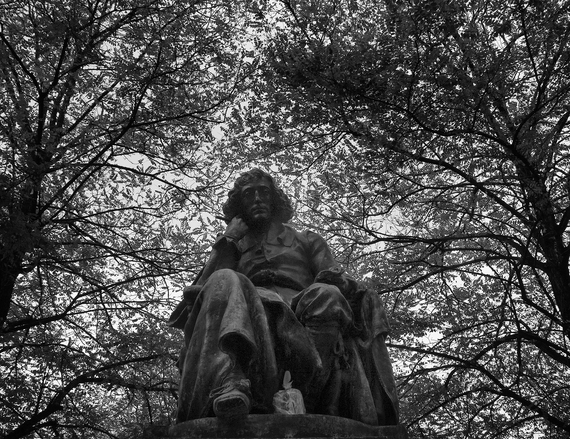 Freedom is perhaps the most elusive idea in modernist lore, but one to which we all subscribe. We can probably all agree that freedom is good and the opposite is bad. Agreeing on what freedom actually is or what's so great about it, however, is a whole other matter.

Indeed, there is such a gaping disparity between how broadly this word is espoused and how vaguely it's defined, that it can often appear as though freedom is nothing more than a semantic conflation of positive attributes with nothing in common but a nice ring.

17th century philosopher Baruch Spinoza had his own contentious concept of freedom. An ostracized Dutch Jew and an assiduous heterodox, he treated everything from freedom to God to political legitimacy in his Latin masterwork Ethica, which was published posthumously. More than 350 years ago, the Jewish elders of Amsterdam issued a cherem against the young Spinoza, excommunicating him for taking too many doctrinal liberties. Today, the works of "the blessed one" can still excite and properly disquiet a reader in such a way that incurs some healthy cognitive dissonance (an under-appreciated virtue, but I'll get to that later).

Spinoza lived in a time of scientific ardor. Scientia potentia est and what not. To be taken seriously in the new discourse you had to speak physics, biology, chemistry and, most importantly, math; an adequate argument had to induce clear and persuasive formulas, preferably with general applicability. The more scholars succeeded in explaining natural phenomena through simple, prediction-yielding laws, the more convinced they grew of the power of the new sciences to reduce the entire universe down to an elegant and consistent model.

But this new mission adumbrated some philosophical implications that many scholars and scientists at the time found troubling. If the world should really turn out to be stringently governed by only a small stock of pithy principles, wouldn't that imply that everything that has ever occurred or ever will occur is just an inevitable outcome of its preconditions? To many, the thought we might be living in a world tyrannized by causality was unpalatable. What was at stake was more than just metaphysical freedom, but also personal and psychological freedom with such dearly-held corollaries as free will and moral responsibility. And all this coming up inconveniently at a time when philosophes were stressing to husband "liberty" as sovereign of human rights.

None of that seemed like a problem to Spinoza, who posited in Ethica a metaphysical scheme for a universe both pantheistic and utterly deterministic. Everything, Spinoza asserted, is part of a single, unified substance. He provocatively named that substance "God." This ubiquitous God, or Nature, is also infinite (by definition) in the sense that all that can happen must happen and does as part of an imminent sequence. 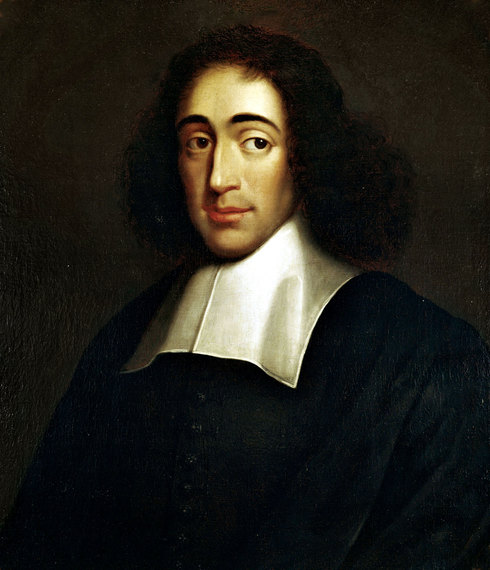 But what does this bode for freedom? In favor of his harsh causal model, Spinoza was not only fine with jettisoning both corporeal and divine "freedom of will," he actually stated that getting rid of this "confused idea" is essential to achieving true freedom. Spinoza asseverated that a world of "free choices" is quite the opposite of free. It's a capricious world of arbitrariness and probabilities. To be liberated of these misconceptions, to elucidate ideas without prejudice, to understand and accept life for what it is -- that is Spinoza's picture of freedom. Only when able to intuit your own "partialness" -- your belonging to an inexorable and indifferent whole beyond your control -- are you really free.

There is an existential (and probably unwitting) insight in this model.

Despite all the potential fatalism of his system, Spinoza still held an ethical program of justice. He was a staunch defender of civic freedoms as well as a proponent of democracy. Suggesting that good and evil are ontologically false concepts (for there's no judging authority nor a freedom to choose) apparently did nothing to moderate his political activities.

And there it is -- the taste of cognitive dissonance. Holding on to two contradictory ideas at the same time is a beautifully human feat, and one, as I said, that's often undervalued (indeed, social psychologist Leon Festinger originally coined the term to explain anxiety). Yet for all its bad rep, I see in it a marvelous capacity that gets us through the incomprehensibility of life, allowing us to accept, even embrace, the absurd. It's what makes it possible to bear a happy moment while being fully aware of its fugacity. It is also serves us a humbling, for it shows us that contradictions can, in fact, coexist; it doesn't even matter whether the flaw is in the ideas ("incomplete ideas" as Spinoza put it), or in our own reasoning faculty, or even in our notion of contradiction -- all the same, the very fact that dissonance can occur exposes our fallibility in truth-telling.

This is the real freedom that Spinoza presents to a postmodern reader -- ordering, then destabilizing, and always validating of life in the face of absurdity. To be free is to accept a deterministic world. It means to understand that the only resolution in life can come from conceding to its cruel, cold inevitability but to still call out its injustices with unadulterated rage and defiance.

Spinoza hoped that his philosophical program will "tranquilize the spirit" of his readers. And, with the right dose of cognitive dissonance, it at least does mine.

Picture by Ferdi De gier
Post originally appeared on The Times of Israel.