Universal Basic Income is a beautiful, yet extremely dangerous idea. But done right, it just might save humanity

In recent weeks, there has been a spike in the debate around the idea of Universal Basic Income (UBI). UBI basically means that if you're alive you deserve to receive enough money to keep you above the poverty line and provide for all your basic needs. The money can come either from a government or some other public institution, but the reception of the money is not contingent upon anything other than being alive. 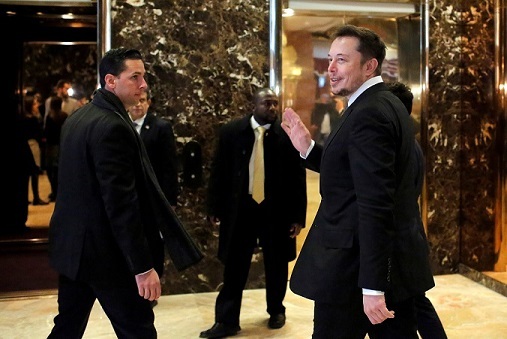 Elon Musk: "There is a pretty good chance we end up with a universal basic income." REUTERS/Andrew Kelly

Through a program called the Economic Security Project (ESP), endorsed by such high profile figures as Chris Hughes, co-founder of Facebook, and Robert Reich, former Secretary of Labor in the first Clinton administration, the idea is being touted as a possible solution to the challenge of joblessness in the burgeoning era of redundancy of human labor. They are not alone. Already, more than one hundred thinkers, scientists, university professors, and artists have signed the project's Belief Statement. Others, such as hi-tech mogul, Elon Musk, who said, "There is a pretty good chance we end up with a universal basic income due to automation," and acclaimed astrophysicist, Stephen Hawking, who declared, "Automation and AI are going to decimate middle class jobs," are also making known their recognition that the age of work as we know it will soon be over, for good.

The top one percentile and celebrities would naturally be troubled by the prospect of a future in which their safety is jeopardized by a frustrated, hopeless, and starved mob coming to take what they feel is theirs. But governments, too, are interested in experimenting with UBI, possibly as a means to avoid social unrest. Canada, for instance, is about to launch a pilot in Prince Edward Island province, and Fife Council in Scotland is currently considering a trial UBI scheme. Next year, the Netherlands will launch what The Atlantic dubbed as the "money-for-nothing experiment," which guarantees residents in Utrecht and surrounding cities "a flat sum of €960 per month."

I am all for allowing people to live in dignity. I think that society must provide every citizen and resident with food, clothing, security, housing, healthcare, and education. However, and this is a huge however, as I wrote nearly four years ago in my book, Like a Bundle of Reeds: Why unity and mutual guarantee are today's call of the hour, giving money to people unconditionally would be a disaster. If we want to see the end of humanity, let's give everyone free money. Human nature will take care of the rest, and it will not be pretty.

There Is No Life without a Reason to Live
If governments come to a state where they must give people substantial amounts of money just for being alive, then their next plan will necessarily entail means to reduce the number of people who are alive in order to reduce expenses.

But free money is not only a burden on the government. A person without commitments becomes a menace. Without aspirations, hopes and dreams, people cannot enjoy anything. When we work for our pay, we earn not only the money, but also the desire for the money. We dream about what we will do with it, how much more of it we want, and what we should do to make more money. But if a person is given the same amount of money today, tomorrow, and forever, and if each paycheck does not require fulfilling any obligation, then we have made the future the same as today. Without desires, hopes and dreams, people lose their minds. There is no worse punishment than to satisfy a person's wish before he or she wishes for it.

Without knowing why they should get out of bed in the morning, or at noon, or in the evening, people will go nuts. They will become violent just so they can feel alive. This is psychology 101; you really don't need to be a psychoanalyst to see this. If anything robs people of their dignity, it is the denial of their ability to contribute. Any country or community that implements UBI but does not condition it on fulfilling commitments seals its doom. Over time, people will become violent and devoid of human emotions.

How to Use UBI to Our Benefit
If UBI is to succeed, it must be part of a bigger plan. The fact that AI is decimating jobs, as Hawking put it, is not negative in and of itself. On the contrary, it liberates us to pursue our goals as human beings instead of being subjugated to modern slavery and exploitation. Society has much to gain from people's freedom, provided they use it in a pro-social manner.

In other words, if UBI is given in return for people's engagement in activities that contribute to society, then there is every reason to keep paying them. If they engage in negative activities, their payments should be withheld. That said, society must help them learn how to contribute positively and not automatically expect people to understand what this means or how to carry it out. 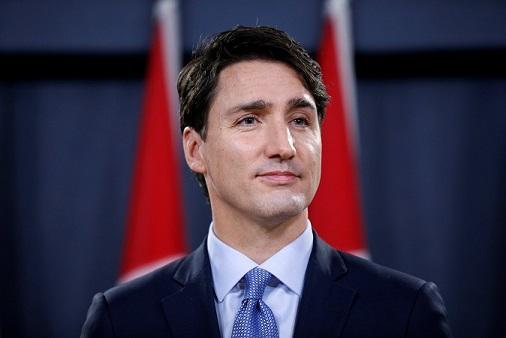 Justin Trudeau, Prime Minister of Canada. Prince Edward Island province is about to launch a pilot in UBI. REUTERS/Chris Wattie

The one ingredient that all societies desperately need, especially in less affluent areas, is social cohesion and solidarity. Therefore, the first "job" that the benefactors from the UBI program will have will be to connect among themselves. The job will consist of meetings that include straightforward teaching about the science behind, and importance of connection and solidarity in the community, as well as workshops where students will practice what they have learned and improve their communication skills and emotional solidarity.

Not all of the funds should go directly to the people. Some of the resources should support creating a warm environment in the community. Children and adults alike should enjoy free classes in complementary courses such as music, arts, and sports. The friendlier atmosphere in the neighborhood will complement the residents' schooling, allowing them to create an environment that changes their mindsets from distrust and alienation to openness and mutual concern.

Over time, senior students at the connection courses will become teachers themselves, enabling them to make extra income and expand the impact of their transformation beyond the boundaries of their neighborhoods. As the positive effect of the transformation ripples across cities and communities, the economic benefits of the positive atmosphere will begin to manifest. With far less hostility, and with a general atmosphere of support, municipalities and states will spend much less on policing and social services. Due to people's higher spirits and sense of purpose, their health will improve and depression related illnesses will become nearly obsolete, saving billions of dollars to the country's struggling healthcare system. Additionally, substance abuse will decline dramatically, since people will have no need to escape from a hostile environment at home, at school, or at work. Hopelessness will transform into hopefulness as people learn new and meaningful ways to connect and communicate.

While UBI will be the initial incentive for change, its impact will be deep and far reaching. In response to last week's column, a reader asked me what measures would be in place to ensure that people do not manipulate the proposed system for their own gain and self-interest. We tend to overlook the impact of society on our views and actions. But if we think of the horrible toll that people who suffer from online shaming sometimes pay, we will grasp the power of society over us. Just so, a person who exploits a system that the entire society cherishes will suffer such reproof that he or she will think twice and thrice before attempting foul play again. Naturally, there will be exceptions and incidents; no system is failsafe. Nevertheless, with a prevailing ambience of mutual responsibility and care for one another, such events will be the exception, as opposed to the current state where they are the norm.

I do believe that the time has come for a social overhaul. November 8 was a landmark date. We are at the onset of a new era, but it is our choice what kind of era this will be. If we pull together and think boldly, we have every reason to succeed. Humanity produces everything we need for comfortable living for all. If we learn the benefits of mutual care, we will enter a new and exciting stage in the history of humanity.