She shared her experience by posting a photo of her family's dinner receipt on Facebook: 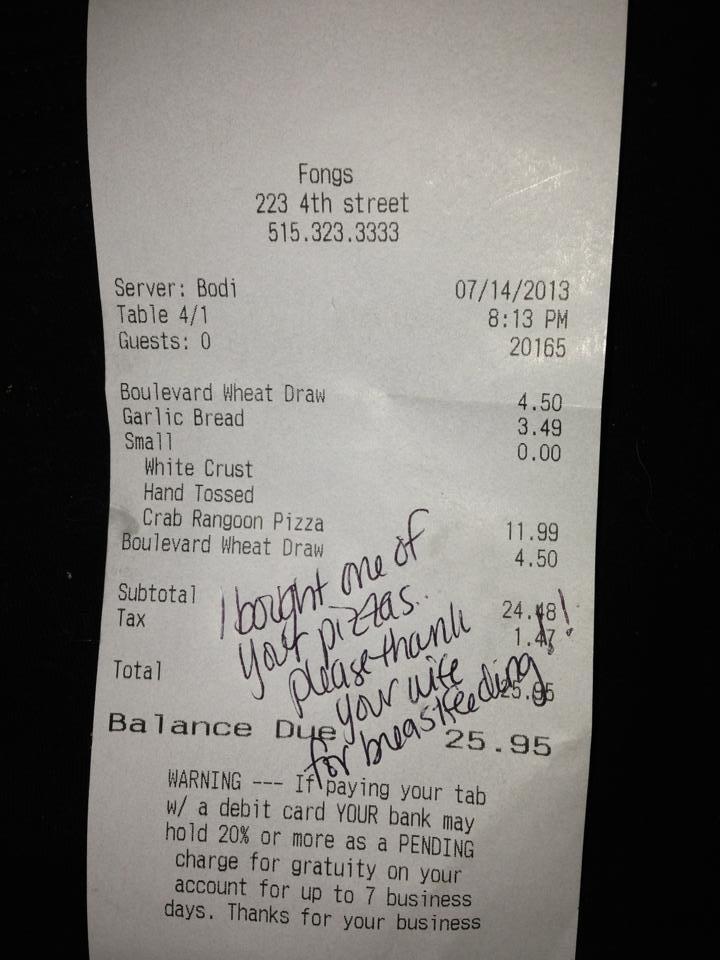 I have breastfed three children... I have breastfed them in countless of places both pleasant and unpleasant, discreetly and out in the open. I have gotten many looks and stares, but tonight erases any negativity I have ever received. I ate at Fongs for the first time tonight. Having a fussy baby I nursed him for awhile in the booth and eventually left the table early as to not disrupt the restaurant. The waitress gave this receipt to my husband. I was speechless and emotional. Although I don't need a pat on the back for feeding my child, it sure felt amazing. It is amazing how we women can make each other feel when we empower each other.

According to KCCI 8 News in Des Moines, waitress Bodi Kinney is the woman behind the note on Johnson-Smith's bill. "We need to come together and support each other when it comes to nursing our children," Kinney told the news station in an interview.

Clearly, others agree. As of Thursday morning, the receipt had been shared over 2,000 times on Facebook. This comes on the heels of Hollie McNish's incredible defense of breastfeeding in public that went mega-viral. Yes, folks, it looks like we might finally be getting used to this.