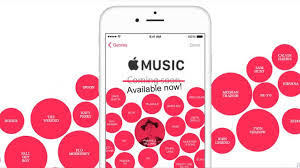 Just over six years ago, when four major music labels were each agreeing to launch Spotify's streaming service in the U.S. and other markets, they made a simple bet: Spotify, part of a new generation of unlimited streaming services, would launch a premium subscription business alongside its free, advertising-supported product, with a goal of converting free consumers to paid subscribers.

At the time, the labels' bet was actually forward-looking and strategic, especially as much of their core business had been ravaged by physical and digital piracy. They could no longer fight the digital wave; so they agreed to accede to streaming, which looked like music's future.

Never mind that many of these new streaming subscribers weren't actually paying full freight, or that many would come via mobile carrier subsidies, or that labels had experimented unsuccessfully with this new "freemium" model in other markets. The U.S. was (and still is) the most critical digital music market, so the nod to launch was a true gamble.

Put simply, the bet was that Spotify and its competitors could sign up enough paying subscribers to offset the amount of revenue the labels would lose from download stores like Apple's iTunes and Amazon. ("Why would anyone buy a download again, if they could stream it all for free?" went the doubters.) The logic went that once Spotify launched, even mainstream music consumers would no longer need to buy downloads from Apple's iTunes or Amazon's stores.

And, at least from the "top line" view, the math was also simple: consider the average number of tracks a consumer buys annually at $0.99 cents apiece, and compare that to the annualized revenue of a $10 monthly subscription. If Spotify and competitors were successful converting users to paying subscribers, the labels would have actually grown their business.

Streaming wasn't the only bet: rather than fight the eventual decline of their robust download business, the labels also agreed to license a long list of new mobile products with their partners, few of which they were credited for. The list resembles an album of obscure tracks: ring back tones in emerging markets like Latin America, subsidized "white label" carrier-backed music services that felt free to mobile subscribers, video ring tones, pre-loaded artist handsets, even complete music handset packages from Nokia and Sony that offered the same access to music Spotify did.

And while few focus on it, the labels also intelligently invested in many of these new services, including Spotify, where the majors hold roughly 18 percent of its equity. This approach was actually an important sea change from past experiences like MTV, which grew off the back of major label funded promotional videos to become a highly profitable television network. The labels didn't share in the upside, and MTV progressively played less and less music. (The MTV case is still regarded by many within the music industry as a model to avoid.)

But as positive as the labels digital licensing strategy seems, it may have actually been too liberal. When one adds up all of the partnership activity and includes Internet radio, which any webcaster can launch via a simple license from the U.S. Government, there's a tremendous amount of music available to consumers, free and premium.

Perhaps too much: music consumption is at an all time high, and while mid year results showed moderate revenue gains from U.S. streaming, actual US subscriber growth is currently flat. Digital music advertising sales are definitely not helping the picture, and many U.S. consumers don't seem to see any big difference between interactive services and Pandora, either. (They're just as happy to have music channels and playlists served up to them.) Perhaps most critical: recent Nielsen research indicates that consumers don't really want to pay for music subscriptions at all.

Apple, the biggest gorilla, recently launched its own streaming service, which appears to be an early stage mess: initial reports on premium conversions from its three month free trials are not great, and some suggest Apple's trials may actually be helping drive the growth of competitor Spotify's subscriptions. Apple is still the biggest, most critical digital partner for major labels, and it still occupies a central place in their thinking and strategy. While labels need to remain neutral and support all partners, it is Apple who popularized and built the core of their commercial digital music business, and they certainly need to support (if not favor) the growth of Apple Music.

So what can one expect to see from the labels in the face of all of this tough news? It seems clear that the labels will move in some way to "degrade" the free streaming experience, while trying to incentivize premium subscription growth. This has been tried before, in Europe and emerging markets, but it is now more critical than ever.

"Destructive" options could include restricting certain content for free streaming, or creating tiers of content only available to premium subscribers. Limiting the hours or numbers of streams for free users could be considered, and some even suggested extreme measures like "forcing" free consumers to buy a track or opt in to hearing a sponsor's message to keep that free music stream going, too. The labels could take a hard new look at usage liberties they allow partners, such as the number of devices a consumer can use their subscription music with.

More constructive ideas consider the notion of labels offering niche content or packages of hits to partners, who might sell at different price points -- a $1.00/week "streaming hits" package, or a specialized Jazz, heavy metal, or ethnic music package at $3.50/month. The concept of tiered pricing is not new: Apple and the labels tried tiered download pricing six years ago, too, to marginal effect. And the bigger idea of "creating scarcity" for music content isn't new either: Vevo, Sony and Universal's online video network, was created around this notion, with a goal of driving up video advertising pricing.

It's not clear how the labels will shake off the current subscription doldrums, but with Apple and streaming subscription growth front and center, you can bet they will do whatever it takes to build subscription sales, their big bet. And that just might entail giving free streaming a real haircut.