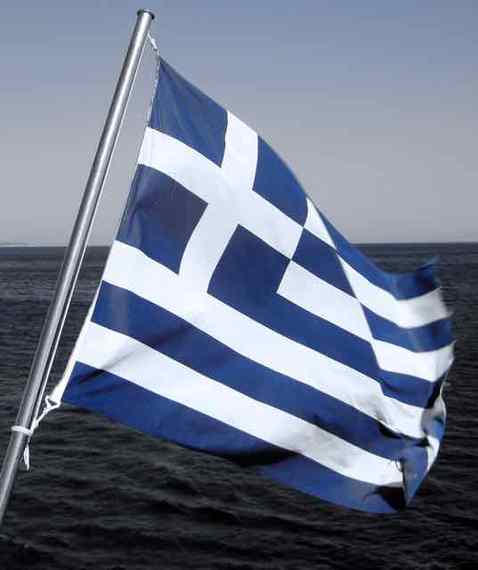 Throughout history, the unthinkable today becomes reality tomorrow. We live in an age of increasing complexity riddled with perplexing situations. In the past weeks an extremely paradoxical event in the Greek political system has been unfolding. This week, the staunch left-wing Siryza party won a parliamentary election, resulting in the widely commented emergence of Alexis Tspiras as Prime Minister. Mr. Tspiras is at the helm of an unlikely alliance that aims to revert the effects of "imposed" austerity resulting from the terms attached to the funding provided to save the Greek economy from collapse by its European confederates and the International Monetary Fund (IMF) in 2010.

Greece is not the only state in the European Union that has been teetering on the brink of economic collapse, but with debt exceeding its national income by a staggering 175%, recovery depends on a drastic reorganization of the economic system. This was precisely the intent of the structural adjustment package appended to the "bailout" financing plan agreed upon in 2010. The loan came with strings, tightly bound purse strings that is. The austerity measures it prescribed included significant public sector expense cutbacks, reduced retirement benefits, diminished social welfare programs and tax adjustments. Reluctantly, Greece accepted this as the lesser of two painful options: austerity or default.

Structural adjustment programs are often quite draconian with deep implications for the citizenry, and for many decades were the prime instruments used to promote global neoliberal reform. Controversial as they may be, their aim is to help float economies and improve the chance of lenders to recover the investment. Because of the underlying goals are not always aligned, sometimes the programs are haphazard. One such example of a counterproductive measure -despite helping the nation overcome its financial collapse in 1998- was the structural reform imposed on Ecuador by the IMF, World Bank, Inter-American Development Bank and the Latin American Development Bank for a $2 billion dollar loan. It required sacrificing a portion of the already meager public education budget in order to accommodate debt repayment. In my view this was particularly harmful for the long run of the country, given that Ecuador had already been suffering from underinvestment in human capital, thus undermining the future of the very economy they aimed to support.

The bailout Greece received in 2010 was for €110 billion ($146 billion at the time) and its current foreign debt exceeds $300. However, Ecuador might offer a practical point of comparison that can help put things in perspective; both nations have lost their ability to implement significant monetary policy since 2000, when Greece adopted the Euro and Ecuador the U.S. Dollar as legal tender, and therefore have had similar constraints for economic management. While Ecuadorians make on average $0.27 for every $1 a Greek national earns, the average Greek carries $18.14 of debt for every $1 owed by an Ecuadorian despite the fact that Ecuador is half the size and has 3 million more people. Though superficial, this comparison highlights the unsustainable level of indebtedness in Greece. But the fundamental point of this contrast is not to beleaguer the already harassed and questioned economic policy of Greece, but to lend a different optic to Mr. Tspiras' rally cry to end "five years of humiliation and suffering," and posit: Who is really responsible for the current state of the Greek economy? How did things get this bad?

Although Greek discontent with austerity is understandable, irrespective of what seems to be an established pattern of overspending, Mr. Tspiras must now be careful not to overestimate the generosity that the EU has shown its Hellenic compatriots. As the week wound down, rumors began to emerge of a call for a Greek debt pardon, triggering the forceful pushback of the European Central Bank and creditor leaders. "There has already been voluntary debt forgiveness by private creditors, banks have already slashed billions from Greece's debt" expressed German Chancellor Angela Merkel.

The paradoxes of the Greek crisis are many, but perhaps most perplexing, is the fact that the discourse of those coming into power are attributing the state of affairs to outside forces. The incumbent governing coalition was formed in partnership with right wing ultra-nationalist Anel party, whose head Panos Kammenos (appointed as Defense Minister) recently made the unsubstantiated remarks that Jews, Muslims and Buddhists were "not taxed." (I hope the irony of the situation is not lost, since Mr. Kammenos is part of the leadership of a new government asking to improve debt terms with Europe and in particular the German government during a week that started with Holocaust Remembrance day). Moreover, the coalition has enjoyed popular backing by blaming the state of the economy on the conditions of the lenders that saved them from collapse not long ago.

Although my perspective is ignorant to the latest developments and minutiae, I am confident to say that from the outside, it is clear that scapegoating the EU for not pardoning or easing terms on debt, accusing minorities of tax fraud and ramping up government expenses are surely not part of the road to resolution. Ironically, that's exactly what we are seeing. We can only hope that this does not transcend rhetoric and that the legacy of expensive government programs, bloated bureaucracy, large pensions, and rampant tax evasion which landed Greece in this predicament in the first place can be left behind once and for all.