Like 2011, 2012 was a year of triumph and transformation for the freedom to marry and our campaign.

We heard the president give a heartfelt and personal explanation of the conversations that had changed his mind and led him to embrace the freedom to marry. We saw the Democratic Party enact a freedom-to-marry plank in the party platform -- and then win elections all across the country. We went four for four in marriage-related ballot measures in November and grew the number of marriage states from six to nine in one night. And we ended the year with the Supreme Court's announcement that it will hear two marriage cases that could restore the freedom to marry in California and overturn the so-called Defense of Marriage Act (DOMA) and end federal marriage discrimination against legally married gay couples. The clock is now ticking on the urgency of turning our 2012 momentum into the next wave of wins that can help create the climate that maximizes our chances of winning in the Supreme Court.

While already at work on the wins we want in 2013, let's savor and take inspiration from Freedom to Marry's top 10 marriage moments in 2012. 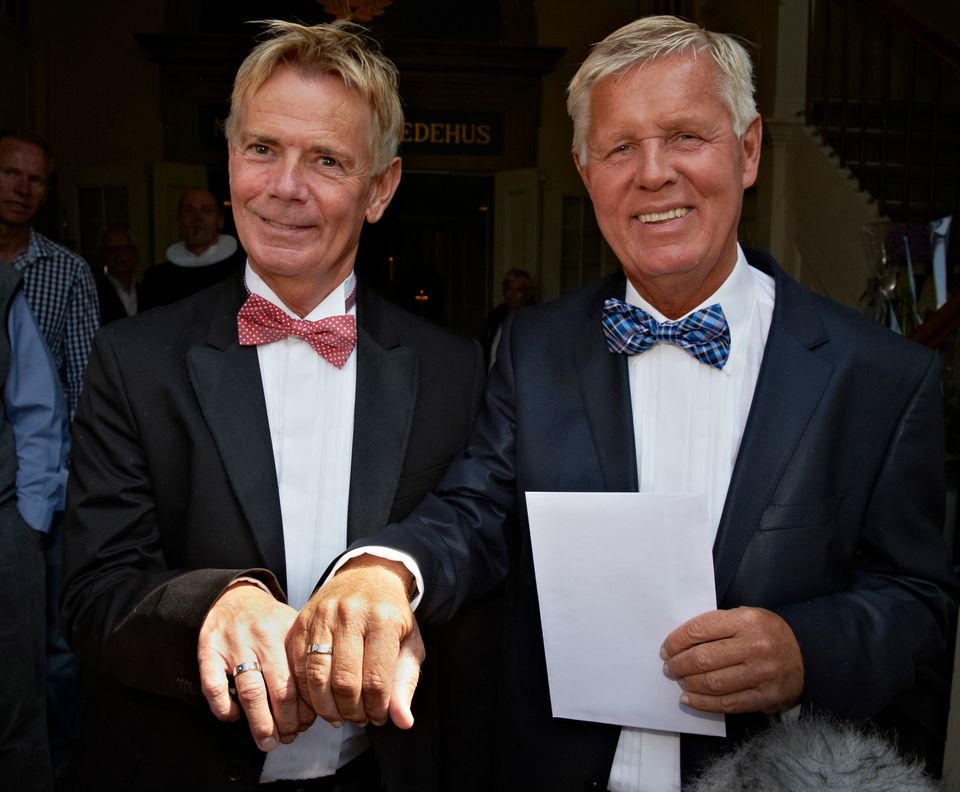 1 / 10
Big Steps Around The World
In June Denmark became the 11th country in the world to begin issuing marriage licenses to same-sex couples, joining the ranks of the Netherlands, Argentina, Canada, South Africa and more. This month, Mexico's Supreme Court handed down a unanimous ruling in favor of the freedom to marry. Counting countries like the U.S. that are part of the way there, gay couples can share in the freedom to marry in 14 countries on four continents, with others such as the United Kingdom, France and New Zealand all likely to move in 2013.
AP