The New York Post has an exclusive report on a homeless man who found the "confidential" blueprints for the Freedom Tower in a New York dumpster!

Two sets of confidential blueprints for the planned Freedom Tower, which is set to rise at Ground Zero, were carelessly dumped in a city garbage can on the corner of West Houston and Sullivan streets, The Post has learned.

Below is a photo of the blueprints: 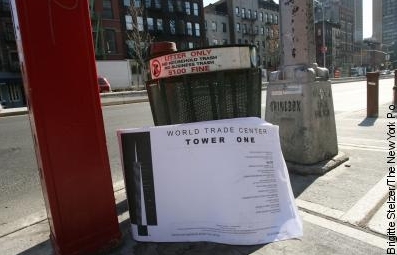 Below is a drawing of the planned Freedom Tower: 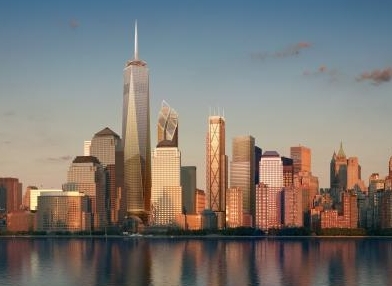