This week it was announced that singer-songwriter, Kesha Rose Sebert has sought an injunction against Dr Luke (Lucasz Gottwald) and Sony Music, the parent company of Gottwald's label, Kemosabe Records, in an effort to speed up a suit she had brought against Gottwald in October 2014 for sexual assault, battery, sexual harassment, gender violence, emotional abuse and the violation of California business practices.

In the suit, she had alleged that Gottwald had repeatedly drugged and raped her, and submitted her to emotional abuse that proceeded her seeking treatment for bulimia nervosa. Gottwald, of course, countersued and claimed that Sebert was trying to extort him in order to get out of her contract-- a claim which New York Supreme Court justice, Shirley Kornreich has since had paused.

Fittingly, Sebert's legal battle against Gottwald has come to symbolize not only that of career autonomy but also one of physical autonomy, where Gottwald and Sony seem intent on using the legal system to further punish her for coming forth and speaking out at all. Their responsive actions and victim-blaming rhetoric speak volumes, in that they fall methodically into step with abusive behavior cycles, under the rape culture-endorsed assumption that they will successfully be able to discredit their accuser, who they still hold power over (in this case) by refusing to allow her to work.

Gottwald's lawyer offered this nugget of clumsy deflection the following slice of deflection: "If Kesha now regrets her career being mired in legal proceedings, it's entirely her making."

Sony didn't fare much better, writing, "Sebert cannot have it both ways." adding, "She cannot claim that Gottwald intimidated her into silence, then -- as an apparent afterthought -- seek to hold Sony and Kemosabe Records liable for failing to act on conduct that she did not report."

Tellingly, both statements suggest of Sebert's predicament, that she was "asking for it" or that it arose from impasse that she had engineered of her own volition, while simultaneously avoiding the oh-so glaringly missed question:

Why is it even acceptable to punish and devalue a woman for speaking out about abuse, rather than to just negotiate a release her from her contractual obligation to an alleged abuser, thus permitting her to reclaim the autonomy her allegations are addressing?

Sony's focus on Sebert's failure to take measures to prevent her rape in lieu of holding Gottwald under the scrutiny of committing an actual crime against a young woman is also unnerving. This is the essence of rape culture-- focus on the actions of the young woman for not preventing her rape, rather than addressing a man's actual criminal act of rape. 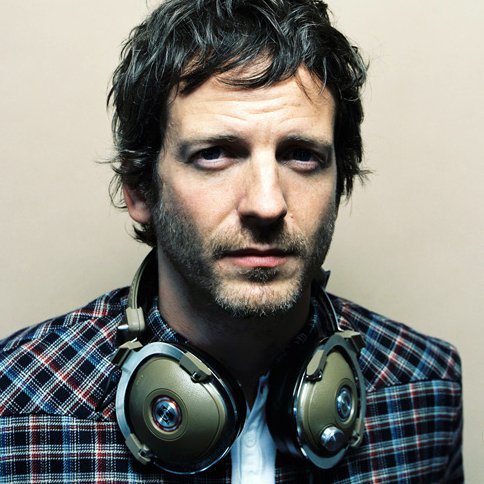 Scrutinize the abuser, not the victim (credit: facebook/thedoctorluke)

Social media users have been smart enough to read between the lines within these extremely iffy statements from the Gottwald/Sony camp and have started up the #FreedomForKesha hashtag in support of Sebert.

The lack of response from outside of feminist-leaning blogs suggest that perhaps it is not immediately apparent how deeply Kesha's struggle resonates for women in entertainment industries and how Sebert's objectives will serve as long term groundwork to serve in benefit to future female creatives, that is, should she manage to set a precedent here.

The first parallel that springs to mind is the case of 1960s Hollywood ingénue, Tippi Hedren, who rebuffed the advances of famed director, Alfred Hitchcock after making two movies (The Birds and Marnie) with him in short succession. He proceeded to sabotage her career by refusing to release her from her contract while also refusing to allow her to work for other studios.

Hedren never spoke out about her experiences with Hitchcock until decades later and Hitchcock had long before, passed away. Fifty years on, Sebert finds herself in a similar position, however the difference is that she is challenging this depressing status quo of women caught up in abusive cycles in the entertainment industry, and is doing so both directly and convincingly against a very tired script that is more rotten to the core than simply stale, and actually never made any sense anyway.

Here are just a handful of reasons why it is important to remember that it is not worthwhile or conducive to discredit Sebert from the side-lines: Woody Allen, Roman Polanski, Terry Richardson, Bryan Singer, Marc Collins Rector, Bill Cosby.

Out of all of these men, Polanski and (eventually) Cosby were the only ones where any abuse allegations have stuck, with Cosby recently seeing his honorary degrees from Fordham and Spleman rescinded. Wittingly or not, Sebert is firing a very important warning shot effectively at them and men like them, as well as the machine that enables them to destroy young lives. And young people consuming entertainment media and following its pop culture personalities have been long overdue a role model like Sebert, whose celebrity can match or outstrip an abusers'.

By implicating Sony, Sebert is aiming brilliantly at both the actors of abuse and their support system. Having already won a very important battle to get her suit against Gottwald given precedence over his defamation suit against her, she's also managed to set up a scenario of a "first things first" approach to the case, minimizing Sony and Gottwald's access to avenues of deflection.

Common sense is indeed on Sebert's side. Dr Luke and Sony are left grasping at thin rape culture narratives, bolstered by the coffers of wealthy industries that turn young women into sexualized, money-making puppets and seek to perpetually punish them for dissent from passivity or indeed, for any display of self-possession.

With an estimation that 70 percent of rapes go unreported by young women, Sebert's case against Dr Luke and Sony is indeed significant and demands visibility. I may have never bought a Kesha record in my life but I have been lured to the dance floor on many occasions by her hits 'Tik Tok' and 'Timber.'

Wonderfully, Sebert's bio reveals a young woman who has been writing hit songs for other female artists since she was in her teens; a woman who has used her time as a pop music exile to become ordained as minister and officiate over same-sex weddings; and a person who has spades more in talent than those who became used to feeding off that talent while insisting to her--and convincing us--that she is worthless.

Kesha Rose Sebert just doesn't seem to be buying any of it anymore, and I certainly don't think any of us should either.
#FreedomForKesha.