Today an increasing number of workers are veering off the time-honored career path of joining an employer, rising through the ranks and staying for decades. Some are freelancing by choice, relishing the opportunity to set their own schedules, choose their assignments and work independently. Others have turned to contingent work out of economic necessity.

Freelancing has long been commonplace in professions ranging from writing, editing and design to many skilled trades, real estate appraisal and even fitness training. Statistics do not always provide a clear picture of the contingent workforce because of the variety of working arrangements that are possible. But as digital marketplaces offer individuals new avenues for generating income, their numbers could grow sharply in the decade ahead. These platforms are creating flexible opportunities for individuals who want to be free agents, but they are raising real concerns about the insecurity associated with the so-called "gig economy."

Freelancers offering professional services can participate in digital marketplaces to secure a greater volume of assignments, market themselves, use secure payment systems and vet potential clients. One of the largest is Upwork (formerly Elance-oDesk), which connects freelancers with assignments in areas such as software programming, graphic design, marketing and mobile development. It connects some 3.6 million client businesses with more than nine million freelancers from 180 countries.

These platforms are creating flexible opportunities for individuals who want to be free agents, but they are raising real concerns about the insecurity associated with the so-called 'gig economy.'

These types of platforms can spur large companies to hire contingent workers when they cannot justify a full-time position, and they can dramatically lower costs for small companies that need specialized help, from accounting to marketing assistance for a product launch. Freelancer.com is a similar website, and it has some 15 million users.

But the platforms dominating the headlines are those matching customers with contingent workers who will perform specific tasks locally, in person and on demand. TaskRabbit, for example, applies this model to personal services such as running errands and performing home chores and repairs. Amazon Home Services matches tasks such as moving, repairs, cleaning and shopping with individuals who have listed these skills, have been vetted by the platform and can be reviewed by anyone who has hired them. Others deliver one type of specialized service, such as UrbanSitter and Care.com for child care.

Uber has expanded rapidly in markets around the world by offering one very specific service: driving passengers to their destination. Since its launch in 2009, the company has created a dynamic model for providing a service on demand through its mobile app, building a large contingent workforce in the process. Drivers earn income using their own cars (and covering their own expenses), but they have lower barriers to entry than in the traditional taxi industry. They can also create their own flexible schedules. At the end of 2014, there were 160,000 active Uber drivers in the United States alone, and they received more than $650 million in payments during just the fourth quarter of that year. Because Uber has rapidly gained market share from the more regulated traditional taxi and limousine industry, it has encountered resistance around the world -- and has even been banned in some jurisdictions. 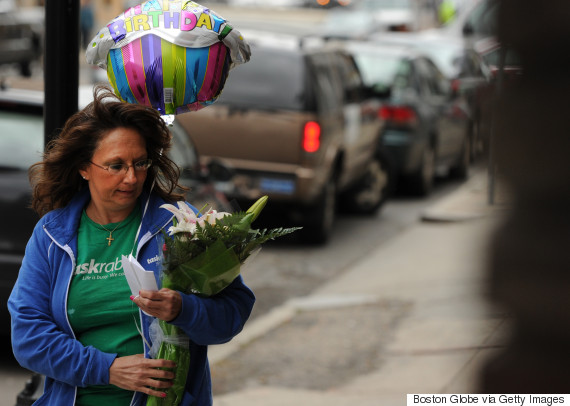 The dispute over Uber crystallizes the gnawing question at the heart of the so-called "gig economy." Are these types of platforms an economic boon to workers who want a flexible way to generate income? Or are they the latest sign of worsening income inequality and a fraying safety net for workers?

The answer is a little bit of both. Recent research from the McKinsey Global Institute examined the economic potential associated with online talent platforms and found that their biggest impact will likely come from boosting labor force participation: "In countries around the world, 30 to 45 percent of the working age population is unemployed, inactive or working only part-time." This translates into some 850 million people in the United States, the United Kingdom, Germany, Japan, Brazil, China and India alone. The U.S. labor force participation rate, for instance, declined by 3.7 percentage points from the beginning of 2007 through the end of 2014.

While some have opted out of the workforce by choice or prefer part-time employment, this number includes many millions who would like the means to raise their incomes. A U.S. survey, for example, reports that three-quarters of people who are unemployed and able to work would be likely to work if they had flexible options. Digital marketplaces for contingent work can deliver that option to people who do not want traditional full-time positions. If even a small fraction of inactive youth and adults use these platforms to work a few hours per week, the economic impact would be huge -- amounting to some $1.3 trillion annually by 2025, according to MGI's projections.

But the quality of jobs being created through these on-demand service platforms is coming under increased scrutiny. Digital platforms create pricing transparency and increased competition. Just as e-commerce marketplaces tend to bring down the price of products sold online, talent platforms put pressure on the prices associated with services. Many of the jobs created by contingent work platforms do not add up to a living wage.

Workers in many fields are becoming free agents in digital marketplaces, for better and for worse.

Around the world, policymakers will need to clarify how project-based workers are treated under the law, whether regulations like minimum wage laws apply, and what benefits the employers will need to provide. Countries such as Germany and Canada, for example, have a "dependent contractor" category that grants some additional protections to workers who fall somewhere between employees and independent contractors and are dependent on a single employer. Worker benefits are a major area of concern.

The United States, for example, long ago designed a system in which employers are primary mechanism for delivering a wide range of benefits (even if employees share the costs with them). These include health insurance, disability insurance and retirement plans, as well as unemployment insurance, maternity and paternity benefits, worker's compensation for job-related injuries and paid time off. But freelancers must purchase their own insurance and rely on their own resources if they take time off for any reason. They also lack access to the same kinds of retirement savings plans available through many traditional employers.

If the digital revolution makes alternative working models and employment relationships more commonplace, policymakers will need to consider designing a system of more portable benefits. New online marketplaces and intermediaries may emerge to meet this need. Or unions could fill the gap, providing benefits and even training and credentialing for members, as they have done in the construction industry and for Hollywood writers and movie professionals.

With the right institutions and policies in place, it could become more viable for people to choose a freelance career path. Workers in many fields are becoming free agents in digital marketplaces, for better and for worse. Now policymakers and the private sector will need to create a framework that allows all of the participants -- including the workers -- to enjoy the economic upside.

Jobs Of The Future