In a science career that has spanned more than 60 years, Freeman Dyson has worked alongside some of the greatest minds in theoretical physics, including Albert Einstein, Edward Teller, Hans Bethe, and Richard Feynman.

Of course, Dyson, 90, is himself a mathematical physicist of almost legendary status. He made his name with a brilliant 1948 paper on quantum electrodynamics and went on to do pioneering work in a dizzying array of disciplines, including astronomy, spaceflight, and nuclear engineering. 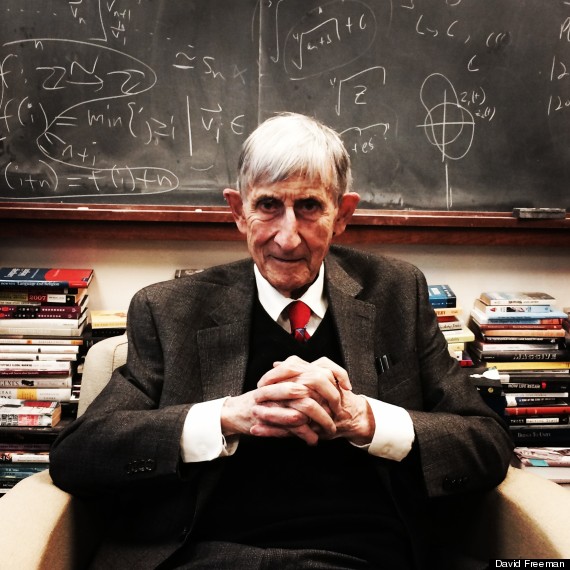 Freeman Dyson in his office at the Institute for Advanced Study in Princeton, N.J.

In recent years Dyson has come under fire for his contrarian views on climate change. He's been labeled a heretic--and worse. Yet he sees an important role for scientists who hold views that are unpopular or out of the mainstream.

As he explained recently in a wide-ranging interview with HuffPost Science:

Dyson, who was born and raised in England, maintains a busy schedule as professor emeritus at the Institute for Advanced Study in Princeton, N.J. But he has shifted his focus from research to writing.

And why is that?

"I went through a midlife crisis like other people when I discovered I wasn't as smart as the young guys down the hallway," Dyson said in the interview, which was conducted in his office at the institute. "And so I had to find another line of work."

Listen to the entire interview below.