After a homeless man named Jérôme Aucant saved him from carbon monoxide poisoning, French baker Michel Flamant offered the man an apprenticeship and sold him his bakery for 1 euro (about $1.14).

The two men first met when Aucant was panhandling in front of Flamant’s bakery in Dole, eastern France, and the baker came outside to offer the man coffee and croissants. After that Aucant began stopping by regularly just to chat with the 62-year-old.

A couple weeks later, in December 2015, Flamant was baking bread when he suddenly felt drowsy and fell unconscious after inhaling carbon monoxide from a leaking oven, according to a Huffington Post translation of an AFP report. Aucant happened to stop by the bakery just at that moment to chat with Flamant, and immediately called emergency services after pulling the man to safety.

“The firemen told me I would have died about 15 minutes later,” Flamant said, according to a HuffPost translation of a Le Progrès article. After spending several days in the hospital, Flamant decided to return the favor to the homeless man by offering him a part-time job.

It took just a few days of working with his new apprentice for Flamant to realize that he had found his successor, as Aucant proved to be a hard worker. The baker, who was looking to retire, had spent two years searching for someone to take over his business, as his three daughters were not interested in the job.

Flamant offered to sell the shop to Aucant for 1 symbolic euro.

“Jérôme deserves to be given this chance," Flamant told Le Parisien.

Aucant who will be taking over the bakery in September, said he's grateful for this new opportunity.

“Michel gave me a great gift. Now I have to deliver,” he said.

PHOTO GALLERY
Easy One-Serving Desserts That Are Ready in Minutes 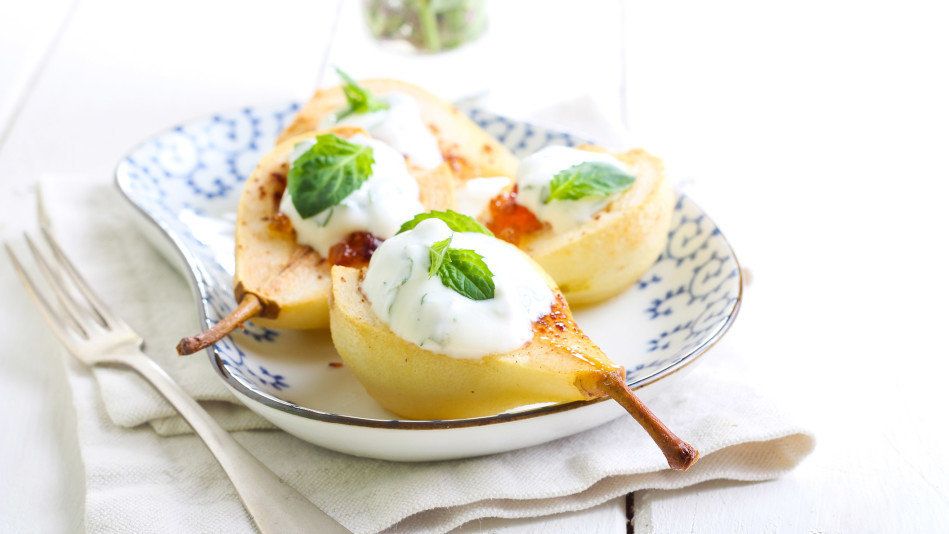 1 / 5
A Reminder That Simplicity Can Be Divine
"Cooking doesn't have to be a long and complicated process," writes Dana Velden in her new book, <i><a href="http://www.amazon.com/Finding-Yourself-Kitchen-Meditations-Inspired/dp/1623364973?tag=thehuffingtop-20" target="_blank">Finding Yourself in the Kitchen: Kitchen Meditations and Inspired Recipes from a Mindful Cook</a></i>. In fact, sometimes cooking is more like gathering and assembling, a quick and spontaneous pairing of two, maybe three, ingredients. This approach works for any meal, but it's especially well suited for when you want a dessert for one, something that's indulgent yet unfussy. Velden's ideas, which she shares here, are a reminder of how practicing restraint can create a greater-than-the-sum-of-its-parts deliciousness. Her first suggestion: Pear with ricotta. Just cut the fruit (the riper, the better) in half, scoop out the seeds, stuff the little hollow with creamy, sweet ricotta cheese and eat with a spoon, scooping up bites of both pear and cheese. <br><br><strong>One more thing:</strong> Topping it with a sprinkling of thinly sliced basil or finely chopped thyme will add a burst of color and a citrusy note.
Thinkstock/elena_hramowa