Talk about throwing salt in a wound.

The Japanese researcher behind a new study that links an ingredient found in McDonald’s French fries with a treatment for baldness admits eating the fries will have no effect whatsoever.

Professor Junji Fukuda of Japan’s Yokohama National University said his team was able to mass-prepare thousands of “hair follicle germs” in a form of silicone called dimethylpolysiloxane, Science Daily reports. The researchers were able to transplant the cultured follicles onto mice and see further hair growth.

Currently, most existing lab techniques create only about 50 “germs” at once, according to AFP.

This is a potential breakthrough, as the preparation of hair follicle germs on a large scale has previously been a big obstacle to hair regenerative medicine.

McDonald’s uses dimethylpolysiloxane as an anti-foaming agent in its frying oil for French fries, Chicken McNuggets and Filet O’ Fish sandwiches. The foodie blog GrubStreet notes that some outlets are pushing the notion that eating fries might cure baldness thanks to the connection.

Fukuda says the misinterpretation of the research baffles him.

“I have seen online comments asking, ‘How many fries would I have to eat to grow my hair?’” he told AFP. “I’d feel bad if people think eating something would do that!” 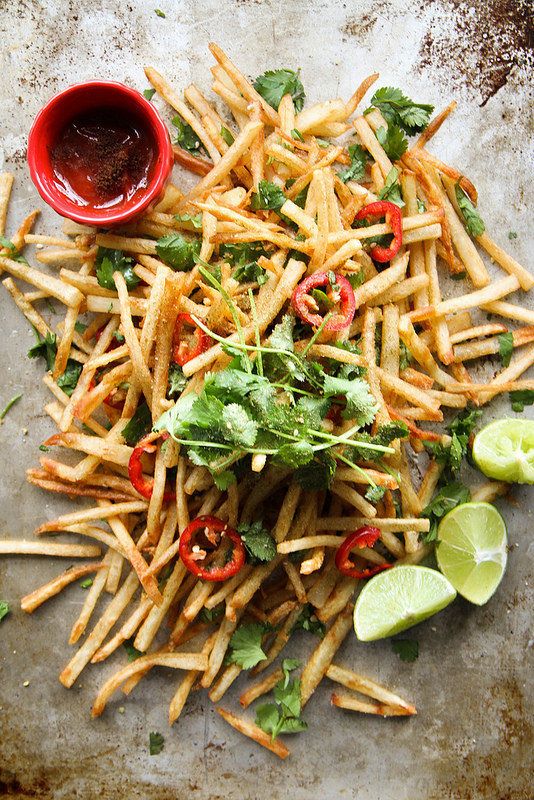