NEW YORK--In a landmark decision handed down in spirited fashion last Friday, Manhattan federal court judge Deborah Batts ruled against Richard Prince and the Gagosian Gallery in a copyright lawsuit brought by French photographer Patrick Cariou, who claimed that the prominent appropriation artist had unlawfully used his photographs in a series of paintings and other works. The ruling both affects millions of dollars worth of Prince artworks and promises to send tremors though the art community at large, where appropriation has become a widespread artistic strategy despite its often tenuous legality under the United States' statute of "fair use."

Filed in 2008, Cariou's lawsuit stems from photographs that he took of Rastafarians in Jamaica over six year and then published in the 2000 book, "Yes, Rasta." According to the suit, Prince then lifted 41 images from the book for a series of artworks called "Canal Zone," which were featured in a Gagosian show that opened in December 2007. Several of the artworks, which were composed of Cariou's images overlaid with brushy strokes in the style of Willem de Kooning and collaged with pornographic images, sold for more than $10 million, with other collectors acquiring several more million dollars worth of art for Prince and the gallery through trades. Cariou received no compensation for these works, and both Prince and gallery representatives testified in court that they had not requested permission to reuse the photographs.

In a 38-page decision that draws legal precedent from cases involving the music and movie industries as well as a 1992 case against Jeff Koons that involved appropriating a commercial photograph, Judge Batts rejected the defense put forward by Prince and Gagosian that the artworks were "transformative" -- thus constituting fair use -- and that Cariou's photographs did not constitute creative works in their own right because they are mere "genre" photography: "Unfortunately for Defendants, it has been a matter of settled law for well over one hundred years that creative photographs are worthy of copyright protection even when they depict real people and natural environments." Prince's paintings, she concludes, are "instead infringing derivative works."

The ruling also stated that the Gagosian show damaged Cariou's ability to profit from his own work. According to the document, the photographer had planned to show his "Yes, Rasta" pictures at the New York gallery of Christiane Celle, but she canceled the show after finding out about the Gagosian show "because she did not want to seem to be capitalizing on Prince's success and notoriety," according to Celle's testimony, "and because she did not want to exhibit work which had been 'done already' at another gallery."

In her ruling, the judge demanded that all works and materials relating to Prince's "Canal Zone" be "deliver[ed] up for impounding, destruction, or other disposition, as Plaintiff determines," and that the defendants "notify in writing any current or future owners of the Paintings of whom they are or become aware that the Paintings infringe the copyright in the Photographs, that the Paintings were not lawfully made under the Copyright Act of 1976, and that the Paintings cannot lawfully be displayed." An 11 a.m. hearing has been scheduled for May 6 to assess damages and attorney's fees that Cariou will be due. 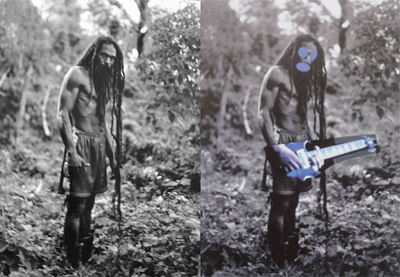 ARTINFO executive editor Andrew M. Goldstein spoke to Cariou about the decision, and what he plans to do next. (A Gagosian representative did not reply to a request for comment.)

Where do things stand with the proceedings today?

There is an expression in Jamaica, "pressure drop," and the pressure drop that the judge made was to send the letters to Prince and Gagosian. Now what happens depends on whether they care about their reputations or not. It's also extremely costly. One can expect that 99 percent of the people want to return the paintings and get their money back, so that's $10 million right there. And they only have seven days left.

What do you think their options are to fight the ruling?

They have one option that they can try to go back to the judge to ask for 20 days more, but basically we don't care. But we will still fight that. The other option is to negotiate. Basically, this whole thing shouldn't have gotten this far. I don't know why they took the risk, whether it's pure arrogance or not, but I don't know why they went this far. Now they're obviously in a bad situation to start the negotiation.

Since the judge has ordered that all of Prince's paintings and other materials relating to "Canal Zone" be handed over to you, what do you plan to do with them? 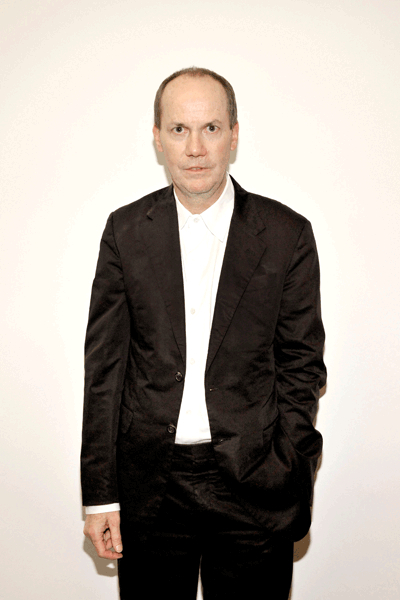 It not clear right now what I am allowed to do with it -- we have been asked to check that with the judge. I don't want to talk too much about that. I can destroy them if I want to, but that's also an extremely drastic decision to make. Destroying art if you don't like it, that's something you have to think extremely deeply about. We'll see. What I wish I could do is get some money from them and open a foundation in Jamaica for Rasta kids in the West End near Negril, a school probably and a restaurant for them where they could hang out together. There are also lot of people who need attention in Jamaica, it's a very poor country so there are many options.

How will you pay for it?

If I could sell those paintings for good money... I'm not really sure what the art world is going to think about that. On the one hand, people could say, "That's a piece of shit, I don't want that." On the other hand, they could see them as important to art history. But the decision was only made on Friday, and we're not sure how far the judge would go. From Friday, all of those paintings are unlawful, so I would have to be given the right to sell them. And this is not done yet, it could be finished this week or it could last a year or two again. It's on them now.

Do you have any plans to show your "Yes, Rasta" photos now?

I might, but I won't do it right away to try to capitalize on the noise that's going to be made in the next two weeks. I'm just going to sit on it. I'm not looking for instant recognition in my work. I'm trying to make my work and be as good as I can be, and then let it grow into what it's going to become.

What do you think the impact of this decision will be on the art world?

In my opinion copyright law is badly done, because there is one word in that law that makes everyone really confused, and that word is "transformative." It took me over a year to understand what that meant, it was explained to me and I didn't get it, and I don't think I'm but I didn't get it. It has to be transformed for a purpose, that's what it is, and that's what the judge is saying, and it's going to bring some sanity into the appropriation world. You can comment on the original work, or you don't copy it, or you get a license -- it's a really simple thing. I was in the room when Prince and Gagosian were deposed and they have an overwhelming sense of power. They think that they're untouchable. Prince got away with it for 20 years, and when he got into the courtroom he was like, "What am I doing here?" What [using my work] was, at the end of the day, was a quick fix where Gagosian could make a few million and then move on to something else. And we're not talking about using one or two pictures, were talking about 41 pictures. At least go and pick up other books about reggae, you know?

Appropriation has become an art strategy used by people like Richard Prince and Jeff Koons, but also young artists who have adopted it to make their work. Do you see this ruling as having any negative effect on artists?

It's going to educate them. I don't think it's going to harm anyone. I don't think artists should be offered a different standard from anyone else. When you're 12 years old your parents tell you "Don't steal the candy," and we all try to apply that rule, and if you don't people sometimes end up in jail. I'm interested in Warhol's use of the Campbell soup can and Rauschenberg using readymade things -- that I'm okay with. If it's to steal photographs or paintings to create something, you shouldn't be an artist in the first place. To me Richard Prince is more of an art director than an artist. I think he's a good art director, and a great thief.

What projects are you working on now?

I have a book galled "Gypsy" that will come come out in two months from PowerHouse books. It's photographs of gypsies all over the world. It took me ten years to do it. I started in Rajasthan, India, where gypsies came from, and I traced their routes through Pakistan, Iran, Iraq, and other places. It wasn't full-time, but I worked on it whenever I had the money and the strength. There are 192 photographs, and there are a few galleries interested in showing them, but to tell you the truth I'm just focused on the lawsuit this week. It's just one battle that has been won, not the war. It really will depend on what they do next.