No, Twitter is actually not six years old yet. I am talking about using Twitter when you are only 6 years of age. 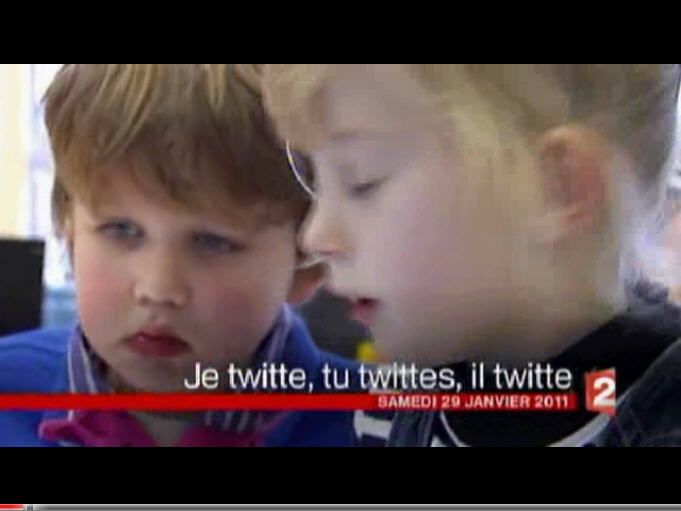 Yesterday on French television, the evening news had a segment about a teacher in Dunkirk (Dunkerque for the natives) who is using Twitter in the classroom to teach French to his first-grade pupils.
Jean-Roch Masson, the teacher, explains that you become a good reader by first being a good writer.
"In your next tweet, you need to mention something that made you laugh or something that made you smile" he instructs the class.

I guess the 140 character limit is more than plenty for kids to write simple sentences in just a few words. 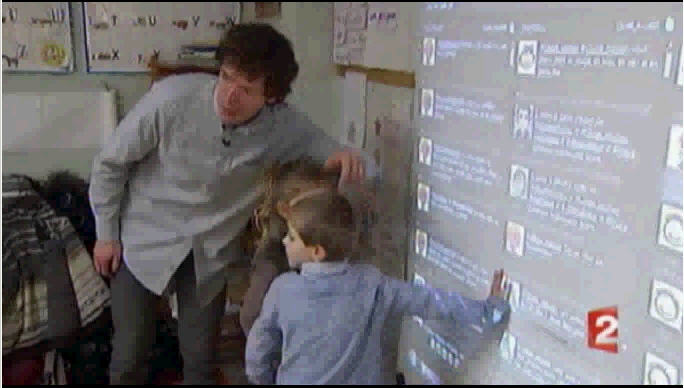 And, as the youthful Mr. Masson seems to be technically inclined, kids are asked to come to a large interactive projection screen instead of a chalk-board to explain their own tweets and dissect the tweets from their schoolmates.

"You need to read them, and then respond", says a little girl.

"... and in between you need to think, think and think again." 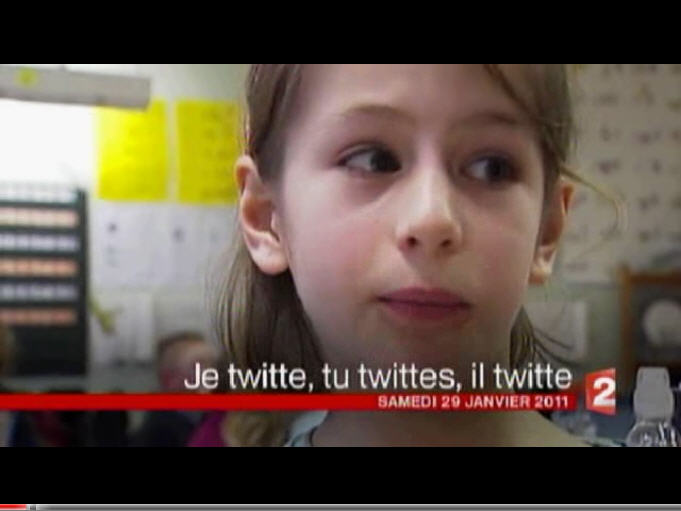 She made my day. Thinking as a kid's favorite activity. I wish it was also the favorite thing that most adults would do before they actually post a tweet.

Parents were somewhat less enthusiastic. Imagine your 6-year-old coming back from school and asking permission to open a Twitter account. I am not sure if Twitter is actually safer than email or instant messaging. It does prevent strangers from sending a direct message to someone who is not following them already. One more thing for me to think about before I write something...

Anyhow, kudos to Mr. Masson and his class for what seems a great way to get the kids engaged in writing good sentences in French, a language with even more grammar and spelling exceptions than rules. And all this in 140 characters.
"Je twitte, tu twittes, il twitte ..." is how you would conjugate the verb in the present tense in French.