(AP) SYDNEY -- A French skyscraper climber nicknamed "Spiderman" was arrested Monday after scaling a 57-story building in Sydney with his bare hands.

Alain Robert, known for climbing some of the world's tallest and best-known buildings without ropes or other equipment, was arrested at the top of the Lumiere building downtown.

He climbed the building in about 20 minutes, as dozens of people watched from below.

"I'm sad he's been arrested, but hopefully he'll get out soon and we can have some champagne," said his agent, Max Markson. A SLIDESHOW OF SOME OF ROBERT'S BEST STUNTS OVER THE YEARS:

He has not yet been charged. Last year, Robert was fined 750 Australian dollars ($676) for climbing the 41-story Royal Bank of Scotland building in Sydney.

Many of his past climbs have resulted in arrests and fines.

The 48-year-old has climbed more than 70 skyscrapers around the world, including the Empire State Building, the Sears Tower and the Petronas Towers in Kuala Lumpur, according to his website. 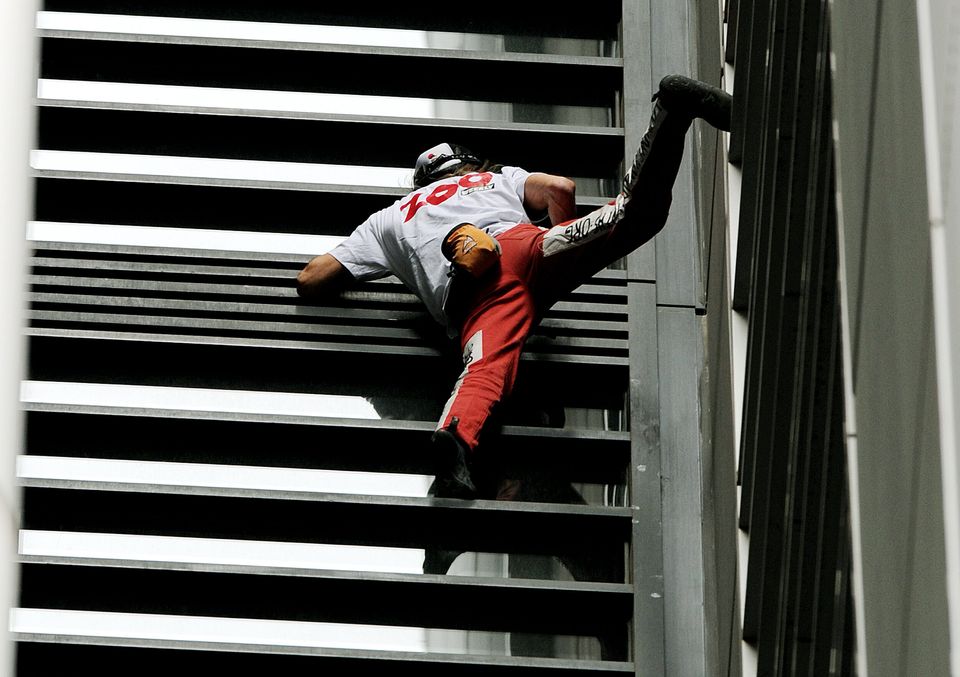