If you can recite the entire "The Fresh Prince of Bel Air" theme song, then you'll enjoy this.

They haven't been an on-screen family for nearly 16 years, but the cast of the TV show that made Will Smith a household name, have kept in touch.

Smith wrote, "Got the Holiday season started right with a "Fresh Prince of Bel Air" reunion...there's nothin' like spending Holidays with fam! "

According to TMZ, the photo was taken last week at a luncheon for Parson's charity Sweet Blackberry, a non-profit organization aims to share stories of African American achievement with children.

Of course it wasn't a complete reunion -- noticeably absent were Daphne Reid and Janet Hubert who both played Vivian Banks, and Joseph Marcell, who played everyone's favorite wisecracking butler, Geoffrey. 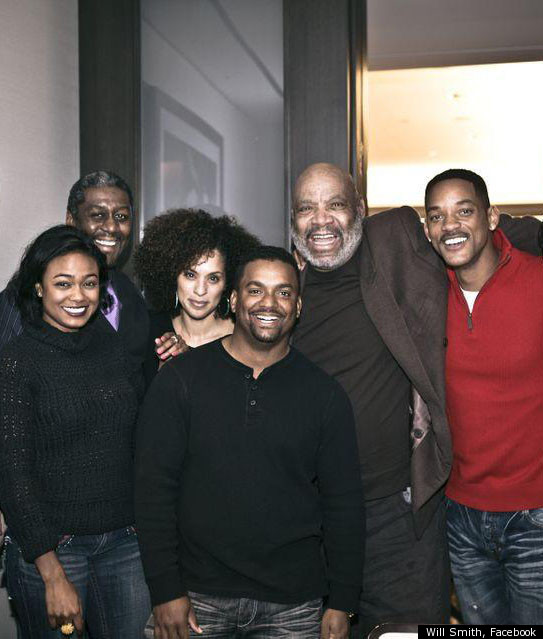